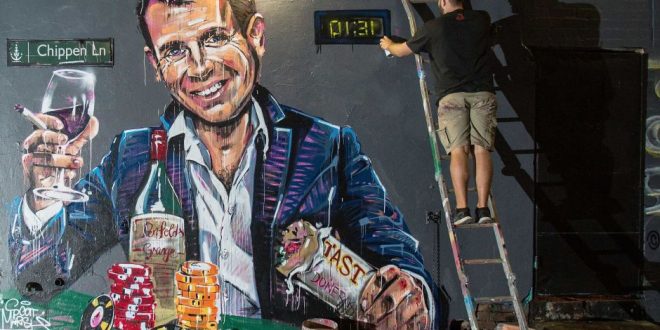 Free as a Baird

If Premier Mike Baird were an honest politician, his next campaign slogan would be “lock em’ out and lock em’ up”; a catchphrase that neatly summarises the goals of his administration.

Two years ago—after slipping on a puddle of $3000 wine—Mr Baird fell head-first into the premiership without a peep from the population. Since then, he and his trigger-happy Attorney General, Gabrielle Upton, have sprayed our state with legislative bullets; targeting the young, the ethnic and, most recently, the unassuming communities of rural NSW.

In March, the NSW Government passed the Inclosed Lands, Crimes and Law Enforcement Amendment (Interference) Bill, making it an offence to gain “aggravated unlawful entry on inclosed lands”. In simpler terms: they passed anti-protest laws, in a bid to thwart the efforts of those campaigning against dangerous Coal Seam Gas (CSG) mining.

The new laws mean a 900 per cent increase in the fine for unauthorised entry on to CSG sites. They also give police greater search and seizure powers, and remove legal safeguards for genuine protests and organised assemblies. Perhaps most alarming though, is the provision that could see anti-CSG protestors jailed for seven years. Ironic, considering the maximum jail term in Australia for poisoning a water supply is only five…

The proposal was condemned by the NSW Bar Association, the Law Society of NSW, notable environmentalists and academics. A survey conducted by the NSW Nature Conservation Council, also revealed that 61 per cent of respondents were opposed the amendments. Yet Mr Baird stood by his injudicious bill, claiming that “there’s no problem” and the measures are entirely “appropriate”. Question: is the State Government simply indifferent to the voices of its people? Or genuinely blinded by its own ambition?

Either way, Unions NSW is stepping in to reclaim the rights taken from the farmers and rural communities, who are simply fighting to protect their land, livelihood and legacy. They plan to initiate a constitutional challenge against the Baird Government in the High Court

Secretary of Unions NSW, Mike Morey, explains, “the grounds of the challenge would be [that] it’s interfering with peoples’ right of political expression in this state. They are the grounds we’ve fought this government on before and won.”

“If there are grounds to actually mount a legal challenge around these laws then we will certainly do it,” he said.

“This is about the Baird government, trying to shut down any dissent in this state about what it’s doing. It’s just un-Australian.”

Indeed, this anti-dissent attitude reflects a greater trend threatening our state. First the introduction of the lockout laws, which imposed a citywide bedtime on the people of Sydney. Then, amendments to the bail laws, which effectively negated the presumption of innocence underpinning our justice system. Now, extraneous anti-protest laws, which undermine individual freedoms and liberties—the cornerstone of democracy.

This pattern of hurried, cause-effect lawmaking is irresponsible, irrational and indicative of an Orwellian New South Wales. It is not unnoticed, and it needs to end.

Share
Previous The Achievements of Women in Sport: Why are they still being forgotten?
Next 6 Weeks in Broome