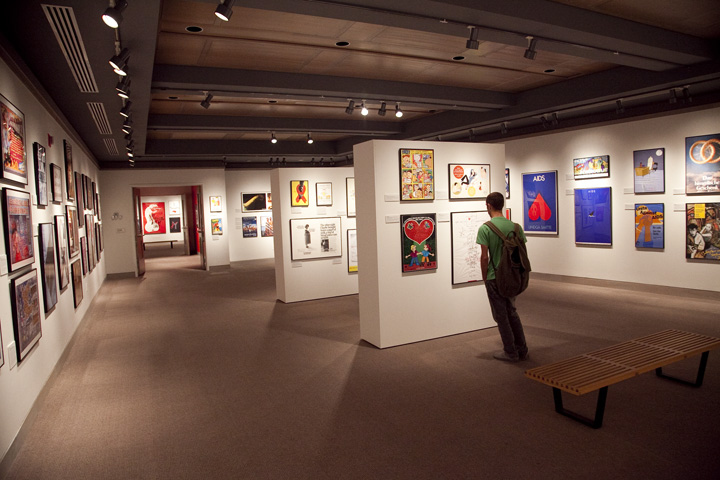 As I’m told by a montage of moving lips on a screen, Barbara Cleveland’s work was driven by an interest in complicating the relationship between the artist and the audience. And that it does. In a hectic video of words and letters, spoken and spelt, we get to witness a myriad of artists and scholars blending together visually to discuss this character, Cleveland, in the piece Performing Barbara Cleveland (2017).

The work is a collage of performances that raise questions about authorship, piecing together fragments from Eugene Choi’s This Moment (2016), Professor Anne Marsh’s Archives, Performance Art and Feminism/s in Australia (2016), Salote Tawale and Get to Work’s Making History (2016), and the collaborative work B.A.B.S (2016) by Amy Ireland, Virginia Barratt, and Francesca da Rimini.

As an art collective informed by queer and feminist ideologies, Cleveland is critical of the male avant-garde. And so I question the inclusion of Mike Parr’s performance in Barbara Cleveland Eats an Apple (2016). In the collaged video, he powerfully dominates the screen as he eats an apple in a dress, his lipstick smeared across his face. Cameras flash around him as a large audience watch him perform. Is this supposed to be Cleveland, with her gender complicated by a successful male artist in drag?

This masculinity is amplified by Get to Work’s piece for the exhibition. Barbara Cleveland and Get to Work have a working relationship as mentor and mentee respectively, and the exploration of history and memory through the body are apparent in the aesthetics of their exhibition, as both collectives play with text and manipulate it to generate meaning.

“THIS IS FICTION. PART FACT. PART FICTION” appears above Barbara Cleveland’s Performing Barbara Cleveland (2017), cementing Get to Work’s, use of mixed textual meaning in the piece (a.l.o.t.o) a league of their own (2017). “ORIGINAL” and “AUTHENTIC” dazzle on the silver badge at the top of the Get to Work cards, ironically undermining what we see as art, and the meanings that are being created for us. Each one of us sees what we want to see, ignoring what doesn’t work within the boundaries of our individual sense of truth and fiction.

In (a.l.o.t.o) a league of their own, Get to Work appear on larger than life sport cards, reminiscent of trading cards. The characters interact with sports, standing with dominant stances, avoiding or commanding the gaze of the audience. I don’t know where to look as I watch the interactive players on the screens. Do I watch the balls that keep coming into the picture, or the players sending them back to where they come from?

They look so bored and unsatisfied with my attention.