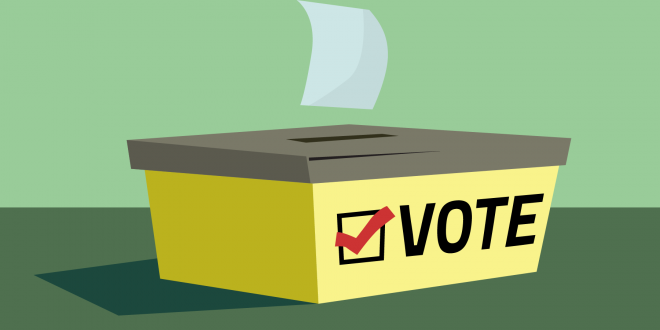 Feel like you don’t know anything about the policies of the major parties this election? Read this

As the Australian Federal Election looms and the news cycle reaches a fever pitch, Tharunka tracks the key promises of the major parties for young voters.

The Coalition (The Liberal Party and the Nationals)

Education – At the end of 2020, the Morrison Government changed the government’s university funding structure resulting in social science courses and degrees becoming significantly more expensive. This will not change. They have also promised 800,000 new training places in TAFEs across the country and the introduction of cash payments for apprentices in high-demand industries.

Corruption – The Morrison government remains adamant that a Federal Anti-Corruption Commission is off the table if they win government. Their proposed alternative, a Commonwealth Integrity Commission, has significantly reduced authority to investigate government officials.

Defence – The Coalition has committed to ensuring that 2.0% of Australia’s GDP is allocated to defence spending. They have also proposed a $38 Billion dollar expansion and a commitment to expanding the number of uniformed defence personnel by 18,500 before 2040.

Health – The Coalition’s health policy promises to lower the cost of all medicines on the Pharmaceutical Benefits Scheme (PBS) by $10, maxing the cost for any given medicine at $32.50. They have also pledged $273 million dollars to subsidise access to glucose monitoring devices. These devices are integral in supporting people with Type 1 diabetes.

Housing – The government has committed to expanding its First Home Buyers and Family Home Guarantee Schemes, whereby first home buyers will not be required to pay insurance if they can only offer a 2% or 5% deposit. The Coalition has also committed to raising price caps on properties by between $50,000 and $250,000 (depending on the location of the property). This means that buyers will have a greater price threshold in which they will not be required to pay transfer duty (tax on property transfer).

Climate Change – The Coalition government has committed to net zero emissions by 2050. Notably, its strategy is centred around the development of “low-emissions technologies,” including carbon capture and storage, low-emission steel production and the use of hydrogen to lower fuel emissions. 15% of emissions reductions will be achieved with technology that does not yet exist.

The Labour Party, also referred to as “The Opposition”, is the second-largest party in the Australian Federal Parliament and the most direct threat to the Morrison Government based on current polls. They are led by Opposition Leader Anthony Albanese.

Education – The Labour Party are currently pledging to create 20,000 new university places which are geared towards bolstering industries dealing with skills shortages. The policy is also aiming to allow specific enrolments for students from regional and remote areas, disadvantaged people, and First Nations people. They have also pledged to cover the cost of 465,000 TAFE positions over the next four years and spend $50,000,000 upgrading various laboratories, workshops, and IT systems across the country. Labour also plans to pay for 10,000 apprenticeships within the renewable and clean energy sector.

Corruption – The Labour government aims to establish a Federal Anti-Corruption Commission by the end of 2022. The commission would be similar in structure to the NSW ICAC, in that politicians and public servants would be open to public investigation. It would also have the power to initiate its own investigations (rather than have issues brought to the Commission) and investigate issues that happened in the past, prior to its inception.

Defence – Labour has offered policy for defence which closely mirrors that of the coalition, with 2.0% of the nation’s GDP being allocated to defence spending. Albanese has also expressed Labour’s intent to open a “Defence Posture Review” which will monitor Australia’s defence resources and strategy.

Health – Labour has promised to offer cheaper medicine prices than the Coalition, lowering the cost of medicine on the PBS by $12.50 to a maximum cost of $30. The establishment of 50 ‘urgent care clinics’ has been promised, aiming to take the stress off emergency departments in hospitals. These centres will receive $135 million in funding over four years and be based on doctor’s surgeries and GP clinics. They will operate seven days a week between 8am and 10pm.

Housing – Labour has announced a ‘shared equity scheme’ as its main housing policy. This scheme would mean that the government buys 30-40% of a property with the owner, and then over time the owner can buy that 30-40% off the government. They have also announced a $10 billion dollar Housing Australia Future Fund with which they aim to build 30,000 new social and affordable houses. A portion of these houses will be reserved for frontline workers and women fleeing domestic violence.

Climate change – The Opposition’s climate change policy also commits to Net Zero Emissions by 2050, with a target of 43% reduction by 2030. Other commitments include investment in green metal production (metal produced using renewable energy), making electric vehicles cheaper and more accessible, upgrading the electrical grid with a higher tolerance of renewable energy and the installation of community batteries and solar banks nationwide.

The Greens are the third-largest party in Australia, and they market themselves by pushing progressive policy in both the social and economic spheres. They are led by Adam Bandt.

Education – The Greens are firm believers in free university and TAFE for all. They also advocate for the elimination of all student debt and are pushing for the removal of government funding of private education providers.

Corruption – The Greens are vocal advocates of an Independent National Integrity Commission (their version of the Federal ICAC) which can publicly investigate MPs for misconduct, both recently and historically. They have promised to commit $119 Million to establish the commission.

Defence – Adam Bandt’s party are strong advocates for military de-escalation and has pledged to only allocate 1.5% of Australia’s GDP to military spending. They have called for a “reallocation and reduction in Australian military expenditure.” Other policy points include raising the age of enlistment to 18 and the banning of ads that promote joining the armed forces.

Health – The Greens have not provided an explicit health policy, although they do have a series of “aims” that they wish to bring forward in future. One of these major aims is the inclusion of dental care into Medicare. Free and universal access to GPs nationwide and the provision of free menstrual health products are other major aims.

Housing – The Greens have committed to building one million affordable public and community houses over the next twenty years, and additionally provide $7 billion to improve existing public housing over the next ten years. The aim is to fund these programs by taxing major companies and Australians from the wealthiest brackets.

Climate Change – The Greens are pushing for Net Zero by 2035, fifteen years earlier than the Labour and Liberal policies. They want to aggressively phase out the use of fossil fuels and ensure that Australia converts to 100% use of renewable energy as soon as possible. The Greens also aim to invest in renewable industries and make the use of electric cars more accessible. The funding, it says, will come from the taxing of major corporations

Previous Labor emerges victorious in UNSW Federal Election Debate
Next What is a hung parliament and what does it mean for me?