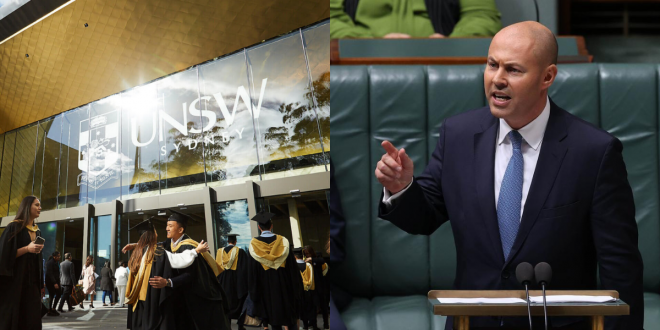 The Morrison Government announced innovation and research as key priorities for the higher education sector in the 2022 Federal Budget, but university students are disappointed that their concerns have been overlooked.

Acting Minister for Education and Youth, Stuart Robert, announced that funding for higher education will be $20 billion in 2022-23. This is a “record level of annual funding, which will continue to grow over the forward estimates,” he said.

“This Budget confirms our strong commitment to supercharging university innovation and industry collaboration, with more than $1.2 billion to be invested in research commercialisation opportunities over the next 5 years alone,” said Minister Robert in his media release.

“This research investment package allows universities in Australia to say that we are producing the best and brightest, we are leading the new frontier of technology, medicine and defence,” said Pratham.

“We want to become the leading education sector when it comes to new technologies and products on the market, because that is how we distinguish ourselves as one of the leading economies.”

But UNSW’s Student Representative Council (SRC) described university funding in the Budget as a “joke”.

“It is hard to find anything designed to tangibly improve student experiences and learning outcomes. A 5.4 percent decrease in spending on higher education and nothing to meaningfully address the things that affect young people and students disproportionately, like housing, is just unsatisfactory,” said SRC General Secretary Nick Palmer, who is also a member of the UNSW Labor Club.

The National Union of Students (NUS) also raised concerns about the lack of support for international students who are finally returning to local campuses after being shut out because of the COVID-19 pandemic.

“There have been 130,000 international students who have entered Australia since November 2021 – yet they were barely mentioned in this Budget. This is Scott Morrison once again letting down the most vulnerable students,” said Georgie Beatty, NUS National President.

In the 2022 Budget, the Government addressed the rising cost of living by proposing a one-off $250 payment for eligible recipients, including students who receive youth allowance, Austudy and ABSTUDY payments.

“In 2021, inflation grew by 3.8 percent whereas wages only grew by 1.7 percent, so these short-term payments that can be used within one week, do nothing to address the long-term burden of the cost of living,” said President of the UNSW Labor Club, Jacqueline Price.

In his Budget reply, Opposition Leader Anthony Albanese outlined a plan for “secure work and more opportunities for training with more university places and 465,000 fee-free TAFE places, and the creation of Jobs and Skills Australia.”

“Education is the biggest and most powerful weapon we have against disadvantage,” said Mr Albanese in his speech to Parliament.