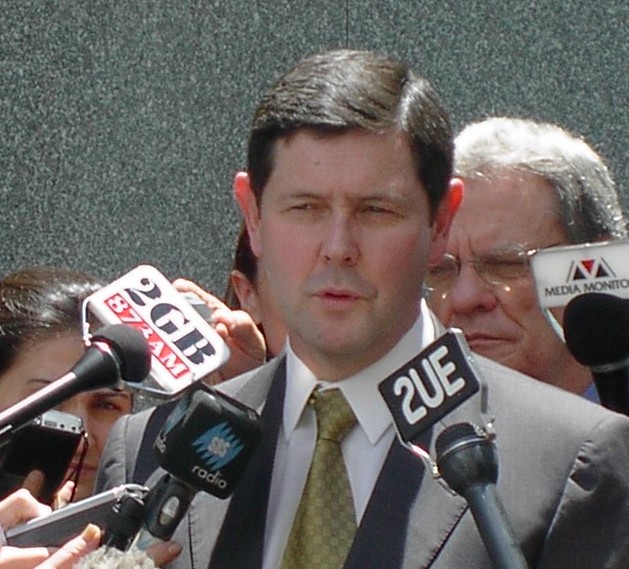 A Farewell to Welfare? Last month Minister for Social Services Kevin Andrews announced a review of the Australian welfare system. He said that it was crucial to introduce widespread changes before Australia finds itself “in the situation that some of the countries in Europe are in.” Clearly he doesn’t mean covered in snow and full of cobblestone streets, he means an economy crumbling under the crushing weight of a population supposedly living on welfare payments. This is obviously a situation we should avoid, but then I began to wonder if more was going on than a desire to avoid IMF bailouts and international criticism.

What struck me was that our welfare system has historically been different to those of the European nations. According to figures published by the OECD, the Australian government spent 8.6% of national gross domestic product (GDP) on welfare in 2013. Given the global economic climate, this figure has been stable over the past 20 years, reaching a high of 9.1% twice under the Howard government. What is even more impressive is that this is less than the minimum most European countries spent on welfare during the same period. Since 1993, Italy and Poland have spent more than14% of GDP, while France has spent upwards of 16%. Australia’s consistently low payments suggest that our welfare system is stringently regulated, this gives little indication that we are headed for a situation similar to Europe. In fact, they make any references to Europe look a like a scare tactic.

Interestingly, Andrew’s own department is developing a policy of giving married couples and couples in long term relationships $200 vouchers for relationship counselling, a move that is seems contrary to his stated views on welfare.. A one year trial with 100 000 couples is estimated to cost twenty million dollars, a sizeable sum to be spending while calling for a review of the welfare system. To me, it looks like an attempt at vote buying.

Doubting this review was justified, I began  investigating what the review entails. One possible reform that Andrews has raised is the reintroduction of  work-for-the-dole. This reflects Andrews’ belief that ‘work is the best form of welfare’, a sentiment that is a little too Orwellian for my liking.  It has been suggested that the scheme would require people receiving unemployment benefits to participate in unskilled work such as collecting rubbishing and maintaining parks and aged care facilities.

The aim of such a scheme is to make receiving payments cumbersome, thus creating incentive to look for employment. However, a 2004 study conducted by the University of Melbourne’s Institute of Applied Economic and Social Research found that the Howard government’s work-for-the-dole policies were ineffective in reducing the numbers of people receiving unemployment payments. It actually reduced the time that people had to look for employment without improving their skills. While the scheme did benefit some, many reported feeling  alienated from the workforce. As if this wasn’t enough, they are payed less than minimum wage, compounding the social stigma.

Supporters of the scheme invoke the image of the ‘dole bludger’, people they allege have no plans for the future other than to live on welfare. This is reinforced by politicians and the media, who tend to refer to people receiving welfare payments as ‘customers’. In reality, customers have both financial power and choice. Using this term to refer to people receiving welfare payments implies that they have chosen to be in this situation. I receive AUStudy payments of $250 dollars a week, roughly equal to Newstart payments. Once rent, groceries and bills are taken care of there is little left, probably not even enough to buy video games. I can’t begin to imagine what it would be like to support children on such an amount. No one would choose this.

In the last 5 years the number of people receiving Newstart has risen by 131 980 (including over80 000 single parents with children over the age of 8 who were moved to Newstart at the beginning of 2013). Interestingly, over the same period the number of people receiving the age pension has increased by 329 906. This is more than double the increase in those receiving Newstart and the biggest increase in any area of welfare payments.

Andrews insists this is not under review. True, the elderly can’t help becoming old. But then again, many people who are without work don’t choose their situation either. To me, it has more to do with image than money. Those on the pension are our sweet little Grandparents and nobody would want to see them lose their livelihoods, reverting to collecting rubbish in order to receive their payments.

What we are left with is a policy that demeans one of the most vulnerable groups in society, while furthering the impression that they are undeserving  ‘bludgers’. And while the unemployed are weeding gardens, the government is funding financial management lessons for married couples. I bet they don’t do that in Europe.

Previous UNSW’s new colleges are here, but at what cost?
Next Thailand torn: A country at war with an unseen enemy