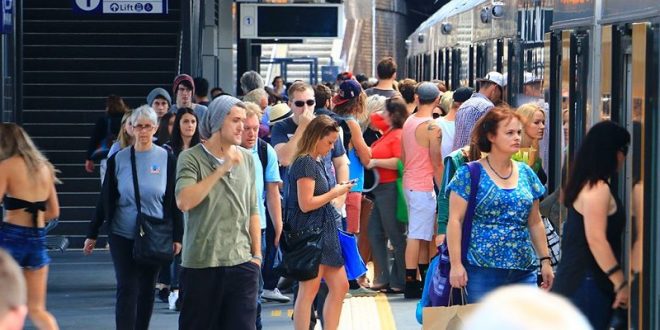 Eye Spy: A Look into Transport Mobility for People Who Are Blind

Many of us fight our own daily battles and go over our personal Everest. For many of us it’s the age-old crusade against the torturous Transport NSW. For 575,000 Australians living with visual impairment, this is their reality.

I had the pleasure of interviewing five young adults who are visually impaired, Emily, Steven, Michael, Adriana and Rebecca, to shed some light on what it’s like to navigate public transport with blindness.

In five words, how would you describe your experience on public transport?

Emily described her experience as “helpful, supportive, accommodating, accessible and comfortable,” while Steven said that it was, “alright, can be difficult sometimes.” Adriana expressed her time on Transport NSW as, “interesting, short, sometimes tedious” and perhaps most interestingly of all, “freeing.” According to Rebecca it’s quite “unpredictable,” and “changes every day.”

When do you think, if ever, you became comfortable travelling independently?

Independent travel can be a daunting experience for anyone. Bus numbers, station names, knowing which side of the road to stand on and the all-too-frequent delays that can cripple your commute. Like many others, Emily describes being truly comfortable as knowing “exactly where to go, what trains and buses to take and if there have been any changes to the bus time.” For Adriana, navigating unfamiliar terrain was a devilish quest that “took longer to be comfortable with.”

What is the most interesting incident that you experienced on a public transport commute?

We can all agree that public transport is an adventure and a half on a boring day. Steven said, “nothing really happens to me. I just put my headphones in and zone out.” Emily, on the other hand, describes a day where she had to “help another visually impaired person travel on the train.” For her, “it was a new experience,” and “having to help them board the train and telling them where we are along the commute was definitely memorable.”

Michael laughed and said that the most interesting part of all his commutes has always been “trying to find the door!”

Adriana had this rather hellish encounter. “A guy came up to me and saw my cane, started talking to me about how he can’t see either (he was sighted as far as I could tell) and then told me he was Satan and started talking about his life using plot points from the Netflix show Lucifer. Then he started hitting on me and asked for my number. He had blood on his shirt and hands…”

On the other end of the spectrum, Rebecca recalls a time when, “A man on the bus once tried to convince me to come to his church so they could pray for me to be healed. I declined but had to sit next to him for the next 10 minutes, which was rather awkward.”

Have you ever gotten lost? If so, can you describe that experience and the process of re-navigating?

While ‘getting lost to be found’ is palatable in fiction, in reality it’s much more nerve-wracking. Often it’s as simple as the time Michael “caught the wrong bus to go home, got off at the next stop and waited for the next bus to go back.”

And of course, at the heart of every misadventure, there’s the unreliability of technology. Emily said, “I always get lost when I can’t tell on the map what side of the road I’m on due to Apple Maps glitches. I usually panic for like five minutes, ask someone where I am, or I find a landmark on the map.”

Let’s start with the good stuff first; there’s a general consensus that “Staff are friendly and the platform announcer is loud so I can hear if I’m on the right platform. NSW transport is very accommodating, very accessible and most staff are very helpful. The workers are super, super helpful!! They always ask me if I need assistance if I look lost.”

What do you dislike about Sydney’s public transport?

Now on to the not so nice stuff: “Some of the notification boards are quite hard to read at some stations, even at close range. Also, some trains at the platform are a little bit away from the platform and it can be a little awkward to get on. The gap between the train and the platform is definitely an issue. I dislike not being able to read bus and train timetables, I dislike that some trains and buses don’t come often enough, and that it can take me almost an hour to get to places that are five minutes drive away from my house because transport in that direction is inadequate or doesn’t exist.”

Could you please describe what your ideal transport would look like? What features or accommodations it would have?

While Maglev trains and UberCopters would be great, our interviewees have some more practical requests. Steven, Michael and Adriana agree that “buses and trains that can conveniently go almost anywhere and not have 30-40 minute wait times if you miss a train or bus by the skin of your teeth.” Emily expresses her desires for a better transport system; “I would like all notification boards to be a bigger size at most if not all stations, as well as the train to be level with the platform since it can be difficult to get on a train that is a little bit away from the platform. Also, no gaps between all trains, announcements around public bus areas, and more frequent services all round.”

Is there something you’d wish people knew about the experience of people who are blind on public transport or in general?

“As citizens and fellow human beings, we should all learn, respect and listen to what people who are blind have to say, especially when it comes to how we think we’re assisting them.”

“Even if people are not blind but have a visual impairment and do not have a cane or even if they do, assist people when boarding – I’ve had times before where boarding trains was a little difficult. Priority seating should be given to visually impaired or blind people.”

“Please do not grab us while we are hopping on or off public transport unless we ask for assistance and even then, let us grab you – it’s much safer for me and you.”

“Don’t assume I can’t see anything at all! I am a cane user but I’m also wearing regular glasses at the same time indoors. Touching me to guide me when I’ve said I’m okay, helping me off the train when I don’t need it and almost making me fall over doesn’t help and it’s scary! Know boundaries. If I’m running to a train just like any other abled person, stop staring at me! I know it looks strange! Doesn’t mean I can’t see it at all or that someone won’t point out the fact you’re staring at me or pointing at me and making comments; keep your shitty behaviour to yourself in a public space!”

Dear abled folk, it’s 2020. Let’s all practice some general human kindness and courtesy in the long, endless commute that is life.

Share
Previous What Are We Marching For?
Next Reflections on Activism Fatigue 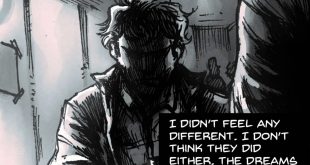 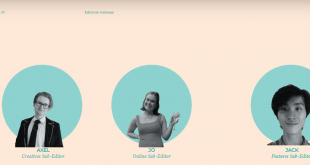 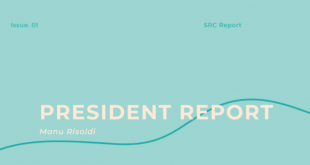 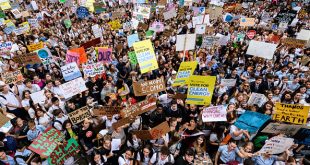 By Emma Tindale It’s a remarkable thing, social movement.  The opportunity to reflect beyond yourself, …