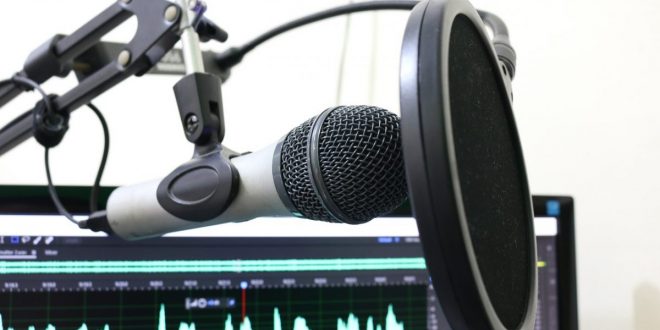 In an era when everyone with access to GarageBand has thought about starting a podcast, there has been a rising popularity in fiction podcasts. In particular, I have noticed a large number of horror and science fiction shows. There are many thematic comparisons between podcasts and films within these two genres, but one major departure is the way that they present fight scenes. The iconic lightsaber sound is ubiquitous in the Star Wars franchise, and is considered a pioneer in foley work. However, without the well-choreographed battles and neon laser beams, the audio of these films is not particularly inspiring. How, then, do you translate these fights to an audio-only medium? I took this as an excuse to re-listen to some episodes of my favourite podcasts to identify some of the different techniques.

Of course, there are a number of zappy blasters and rumbling chainsaws in podcasts. There are a handful of websites that provide royalty-free sound effects that can soundscape a fight scene using even the most rudimentary of mixing skills. However, a sound effect is not always as effective than it would be with accompanying visual. Gunshots provide a particular difficulty, in that you do not want them to be deafening, but you also don’t want them to sound like a cheap pop gun. The Penumbra Podcast is quite effective in their use of sound effects in their film-noir inspired Juno Steel series. With the less serious tone of their show, the sound effects can be a little cheesy without taking away from the tone of the show.

The thing that really gets my heart racing in horror films are the screams. You can probably picture it – there is a close up on the face of some innocent young thing as the killer approaches her, and then it cuts away to an exterior shot as we hear a chilling scream. In shots like these, you don’t even see what she’s so frightened of. Horror is useful like that – what you’re imagining is often much scarier than anything a SFX team could put together.

I would be remiss not to mention that screaming is a significant undertaking for voice actors. Prior to industrial action from actors’ unions, actors would frequently be required to record screams back to back until their throats bled. But in moderation, a scream can stand in for more complex soundscaping.

The main character of cult horror podcast The Magnus Archives is subjected to a great number of injuries at the hands of supernatural monsters. There are sometimes added sound effects, such as sizzling as his hand is burnt by a wax monster, or a squelch as a corkscrew is plunged into his leg to retrieve a burrowing worm. However, the most important sound is his reaction to these events. We don’t need to hear the knife breaking skin to know he has been cut – his pained yelp is enough of a signal.

Different volumes and pitches of wailing aren’t always an indication of how badly a character has been hurt. That’s why I’m particularly fond of gamified battles. This occurs in actual play podcasts, which are recordings of a group of players playing TTRPGs (Tabletop Role-Playing Games) like Dungeons & Dragons and Pathfinder. These podcasts are heavily story driven, albeit in a non-traditional way. Popular D&D podcast The Adventure Zone is now producing graphic novel versions of their first campaign, two of which have become New York Times Bestsellers. However, battles are a key part of TTRPGs, and I appreciate the numerical value of an attack. If I hear a gunshot and a cry, I know a character has been hit, but have they been hit in the chest or the arm? Are they moments from bleeding out? The stakes need to be clarified by the following dialogue, whereas in actual play podcasts, we know how bad the hit is as soon as it lands. A 2 point attack is less serious than a 22 point attack, a character on 1 hit point is in substantially more danger than a character with 10, and so on.

The final representation of violence I’ve come across is reporting after the fact. This is similar to an audiobook in some ways, but the use of first person and epistolary format make it feel much more realistic. The Alice Isn’t Dead podcast is presented as a series of audio diaries from Keisha to her missing wife, Alice. In the first episode Keisha describes seeing a man eating another man at a truck stop. Even though this has already happened, the outstanding quality of the writing, soundscaping, and voice acting make it much more immersive.

These types of reports are usually in a broader frame narrative, and more direct forms of audio violence occur at other points. The first episodes of The Magnus Archives consist of the main character reading statements of people who have had an experience with the supernatural. As the story progresses, the frame narrative becomes more prominent, and other techniques are introduced.

One notable exception is the genre-defining podcast Welcome To Night Vale. In its eight year run, all attacks, battles, and fights have been reported. This is because Welcome To Night Vale presents itself as a radio broadcast, and the main character is reporting the goings on in his town as they happen.

As you will no doubt read in other articles in Tharunka this month, violence is not limited to the kind dispensed at gunpoint. Podcasts often deal with explicitly political concepts of the kind that would see a Netflix series cancelled after the first season. Some podcasts take a directly allegorical approach, as we see with the final season of The Magnus Archives. The characters enter an apocalyptic domain that is heavily inspired by the immolation of the Grenfell Towers in 2017. These tragic deaths were the result of chronic negligence on behalf of the landlords, even though they were not the ones who set the towers ablaze. Themes such as government corruption, police surveillance, and systemic poverty are common in other podcasts. Though this can lead to more direct violence, they are sometimes present on their own, manipulating and destroying the lives of characters in subtle but pervasive ways.

Previous The Effects of Consuming Negative News
Next Children in Detention: Why Are We Locking Up Kids As Young As 10?