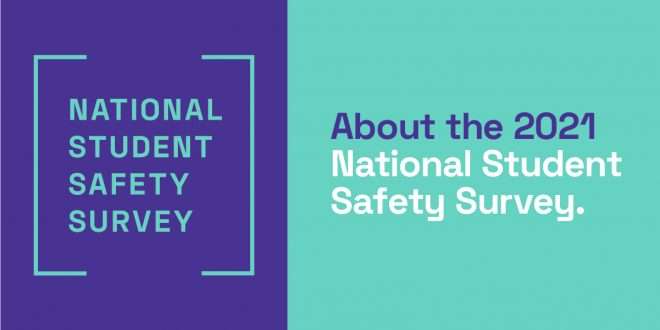 Following the release of a report into sexual harassment at Australian universities, UNSW experts respond with concerns about its methodology.

The National Student Safety Survey (NSSS) results were released by the Social Research Centre on March 23, 2022. This marks the second NSSS, following an initial survey conducted in 2016. The second NSSS was sent to 10,000 randomly selected UNSW students last year.

The methodology of the NSSS was criticised from the beginning, with several concerns reported around sample size and inaccessibility.

“1,400 responses from a University of 55,000 students is a very small number. That’s about the size of beginners engineering, or a business course. Having said that, I am not going to suggest in any way that 1,400 responses are not important. The fact that we’ve even had 1,400 experiences is troubling.”

“We don’t know if we have as many international students as we should, or as many students from Aboriginal and/or Torres Strait Islander background who participated. So, I’m always worried with this kind of survey instrument about the people who are left out, who are frequently the people most likely to be affected.”

The NSSS report also does not make any official recommendations, which has come under fire by The National Union of Students (NUS), according to their media release.

“We are told there will be no recommendations in this report as Universities Australia believes that universities already have the attitude of zero-tolerance. In turn, they are shifting the focus onto behaviours and ignoring the nuance that comes with the need for more lighting and safe transport on campus, the need for Residential/College reform and increased survivor-centric support- especially for the autonomous groupings most at risk.”

In response to the NSSS report, UNSW announced they will be releasing a new strategy to address gendered violence which will be released in May.

“We want to hear voices from different cohorts and demographics around the university, survivors and others, to shape a strategy that is going to be impactful, especially when we’re looking at groups that are particularly at risk,” Communications and Engagement Manager for the Division of Equity, Diversity and Inclusion, Abi Scott, said.

Bhattacharya also announced that in early Term 2, the SRC will be releasing a report with responses compiled from student leaders, collectives, clubs, societies and the general student population regarding the NSSS.

“We’re collecting feedback from them about what their thoughts and sentiments are about the survey, because we want to make sure student experiences are validated and if students have suggestions on things that can be improved. We are also comparing and sort of compiling data internationally as well, across different campuses, around the countries in the world, where you have large college and sort of university cultures as well, to understand how they approach this.”

In five years’ time, if they commission another report, Bhattacharya hopes the numbers will drastically improve.

“I want all the numbers to be at zero. I want all numbers except awareness to be zero.”

If you have witnessed or would like to report sexual misconduct, the Sexual Misconduct Portal can be found here.