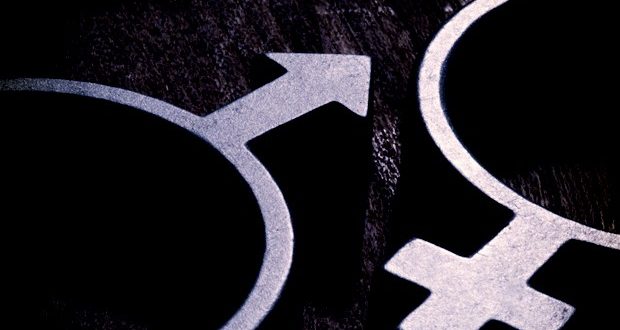 What Even is a Male Feminist?

In The Second Sex, Simone de Beauvoir recounts the comments of one of her (male) students explaining why he isn’t a feminist. For every female doctor or lawyer, he explained, they’re taking one of our places. This argument retains its capacity to shock today because it is so nakedly self-interested and entitled. It is also to a certain extent wrong-headed: the more women actively participate in the workforce the bigger the workforce becomes, meaning more employment opportunities in total. To a certain extent, however, the argument is undeniably correct. Men have benefited from structural inequality and gains made by the feminist movement come, at least partly, at the expense of male opportunities.

I must protest from the outset that I don’t think that is at all a bad thing. A clearly unfair society should be made more fair, but I merely observe that such a move is necessarily detrimental to the people that have profited from its unfairness. This why the UN’s He for She campaign and male feminism more generally rests slightly uneasily with me. To my mind it’s a little like a billionaire proclaiming himself a communist. His intentions may be pure, but it’s a little hard to escape the conclusion that a devastating critique of inequality made by someone who has profited from it is a little wanting in integrity.

My suspicion is that a lot of men who call themselves feminists do so in order to embrace a very superficial kind of feminism; one that does nothing to address structural roots of gender inequality. But equality is a messy word, and Germaine Greer has notably claimed to be a “liberation” rather than “equality” feminist. To be clear, when I talk about equality I don’t mean equality of outcome, but equality of opportunity. To my mind, feminism can be said to have served its purpose when someone born female has the same opportunities as someone born male.

An example: In many professions like law and medicine, female graduates earn the same as their male counterparts but their income levels diverge as women have fewer promotion opportunities. Part of the reason for this is that if women choose to have children they take maternity leave and then find themselves placed at a disadvantage on their return to the workforce. The only way this is ever going to be combated is by instigating a level of social change whereby raising a child is genuinely considered the domain of both mothers and fathers. There are more layers of patriarchal oppression than a superficial analysis of feminism supports. However, this is starting to veer into the territory that many alleged male feminists find uncomfortable because it begins to grapple with the extent of the structural advantage they enjoy.

Of course, being accused of being the beneficiary of undeserved privilege is unpleasant. Anyone born into a high socio-economic situation can understand that. Anyone born into a functioning Western liberal democracy instead of a corrupt African dictatorship can understand that. It is unfair that we should be in a better position than other people when we haven’t merited it and it makes us feel guilty. But more than that, it makes us feel that our efforts and talents are depreciated. Anyone who attains a level of success wants to be able to attribute it to themselves and their hard work, but in most cases it must also be conceded that there were many factors at play that worked to their advantage. Unless you excuse it through some morally Objectivist view (I am using Objectivism here in its batshit crazy Ayn Rand sense) and say that anything that is possible is fair, in which case you may remain philosophically consistent but with the trade-off you are ethically hollow.

So the reason men must relinquish their privilege is that it is fundamentally unfair and unethical that they don’t. But how many men really want to? This is the question I ask myself when a man calls himself a feminist. Another question, too: Why do you think feminism needs you?

There is something insufferably arrogant to my ears about the proposition that feminism will finally take off now that men have embraced it, as though it would have achieved its goals much faster if only men were involved. Men are in a far worse position to advance feminism because they haven’t got any first-hand experience of what structural gender inequality feels like. I have my own opinions about these things (you have burdened yourself by reading some of them right now). Do I call these feminist opinions though? They are the opinions of a man who is fully in sympathy with the aims and ideals of feminism, that is the highest that I will put it. Because as ideologically committed to the cause as I am, I have no material need for feminism, and I am sure that it has appreciably less need of me.

Share
Previous No Children Left Behind
Next Must Rhodes Fall?