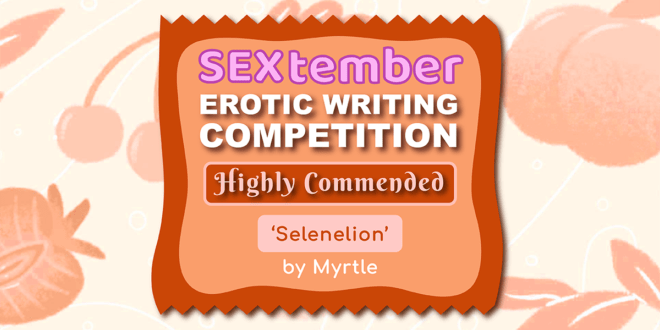 Entranced by the sharp wind, James’ coat danced against the sprays of water. The only thing that grounded him, that prevented him from running from his duty, was the stability of his cane. The hidden pistol mechanism inside did little to soothe James for who could be blamed for today but him?

James turned to face the Reichenbach Falls. He could end it all now but he was not meant to be the protagonist.

“Well, if it isn’t the bastard Moriarty.”

James only smiled softly. Sherlock’s eyes were hard cold stones from anger. Nothing like the night before.

They had agreed on a quiet tavern close to the town centre. Sherlock had arrived first, no doubt to escape Watson’s quoted “prudish” eye. Indeed as soon as James stepped into the dimly lit room, the door slammed shut behind him and a pair of arms snaked around him. He inhaled the scent, tobacco and parchment with a crazed hint of opium, both soothing and exhilarating like the man himself.

“Perhaps, the great detective needs to relearn how to read the time.”

He could feel Sherlock’s smirk as wandering hands squeezed James’ buttocks before he was unceremoniously carried onto the bed. Lying on his back, James looked up to the broad-shouldered man who had already taken off his outerwear and tie. He bent down to remove James’ coat and shoes. Then unbuttoning his own shirt, Sherlock knelt over James whose hands immediately rose to trace Sherlock’s chest. Except he found that his hands were pinned sooned over his head. Sherlock dove down to kiss his jaw, trailing to his throat. His free hand unbuttoned James’ shirt and pulled loose his cravat in one breathtakingly sharp tug that was then twisted around his wrists.

James moaned in response to the rough treatment. Though he trusted Sherlock and could break free anytime, James still felt the thrill of losing control.

“Will you let me catch you tonight, my dear Professor?”

“You’ll have to be kind to this sheltered academic, Detective.”

Knowing he had consent, Sherlock licked his lips before covering the other’s mouth with his own. Chaste and shallow at first before the kiss deepened as tongues interplayed. Feeling electric jolts run down his body, James tilted his head further back to better allow Sherlock to explore his mouth. Soon, James felt a hand press onto his hardening erection. Sherlock chuckled as he worked down his partner’s underwear and trousers. He dove back to suckle James’ thighs, before pulling back to look at James in his naked glory.

“Finally, your secrets are laid bare,” Sherlock murmured. Moriarty was an elusive, slippery target, taunting Sherlock from the shadows. But not tonight. There was no black or white, no good or bad, no labels that destined them to opposite walks of life.

James was now restless at Sherlock’s lack of action. “I thought you were going to catch me, Detective.”

At that, Sherlock’s eyes darkened and retrieved a vial before removing his pants. Sherlock uncapped the lid, pouring the oil over his fingers. With a mischievous smirk, he reached his fingers towards James’ cock. And then retracted, the bastard!

Laughing at James’ displeased grunts, Sherlock leisurely pumped his own cock with a moan, thoroughly slicking it. He winked at James who glared from below.

After Sherlock had rolled a male-shield upon his cock, he coated his fingers with more oil. Finally, he reached towards James, checking that he was alright to continue. Long fingers traced James’ rim, making him raise his hips in anticipation. A wet finger entered him, at first a sharp pain, but then heady jolts. James hissed as Sherlock added another finger and began scissoring, playfully avoiding that one spot James needed the most.

James glared again, “I should have killed you at Watson’s residence, you-” Sherlock, well-timed as always, had just stroked his prostate whilst ignoring his words.

James wanted to wipe that smirk off the bastard’s face. “Enough. Just do it.”

Sherlock thankfully obliged. He gave James one last stretch before pulling his fingers out and raising his knees higher. Sherlock aligned himself and slowly pushed in. James gritted his teeth at the initial breach as Sherlock pushed until he bottomed out. Only then, did the pain turn into something warm, something full inside him.

Then Sherlock started to thrust, slowly at first, prompting James to roll his eyes back and wrap his bound wrists behind Sherlock’s neck. There was a sense of desperation to Sherlock’s steady thrusts–hedonistic like the man himself–drawing out untapped pleasure. Sherlock looked up, awed by his partner’s dazed gaze and vulnerable moans. This was the Lord of Crime who trusted Sherlock, his supposed archnemesis, enough. It was never Watson as many claimed, it was Moriarty. Moriarty, the ingenious mathematician, who captured Sherlock’s mind. Moriarty who sought to cleanse evil (though Sherlock disliked his methods). The evil that hid behind aristocratic smiles as Britain struggled with her oppressive social hierarchy. Moriarty was no saint, but he killed for the poor, the raped, the powerless. And he would bear the burden as this symbol of evil who had somehow chosen Sherlock as the hero. Sherlock had been floored by this realisation, by the bravery of his Robin Hood, his Don Quixote.

“James,” he moaned, mesmerized by how the man keened at his name.

“James,” he called again tenderly as his partner started to tighten around him. Sherlock took his cock and stroked, letting James spurt his essence onto their chests. Sherlock joined in with him. His brain was blank except for one thought: he was glad he could worship James in this raw primitive way. That he wanted to continue to do so.

Later that night, after they had cleaned (with groans from James), Sherlock smiled fondly at the man sleeping beside him. Little did he know that the next day would bring him much pain. That he would wake up the next morning to find the bed empty, replaced by a sinister letter. He wouldn’t know that he should have held the other man tight. That maybe in another world, another life, they were meant for a happy ending. But not here, not this time.