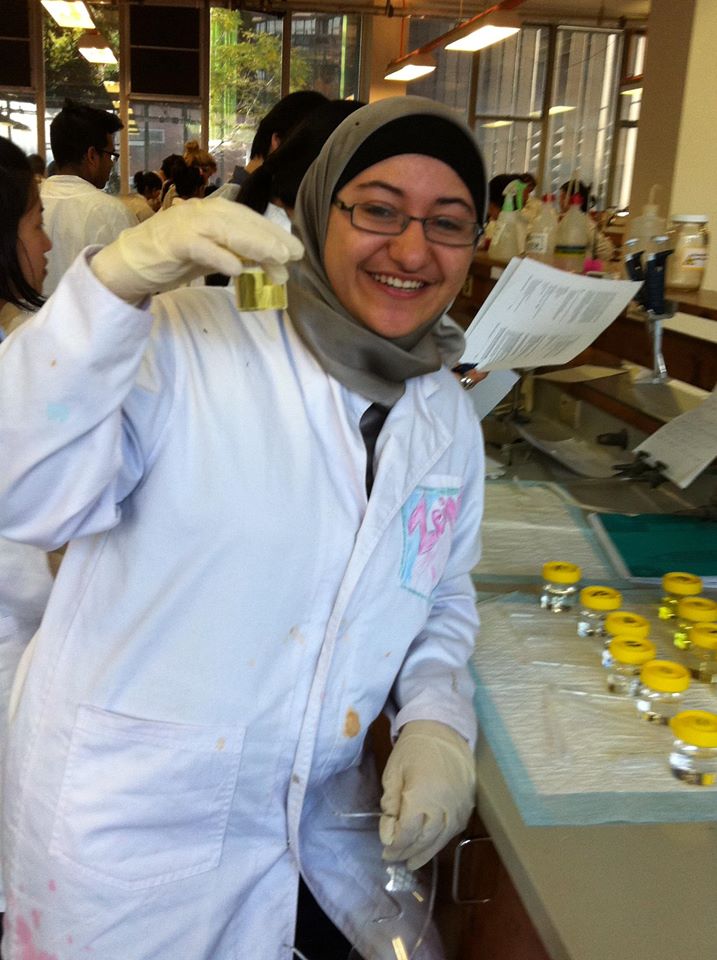 Engineered my own path

Engineering, as many of you know, has traditionally been dominated by the male species for years, and it is only recently women have been emerging as pioneers and leaders in the field.

Being a Muslim Lebanese girl, on the other hand, has definitely had its fair share of spotlight in the media. On the one hand, some portrayals have depicted “lebos” as raving Subaru drivers who love their kebabs with a lot of garlic. Conversely, in light of both local and international affairs, Islam has received its fair share of serious undertones. These portrayals vary from being exclusive, extreme, ultra conservative, and – the one often used – radical.

For me starting university, there was always a worry that people would judge me as an individual based on those paradigms. I was concerned that I would never be that loud outspoken girl in high school, and that I would be doomed to be lonely for the rest of my five-year course.

My first semester at uni was definitely daunting. In the first week, I recall catching the wrong bus, getting lost on my way to the Red Centre, and I could not keep up with the rambling of lecturers while trying to make notes. To make matters worse, the day I went to get my student card, my white hijab blended with the white backdrop, so my head looked like it was floating in the air.

A few weeks go by, and you realise a few familiar faces – like that guy who knows all the answers to questions in tutorials, or the girl that asks “smart-sounding” questions during a lecture, or even the person who still feels that knee-high socks and sandals are a fashion statement. Noticing these familiar faces gave me a sigh of relief that I was in the correct building for the day and that I was starting to know my way around town.

A changing point was definitely final semester exams. Sitting in the library, you notice several students with the same workbook and stressing over the work load. That basis of similarity was a starting point. Without even asking each other for our names, we had already been talking for 40 minutes, venting about how hard the course has been, how catching the bus is not as easy as it seemed, and how MATH1131 was unlike 3 unit maths in high school. This happened during several occasions, and it was very warming to see those same faces in Semester 2, and even more encouraging when you realise those same people are studying the same degree.

Four-and-a-half years later, those familiar faces ended up becoming my friends – and they now have names. More so, it is through those friends you make more friends, who then become mutual friends. Since then, I can definitely say I found my own spot on the library lawn with my clique; study sessions have definitely become less productive, and my energy and outspoken attitude from high school is back. I also guess that after a few long years together, people learn that not all Lebanese people like kebabs, and not all are hoons on the roads, and that some Muslims do integrate and are inclusive with their day-to-day activities. And by extension, a Lebanese Muslim girl can become a pioneering engineer in the future.

My biggest advice to people about navigating their way through uni is: don’t be shy about your identity. Your culture and nationality is what makes you unique, and you will be surprised at the similarities you may share with people regardless of the depiction in the media.

Share
Previous Just because I happen to have light-coloured skin, doesn’t make me less Aboriginal
Next Being Asian-Australian in an Arts Degree: Experiences and thoughts of an Asian-Australian Arts student at UNSW

By Rachel Lobo How Racist Are You? Test yourself and find out! Most individuals within …