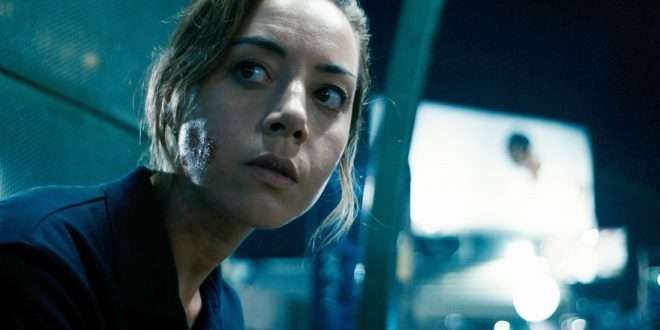 When you’re chained by inescapable student loans and working through precarious jobs, could anyone blame you for pursuing a life of crime? Emily the Criminal features Audrey Plaza in a film about dropping out to become a successful credit card fraudster.

Emily the Criminal follows an art-school dropout struggling between managing a catering job and being locked out of other work opportunities due to a past criminal infraction. Desperate for cash, she takes up the opportunity to be a ‘dummy shopper’ and slowly enters the world of credit card fraud. It starts off easy enough — she picks up a TV with a cloned credit card and gets paid $200. With this sudden influx of cash, she hooks into the thrills of California’s black market and quickly impresses her mentor. But how far will she push the limits?

The character arc revolves around a woman who grows in confidence as she teeters on the edge of morality. In a world where a better life feels impossible by keeping to the straight and narrow, the film doesn’t dwell too much on Emily’s moralistic judgements as it tries to explain her motives. Ford doesn’t waste our time with any archetypes of a badass anti-hero we might conventionally find in crime films.

For a film rich in suspense, Emily the Criminal doesn’t rely on intense action sequences or smooth cinematography to up the stakes. Although some moments are rushed, a combination of close shots and shaky frames illustrate Emily’s emotions beautifully. Tension is also amplified by the absence of an overly dramatic score, swapped for general background noise that makes viewers suspicious of the mundane during climactic scenes.

During sluggish moments in the story, the casual normalcy of the visual aesthetics creates an awkward ‘slice of life’ situation into the crimes that often feel too random and static. Emily begins to gradually feel more distant and aloof to the audience as her actions escalate – a decision that at times can feel confusing but understandable. The scene leading up to the ending finishes on an underwhelming note. But overall, viewers will be left with the satisfaction of having simply gone along on the journey and hungry for more of Ford’s future works.

by Nadia Maunsell A review of Nomadland and Hi Mom! as their filmmakers sweep the …