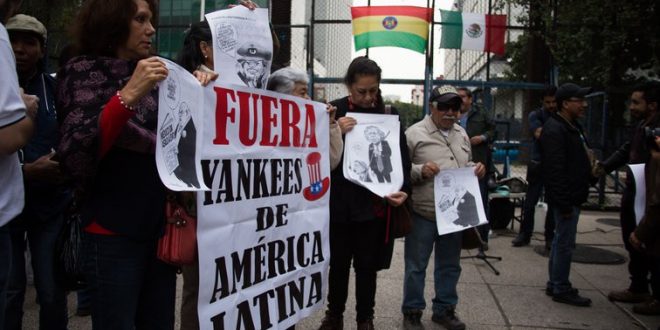 In November 2019, Bolivia was upheaved in a coup that saw the military prompt the resignation of indigenous President Evo Morales of the Movement for Socialism (MAS) party, with Jeanine Anez, a far-right religious conservative, replacing him. The coup was spurred by allegations of electoral interference which led to  Morales’ victory in the 20 October presidential elections, but these remain unproven.

International journalists and political editors have speculated that the primary reason behind the coup by is the ‘lithium theory.’ Bolivia’s lithium resources comprise the world’s largest reserves.[1] This lithium is essential for the production of smartphones, laptop batteries and – most importantly – electric cars. It is also essential to the continued production and operation of Tesla products, whose CEO is none other than Elon Musk. It is referred to as ‘white gold’ due to its critical part in creation of renewable energy, with increasing demand since 2016.[2]

The theory begins with analysis of Morales’ resource nationalisation policy to ensure government control of lithium resources. Morales believed that this would minimise foreign exploitation of national reserves, benefiting the Bolivian people and taking profits away from transnational entities such as Eramet (a French company), FMC (a US company) and Posco (a South Korean company), which had moved to Argentina to pursue more profitable lithium-mining.[3]

When Bolivia made plans with a Chinese investment firm to mine the lithium and share its profits, the transnational mining companies found the new socio-economic compact. These companies would undoubtedly lose power and influence in the global sphere if a new mining relationship was created which benefited the indigenous populations.[4] Among the companies that had exhibited interest in a direct stake in Bolivian lithium was Tesla. But it would be impossible for Tesla to establish a deal within Morales’ nationalisation program, thus placing the Bolivian president as an impediment to the procurement of lithium.

The claim made here is that the coup was financed by Musk and/or other U.S backed militias to ensure the beneficial procurement of lithium reserves without the obstacle of Morales or his nationalising policies.[5] What ‘proves’ this even further is that after the coup, lithium reserves were ‘returned’ to transnational entities, a backflip from the indigenous-benefiting nationalising policies of Evo Morales.[6] Simultaneously, Tesla stocks climbed exponentially, and the boost has continued.[7]

During his term, Morales had cancelled an agreement with a German transnational entity known as ACISA, which provides batteries for Tesla. After his decision to cancel the agreement, the German company allegedly told Deutsche Welle (DW) that the company was ‘confident that our lithium project will be resumed after a phase of political calmness and clarification’.[8] Soon after the coup occurred, which saw the institution of a far-right government in Bolivia, the provision of lithium to transnational entities resumed. Subsequently, Musk announced the establishment of new factory in Germany.[9]

Many of these claims cannot be proven, given the secretive and classified nature of international deals and the coup itself. Nonetheless, if they were to be proven, public perceptions of Tesla as a responsible corporation would suffer. However, at the same time, many transnational organisations such as Nike and Apple have continued to utilise ‘sweatshop’ factories, including child labour, with some negative PR but a maintenance of overall profit and sales.[10] So the question remains, how willing are individuals to boycott unethical corporations with a wealth of influence at the risk of leaving their own comfort zones?

Whether this is merely conspiracy spurred by a few political editors and Bolivian social media, or has semblance of some truth, there is no denying the existence of competition over profitable resources. We can only hope that international actors have learnt from the past and will be fair and equitable in all their dealings to preserve a harmonious international society.

[1] Conese, Ignacio. “Was Bolivia’s Coup over Lithium?” TRTWORLD. https://www.trtworld.com/magazine/was-bolivia-s-coup-over-lithium-32033; Manzanaro, Cereceda & Amiel. “Was Bolivia’s ousting of Evo Morales a coup by the US for lithium?” Euronews. https://www.euronews.com/2019/11/21/does-bolivia-s-ouster-of-morales-have-anything-to-do-with-lithium

[2] Manzanaro, Cereceda & Amiel. “Was Bolivia’s ousting of Evo Morales a coup by the US for lithium?” Euronews. https://www.euronews.com/2019/11/21/does-bolivia-s-ouster-of-morales-have-anything-to-do-with-lithium

[5] Prashad, Vijay. “Elon Musk is Acting Like a Neo-Conquistador for South America’s Lithium”. Counterpunch. https://www.counterpunch.org/2020/03/11/elon-musk-is-acting-like-a-neo-conquistador-for-south-americas-lithium/; Bolivia Mueve. “Are Tesla and Elon Musk the key to understanding the coup in Bolivia?”. CodePink. https://www.codepink.org/are_tesla_and_elon_musk_the_key_to_understanding_the_coup_in_bolivia

[6] Bolivia, Mueve. “Are Tesla and Elon Musk the key to understanding the coup in Bolivia?”. CodePink. https://www.codepink.org/are_tesla_and_elon_musk_the_key_to_understanding_the_coup_in_bolivia

Share
Previous Against Australia: A Call for Indigenous Sovereignty
Next How the Religious Discrimination Bill Contradicts the Christian Faith