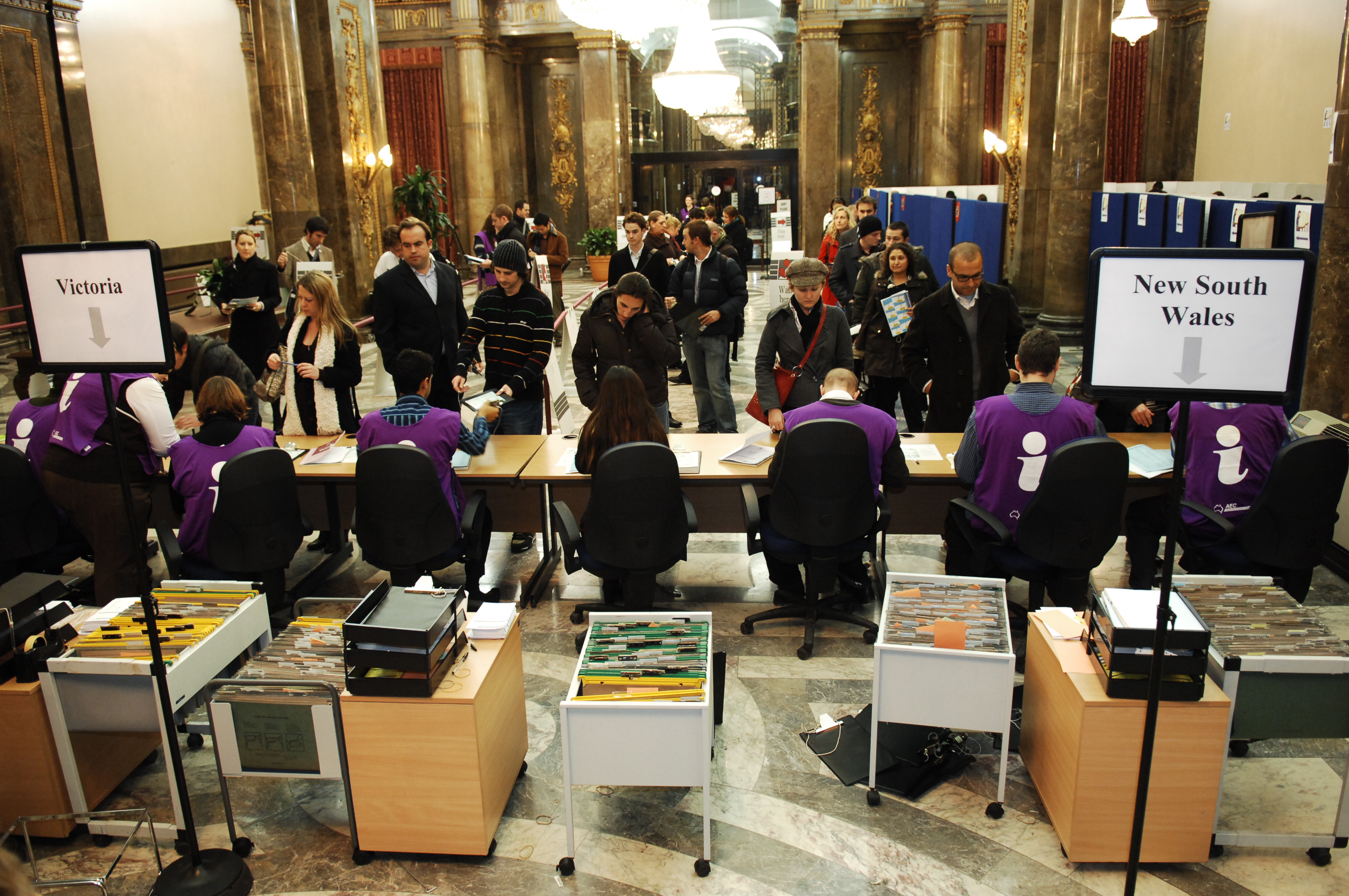 Election 2016: Behind the Vote Count

Now that Malcolm (re)Turnbull has been officially found victorious, it seems as good a time as any to take you behind the scenes of this very drawn out, very close election.

I was employed as an Officer-in-Charge by the Australian Electoral Commission at Town Hall on July 2: D-day, aka polling day.

Town Hall is a super booth on Election Day, meaning it acts as a polling place for both voters outside of their electorate and voters outside of their state. Interstate voting was set up on the other side of Town Hall, whilst all voting within New South Wales occurred inside Town Hall itself. (I should say now that, despite being a super booth, Town Hall did not have a single #democracysausage in sight. That’s right. No sausage sizzle. No justice.)

Town Hall is also an electronic voting place. We used laptops to issue ballot papers, searching for a voter on the roll and printing the appropriate House of Representatives ballot paper for any electorate in the state, based on a voter’s enrolled address.

We were able to search for a voter by surname, first name and/or date of birth. Usually first and surname were adequate, but there were interesting situations in which birthdate proved unexpectedly essential. For example, should a father and son both share the same name and live at the same address, it would impossible to distinguish them by name alone.

If a voter can be found and certified on the roll, and their ballot papers are printed, this is classed as an ‘ordinary’ vote. However, if a voter changed address but did not update their details, cannot be found on the roll, or are already marked as having voted in the election, the voter cannot be issued an ordinary vote.

Instead, they can be issued with a declaration vote at a separate table. The declaration ballot boxes could not be opened once polling closed at 6pm on voting day, unlike ordinary ballot boxes, and so they were not included in our count on voting night.

I was assigned to the division of Sydney for the vote count, the largest division at Town Hall (considering it was the local electorate) and accounting for more than half of the votes received.

All ballot boxes had to be accounted for, the serial numbers of the seals matched to the relevant box and this signed off on by me as the Officer-in-Charge and witnessed, before the seals could be cut and the ballot boxes opened.

The House of Reps first preference count was straightforward enough; we had a pile for each candidate, and each vote was assigned to a pile based on wherever the voter had assigned a [1], their valuable first preference.

Informal votes were weeded out during this process. A vote was deemed informal where any numbers (other than the very last number) were missing, numbers were duplicated, or no numbers were entered at all.

One informal voter dedicated a lot of time and effort to essentially have their vote excluded from the count, entering algebraic formulas in place of numbers on their paper, with a detailed solution on the back of the ballot.

The two candidate preferred (TCP) count involved redistributing all candidates’ first preferences to either Geoffrey Winters or Tanya Plibersek (for the division of Sydney), based on whichever candidate was ranked higher on each ballot.

Finally, the Senate count was basically the bloody worst. We literally needed to make a pile for each of the bazillion (slight exaggeration) parties running, and do both an above the line and below the line count.

Voting in the Senate changed this election: voters had to number at least 1 – 6 above the line or 1 – 12 below the line.

I was involved in the above the line count. We sorted the (crazy large) ballot papers into the following piles: Liberal, Labor and Other. The ‘Other’ pile was then sorted into each party that was awarded a first preference.

At each stage of the count, the results were double-counted before being bundled into groups of 50, counted again and the numbers called in to the AEC office. Ultimately, everything had to reconcile and balance, including all spoilt, discarded or unused papers.

Then, we had to package everything: making sure all material was correctly labelled and sealed, and all packages were tamper proof (in the form of tamper evidence tape).

I started at 6:30am, and the whole thing wrapped up at around 12:30am, with some counting still occurring. Fun tymz.

So there you have it. Democracy in action. Election Day uncovered.

Basically, I never want to see another Senate paper in my life, and I’ll happily avoid an 18-hour work day drowning in thousands upon thousands of ballot papers in the future. But, it’s all in the name of democracy (aka democrazy) amirite? Until next time, Australia.

(Maybe Town Hall can entice me back with a good ol’ #democracysausage.)