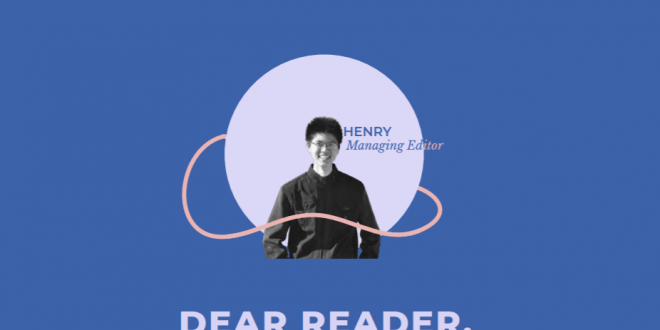 Hey there and welcome to Influence! In this issue of Tharunka, we consider where power lies in the world. Notwithstanding the disruption that COVID-19 has caused to our lives, Tharunka is forging on ahead to bring you a diverse range of student ideas, arguments and reflections for the quiet days ahead. In Influence, we divide our time between rigorous critiques of political power, meditations on our very human vulnerability to the structures that shape our habits and behaviours, and persuasive arguments laying out what we as students can do to push back.

When all we see on the news is a rising death toll and ever-more restrictive regulation of public activity, it’s heartening to be reminded that there are actions we can take to bring people together. The 24-hour news cycle brings us ceaseless updates on the haphazardness of those in charge, of disagreements between Federal and State governments on school closures, and blame-shifting on the release of passengers from the Ruby Princess cruise ship into Sydney. At times like this I look around at our new generation of student writers and think, you know what? We’ve got this.

Immense thanks as ever to Jack, Jo, Axel and Saafiyah for all your hard work, and to each and every one of our writers and artists for the depth of your creativity and the sincerity of your reflections. I cannot overstate the value of the contributions that you are each making to the cultural life of our university and our broader social debate, at a time when they are most needed.

Welcome to Influence, which here in Creatives Headquarters (a place well-equipped for isolation at the best of times), we’re calling ‘The One Where We Get Meta’. It’s been a more chaotic production period than usual, but Influence is a testimony to the perseverance of story-telling – on an existential level, sure, but on a more literal level, to the perseverance of our contributors, which I might argue is more important. My deepest thanks to Luis, Madeleine, Rubana, Phoebe, Pranika, and Wen, who have given their words, time, and energy to Tharunka and who have been an absolute joy to work with. There is a beautiful juxtaposition in all of these works: the wealth of tenderness and sincerity coexists with a stark disregard for and destabilisation of the norm, in form, theme, and production of works. The state of the world – which is currently rather unsteady, fragile, and just a bit ridiculous – is always reflected in the arts, and Influence’s creative writers have exhibited this beautifully.

I’ve recently been bingeing The Bold Type and wishing that I was a character on the show, living a life of luxury in New York City while writing for a successful magazine. In a recent episode (spoiler alert!), it was announced that the fictional Scarlet Magazine would be stopping its monthly print issue for financial reasons, and be re-focusing their energy entirely onto the website.

And so last week, I sat in our (virtual) Tharunka meeting with a bitter sense of déjà vu. We were told that in this global pandemic, understandable cost-cutting measures need to be taken, and Tharunka Print will be no more.

Although this is a small loss in the scheme of a world health disaster, it is still disappointing that our little publication, that has been in print since 1953, has had to stop the printing press for this year. Although Influence will not receive a wide print run, I am still very proud of this issue and particularly the work of Jordan, Claire and Maha, who have each delivered excellent work with their own individual takes on “Influence”. Although our print is stopping, our website, like that on The Bold Type, continues to grow. Stay tuned!

We are now going through unprecedented times: global panic, economic collapse, and social upheaval are all thick in the air. it has become frightfully easy to succumb to despair, hopelessness. This issue of Tharunka, Influence, showcases a diverse range of voices who have all resisted that temptation, instead offering strong, vigorous and critical perspectives on the important issues of our time. Thao Pham’s exposing the pernicious influence of undisclosed donations on Australian politics. Juwariya Malik’s analysis of the Bolivian coup highlights an all too familiar pattern of neo-liberal interference in Latin American politics. CJ Tulong’s article takes aim at some dangerous weight loss trends propagated on social media. But on a more irreverent note, Nishant Pandav’s hilarious satire may give us some idea of what exactly is going on at UNSW’s upper management.

As the world dissolves into complete madness it has become the new normal to be totally out of whack at all times. Breakfast at noon, dinner at your desk, video calls in your pyjama pants and not knowing what day of the week it is. A hot tip – Be sure to wear pants when in video calls, you never know when you will have to get up to get the door…I am definitely not speaking from experience.

As the transition to digital became a reality, it somehow slipped my mind
that Tharunka would endure the same fate, confined to the boundaries of
the internet. Whilst that is pretty upsetting news, what’s not is the amount of dedication and work put into this issue of Tharunka. Massive shout out to Aditya (who has literally defined the design of this magazine), Jelena, Rongxuan, Batool and Luis for making Influence a little more colourful.

To read the full edition of Influence, go here: https://www.arc.unsw.edu.au/uploads/Influence_Actual_Final_lores.pdf