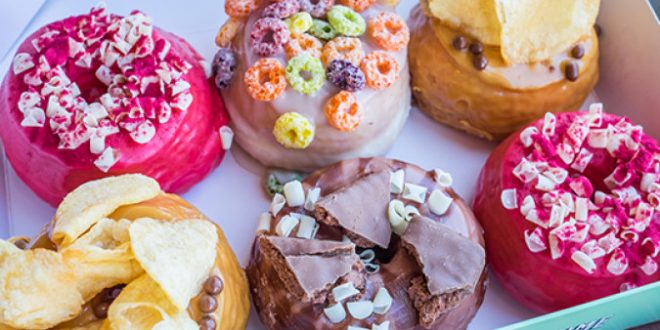 It is a truth universally acknowledged that a foodie with an Instagram account is in want of social media attention. So much so that it may even drive them mad. I once stood behind the counter at work, trying desperately to console a 20-something year old woman who wouldn’t stop sobbing. What was the source of her misery?

“They’re for social media” she croaked, desperate to know the alphabetical order of the 72 macarons she had purchased for the sole purpose of showing them off on Instagram.

While taking photos at high-end patisseries and gourmet stores used to be a clandestine practice, it has now become encouraged, if not implored, behaviour. Social media (particularly Instagram) has given birth to a symbiotic relationship between business and customer. The new face of advertising is in fact the client. Their social media presence propels not only themselves, but also the store from which they bought the food they posted, to foodie fame. This may sound innocent although, for some, the obsession has become too much. A line has to be drawn between harmless fangirling over food (yes, food) and a compulsive desire to attain social media glory.

Much like art in a gallery, food is a spectacle, and a celebration of human achievement. Its gallery? Social media. The curator? Us. We use social media to pepper others’ creations and display them on the walls of our own virtual galleries. However, the question begs: Does an Instagram picture of your plate do justice to it? Or does it just trivialise it, especially in a world where everyone’s doing it? It seems like social media does more for our egos than it does anything else. My customer’s wasted tears are a manifestation of this.

Spending exorbitant amounts of money to make us look good on social media has become such a cult-like tradition that we have forgotten how precious of a commodity it is. Overheating our food budgets to be repaid in likes and followers illustrates a far greater obsession with the self than anything else. Not only is this practice narcissistic and ostentatious, it tarnishes the value of food.

It is what sustains us, not what validates us.

What the over-indulged Instagram fiends seemingly tend to forget is that excessive and wasteful purchases are not only economically and environmentally irresponsible, they’re downright selfish. I thank my customer for exposing me to the reality that social media does a pretty poor job of reminding us that we’re lucky to have access to a variety of food that sustains us.

Share
Previous Be Patient. Listen to the Album.
Next See Food Diet. See Food. Eat It.