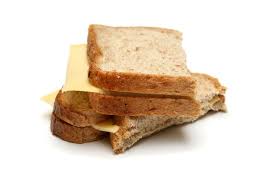 Tharunka’s resident postgrad Adrian Rook takes us along as he follows a dollar of corporate profit as it circumnavigates the world, bouncing from tax dodge to tax dodge in what’s known as the Double Irish Dutch sandwich.

The Double Irish with a Dutch sandwich sounds like something you would expect to see on the blackboard menu of a greasy late night burger chain. In fact, it refers to one of the methods used by top multi-national companies like Apple and Google, to avoid paying tax in a number of countries around the world. It may come as a surprise to some that the many of the largest corporate profit earners in Australia are not paying company tax here – though the more cynical among us will probably be unsurprised.

So the double Irish with a Dutch sandwich is a method of tax avoidance, which unlike tax evasion, is not outside of the law. In simple terms, it describes the method that multi-national corporations use to transfer profits from one country – with a higher tax rate – to another, with a lower tax rate. For example, if the corporate tax rate in Ireland is lower than it is in Australia, a company will shift its Australian profits to Ireland in order to avoid paying a higher rate of tax.

It works like this.  Company A, the global leader in personal electronic devices, sells products in every country you could name. Australian consumers will buy the Chinese made gadgets from a subsidiary company based in Ireland. The Irish company that receives the sales revenue from Australians, pays royalties to a Dutch subsidiary company that owns Company A’s intellectual property rights (trademarks, patents, copyrights). In an astonishing coincidence, the value of the royalties paid by Company A’s subsidiary in Ireland to its subsidiary in the Netherlands happens to be roughly the same as the taxable income that was made on Company A’s Australian sales.

So Company A has moved the profit on its Australian sales from Australia to Ireland to the Netherlands. The next step is to take advantage of agreements that make capital transfers within European Union countries tax free. The Dutch subsidiary then makes a capital, transfer to a second Irish subsidiary of Company A. Under Irish tax law, a company is ‘managed’ by an overseas firm is only required to pay tax in that overseas jurisdiction. The second Irish company is ‘managed’ by yet another subsidiary of Company A in the Cayman Islands, or some other tax haven. In a repeat of the astonishing coincidence above, the value of the management services provided by Company A’s subsidiary in the tax haven is again equivalent to the taxable income from the Australian sales paid as royalties from Ireland to the Netherlands.

And so we get the double Irish with Dutch sandwich – a round robin of payments between two Irish companies with a Dutch company in the middle, far away from Australia where the profits were made and far more costly for Australians than a late night stop at the greasy burger joint. If it sounds farcical, that’s because it is. Companies employing this – and other like tax avoidance strategies – have no real connection with Ireland, the Netherlands, and whatever offshore tax haven is employed, other than to avoid company tax. And not surprisingly, it’s a huge problem, from both an economic and moral perspective.

In terms of the economy, the declining value of our chief exports, iron ore and coal, is making the debt hangover from the global financial crisis worse. The Government needs additional revenue to return its budget to surplus. Instead of attempting to get it from multi-national companies, we got the now infamous Hockey budget which attempted to extract additional revenue from families with measures like the fuel excise levy, GP co-payments, and my personal favourite, the ‘Temporary Budget Repair Levy’.

At the same time, the government flouted the welfare safety net, with policies such as the 6 month waiting period for Australians under the age of thirty to receive unemployment payments. These measures were rightly seen by the overwhelming majority of us as placing the heaviest burden the most vulnerable in society. They were simply unfair. If the government is looking to find additional revenue, cracking down on schemes which make paying tax optional for the most profitable companies on the planet be a good place to start. Instead, the government has quietly shelved discussion around cracking down on multi-national tax avoidance.

Share
Previous Portrait of a Vice-Chancellor
Next Agony Ibis #1