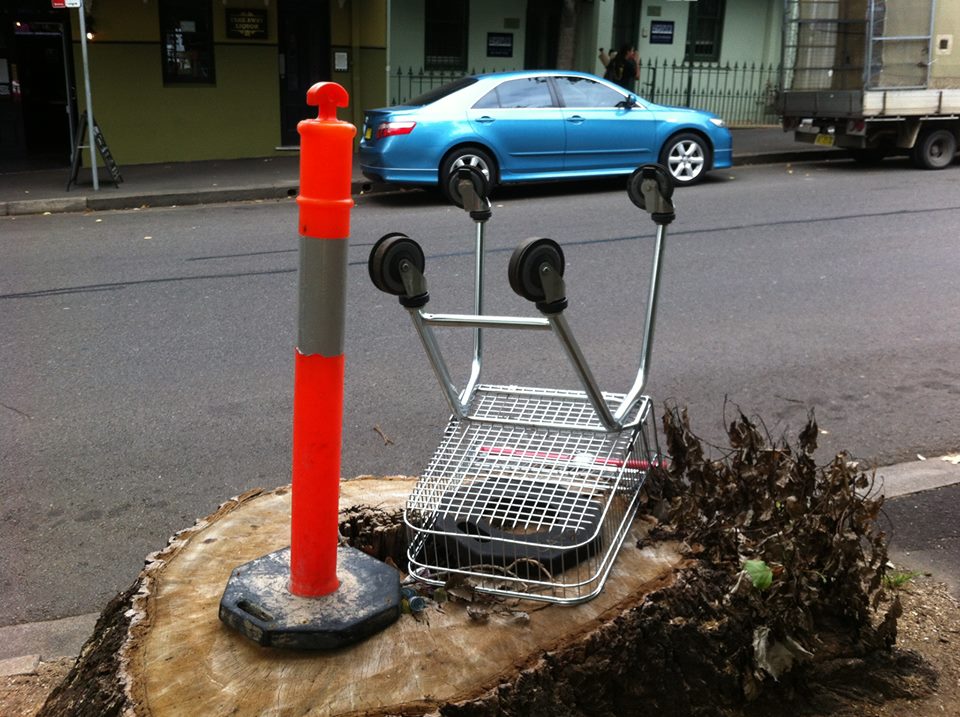 One of the most exciting developments in modern art is the emergence of provocative, unauthorised pieces in inner-city enclaves. In Surry Hills and Darlinghurst, for example, the only thing more pleasantly surprising than finding a wall that has been graffitied by local artist Lister, is finding one that hasn’t.

Many do not realise that some younger, daring artists are experimenting with other forms. Just a few months ago, I encountered a sublime installation piece comprising of three dead lizards – one entirely skeletonised – in a blue pasta-stained pot behind the National Art School. In the vein of the best absurdist works, Lizards in a Pot forced me to recognise my own inability to domesticate mortality: Every attempt to hide it in the paraphernalia of ordinary life fails.

Anonymous’s Random Crap on Devonshire Street – a collection of seemingly unrelated objects on the eponymous street leading up from Central – is similarly important.

I love the way that this work delights in its own juvenility whilst still allowing one to probe deeper – and with pieces like this, one really must. Does “crap” refer to the authoritative traffic pylon, the abandoned shopping cart, or the desolate tree trunk? For what it’s worth, I see the “crap” as a self-referential nod to the attempt to gather these items into a coherent whole. In this light, the work becomes both a comment on the nature of art (a la Oscar Wilde) and an investigation into the capitalist system.

Works like Lizards in a Pot and Random Crap on Devonshire Street appear softly and die silently. In many ways, this review is more of a eulogy than anything else. But if that is the price of art, then I will happily pay.

Previous UNSW scores below USyd, Melbourne in SSAF report card
Next No Longer on the Fence: The Vaginal Lobotomy