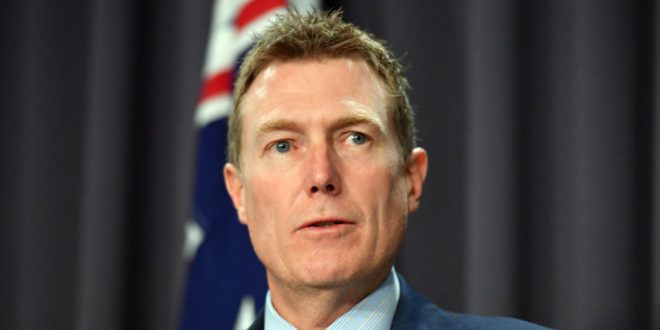 How Christian Porter’s ‘trial of the century’ devolved into ‘a humiliating backdown’.

The former Commonwealth Attorney General Christian Porter launched a defamation suit against the the ABC and investigative journalist Louise, Milligan on the 15th of March 2021, the same day as the national March4Justice protests where thousands of Australians gathered to fight the exact type of gendered violence at the heart of Porter’s case.

This suit, many predicted, would lead to the “trial of the century”, and involved some of the most esteemed lawyers in the country including the former Solicitor General Justin Gleeson SC.

The case, which was filed in the federal court, was an incredibly high-profile matter, with huge stakes for both parties and an immense cultural bearing on the issues of sexual assault, defamation, public interest journalism and the freedom of the press in Australia.

In February, the ABC published an article entitled ‘Scott Morrison, senators and AFP told of historical rape allegation against Cabinet Minister’, written by Milligan, who had previously, in a Four Corner’s episode, covered Porter’s extensive record of misogyny and inappropriate conduct. In this article, she reports on a letter that was sent to the prime minister which detailed an alleged historical rape from 1988 by a cabinet minister. Porter is not named or explicitly mentioned anywhere in the article.

The following week, Porter came forward and outed himself as the unnamed minister and in a press conference, strenuously and categorically denied the allegation of historical rape. He also, however, admitted that he had not actually read the document written by his accuser and confirmed that his memory surrounding the incident was hazy.

The basis of Porter’s defamation claim was that although he was not explicitly mentioned in the article, he was reasonably identifiable (his name was trending on Twitter, although many believe that to be a reflection of his character rather than the result of the manner in which the ABC reported the story) and that the article implied that he had, in fact, “brutally raped a 16 year old girl in 1988” which “contributed to her taking her own life”. He argued that he had been subjected to “trial by media” which he sought to end by taking the matter to court.

However, the matter never actually made it to the inside of a courtroom. Last week, Porter decided to discontinue the case. The ABC has paid no damages, issued no apology and the original article remains unchanged online. The technical term for this result is a ‘capitulation.’

Porter, however, took to a press conference in which he deemed this outcome, “a humiliating backdown by the ABC”. He went on to call their reporting “sensationalist” and stated, “I never thought that [the ABC] would say they regret the outcome of the article”.

The ABC responded with their own statement in which they clarified that they did not, at any point, state that they regret the article. The editor’s note simply read, “both parties accept that some readers misinterpreted the article as an accusation of guilt against Mr Porter” and “that reading…is regretted”. While the misreading of the article is regretted, the article itself is not.

The ABC has adamantly asserted that they do not believe the article ever suggested guilt, nor did they plead the truth defence to the accusation of the suggestion of ‘guilt’ that had been outlined in Porter’s statement of claim. They further argued that the article was not “sensationalist”, but merely a factual and accurate report on a letter sent to the Prime Minister and Milligan commented that she fervently stands by her journalism.

Milligan also then revealed that “Mr Porter proposed a settlement first” and tweeted “if he wants to dispute that, happy to refresh his memory and release the terms he offered.” In light of this, it is clear to see that while this is a “humiliating backdown”, it is NOT by the ABC, but by Porter himself.

Porter’s remarks have been a brazen, inaccurate and almost delusional attempt to take control of a narrative that is simply impossible to contort in his favour: that he has lost.

Several media pundits, including staff at The Australian, have echoed Porter’s distorted view with headlines such as “ABC on high horse rides roughshod over law, integrity” and “Aunty’s Activist journos hail a victory that never was”. Even in an age of misinformation, these articles are egregiously out of touch with established legal principles and divorced from the reality of the situation in general. This is particularly apparent as it was also The Australian who, just a few months prior, stated in an article on this case that “the big issue is not whether the national broadcaster will lose; that’s almost a given. It’s how badly it loses…” This comment, obviously, did not age well.

There have been renewed calls for an independent inquiry into Porter’s past conduct as a defamation action has never been a sufficient substitute for a real independent assessment of his fitness to serve in public office. His behaviour throughout the course of the case has also been questionable. He 1) sought to prevent the ABC’s defence being made public, 2) used a platform provided by the government’s media allies to demand that ABC act “expeditiously” and 3) pleaded to retain his barrister, Sue Chrysanthou, who had a clear conflict of interest  in the case (she had access to confidential information that she obtained from a friend of Porter’s accuser before deciding to represent Porter). All the while, he demanded that the ABC remain a “model litigant”.

Ironically, however, Porter now may be sued for defamation, himself. Jo Dyer, a close friend of Porter’s accuser, has recently issued two concerns notices to Porter. In his press conference, Porter told journalists that “someone was coached by Louise Milligan to destroy important communications” and “forced” the ABC to “ask us into mediation”. The ABC has rejected this claim and called the suggestion an insult to both Milligan and Dyer. Dyer then released a statement in which she said that Porter had “impugned my (her) honesty and integrity” and that “there was nothing improper, illegal or sinister in my decisions to save or delete certain messages, decisions that were taken well before Mr Porter launched his now discontinued action against Ms Milligan and the ABC.”

She ended with a pointed remark:

“He should be on notice that if I launch legal proceedings, I tend to see them through to their conclusion”.

And perhaps that is what is needed here, another battleground, one in which Porter doesn’t call the shots and cannot escape some level of accountability. An independent inquiry into his past conduct, however, remains the best and most vital course of action as it is the only way that his fitness to serve can be examined properly and without capacity for obtrusion.

Share
Previous UNSW may backpay millions to casual staff after revealing years of systemic underpayment
Next Explainer: Who is Friendlyjordies and why is he in the news?