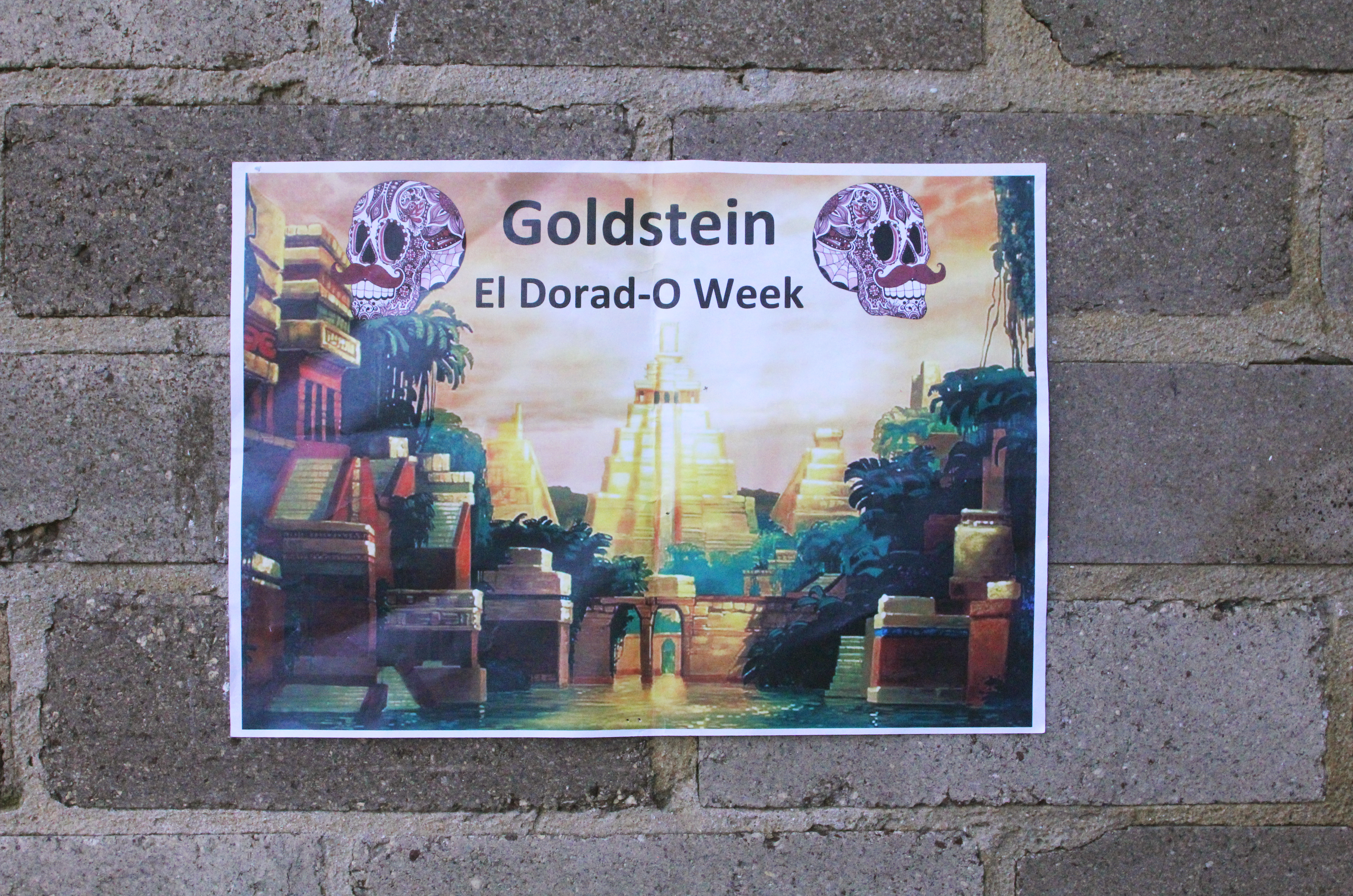 When culture became a costume at Goldstein College Several students have recently made complaints about Goldstein College’s “El Dorado Week”, held during O-Week this year. Goldstein College students were seen dressed up as Mexicans throughout the week in the celebrations. Common costume items included sombreros, moustaches, ponchos and face paint in tribal styles. All 150 student residents at Goldstein College have been given signs for their rooms with their names on it, decorated with pictures of sugar skulls or caricatures in sombreros.

Other students from The Kensington Colleges were also seen dressed up as Native Americans throughout O-Week. Cassie Harris, Queer Officer on the SRC, observed a group of students in Randwick dressed in sombreros carrying rakes.

“[The students] were dressed as ‘Mexican gardeners’. It’s absolutely disgusting that such a racist party was allowed to happen on campus,” Harris said.

Approximately a hundred new students at the College were made to wear fresher t-shirts at all times so they could be identified – the shirts featured sugar skull designs and moustaches. Several students have since called the cultural sensitivity of the event into question.

One first-year and new resident of the college said, “It was either you put the shirt on or you don’t get to participate in your college’s O-Week. A lot of people were actually apprehensive about participating in the theme. I talked about it with friends and I knew that if I spoke up about my issues with the theme and racial stereotyping, it would be hard to make new friends at the College.”

She elaborated that El Dorado is actually a European myth concerning the native people of Columbia, a myth that titillated Spanish conquistadors and other explorers.

“I feel like the theme was intended as a South American theme, but people ignorantly confused the theme as exclusively Mexican. The people who organised it probably didn’t intend for it for it to be racist, but the intention doesn’t really matter.”

Arc, UNSW’s student organisation, has planned a Roundhouse party in second semester this year that will be themed “Day of the Dead” – also known as Dia de los Muertos – which for many is a sacred holiday and an important event in Latino cultures. At UNSW, the Day of the Dead party had been run for Halloween last year, with sugar skulls used in the promotional material, and with students wearing sugar skull make-up to the party.

A Dia de los Muertos themed party was going to be held last year by the University of Sydney Union (USU) before many complaints were heard from students on the event page. Many felt that the theme and marketing imagery were culturally appropriative and racially insensitive.

The USU’s initial response was to ignore the criticism on the Facebook event and deleted the comment threads. When the negative criticism exploded, the USU Board eventually apologised for the theme and changed it to “start of semester fiesta”, but the marketing imagery remained unchanged. The USU later held a public Cultural Sensitivity Forum in response to the theme of their start of semester party, aimed at understanding why the theme was inappropriate. It consisted of a panel of academics and two students who run an on-campus Critical Race Discussion Group.

One of those students, Oscar Monaghan, spoke to me about what they felt the outcome of the forum was. “The intentions of the forum were never clear, though many of us suspected that it was little more than an attempt to give the Union something to point to in light of the criticisms surrounding their lack of engagement with the concerns raised on Facebook.

“To that end, perhaps it was successful; but, despite assurances that it would be only the start of a consultative process geared towards establishing USU protocols around cultural appropriation, nothing further was ever mentioned, and to my knowledge no such consultation has taken place.”

For many, Dia de los Muertos is an important cultural and religious celebration, and it is not associated at all with Halloween. Calvin Ratana of California State University’s Daily Sundial wrote late last year about how Dia de los Muertos has been “completely appropriated [by the West] because of Halloween”.

“Dia de los Muertos is actually a two-day holiday that starts when Halloween ends, although all three days are often celebrated in connection. Because of that, Western societies have tended to group the two holidays together, since they vaguely share the theme of the dead,” Ratana said.

“However, unlike the contemporary celebration of Halloween, Dia de los Muertos is alive and breathing and has thousands of years of Mesoamerican identity and culture attached to it.”

Ratana said, “According to Chicana/o studies professor Dr. Fermin Herrera, it literally means day of the dead in the native language of Nahuatl spoken by many Indigenous people. … Dia de los Muertos is steeped in a rich culture and deals with [a] real life celebration that has a sacred meaning.”

Arc has also planned a “Jungle” party for later this year. I spoke to UNSW student Josephine, who raised concerns about the party due to its theme, especially about the likelihood of students dressing up in blackface. Josephine said the theme concerned her because “there is just too much of an association between Africa and the jungle. People in this country don’t really understand the history of what blackface is, and the lack of understanding in this country makes the theme a recipe for disaster”.

On the question of what needs to happen now, Josephine suggested that there should be measures put in place so that, in the future, racially insensitive themes are not picked again. “I’m not interested in debating racism, I shouldn’t have to explain why you shouldn’t be having these parties. The people who approve this stuff need cultural sensitivity training.”

Josephine fears that these kinds of parties not only facilitate cultural appropriation, they openly encourage cultural and racial ignorance from students. The Chair and Student Director of the Arc Board, Chris Mann, believes that “if there is there is enough written evidence presented to Arc then there is definitely grounds to change the theme. Arc as a student organisation strives to be inclusive of all cultures and if there has been a misunderstanding and Arc has been made aware of it, we will remedy the mistake as soon as possible.”

Rachel Lobo, the Ethno-cultural Officer on the SRC, feels that the situation can be improved. “I think this would be a great opportunity to ensure our student leaders are provided with the adequate resources to make better judgements and engage with issues they may not have experience with. It would be fantastic to see all Resident Fellows and House Committee members provided with cultural sensitivity training at the start of their terms.”

Cultural exchange does not happen when those taking part do not understand the significance and history of symbols, practices and dress. Such themes reiterate the very techniques of colonialism by objectifying someone else’s culture and turning that into something available for consumption. Cultural appropriation is oppressive, as it allows others to “play”, temporarily, as an “exotic” Other, without experiencing any of the daily discriminations faced by marginalised cultures.

Culturally appropriative parties taking place at UNSW are disrespectful and complicit in erasing a rich culture and identity, and they are indicative of wider problems on university campuses. This is despite the fact that our student organisation and a majority of the colleges often emphasise that they foster inclusive environments.

A cross-campus action will likely be coming up in the next few weeks to begin discussions on how to combat racism on university campuses. It is time to start a dialogue about complicity in racism, putting mechanisms in place for dealing with such grievances when they occur, and preventing them from occurring.