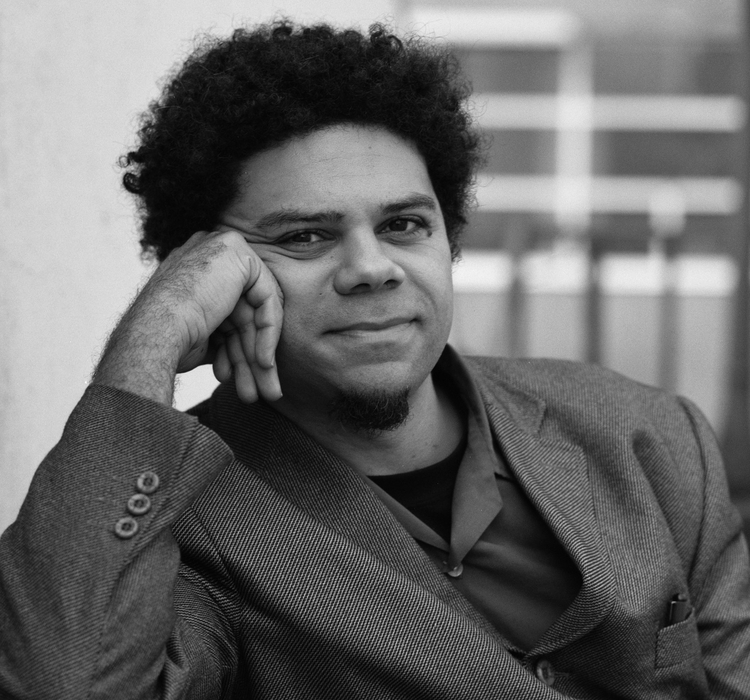 By Zara Khan and Jordan Daly

Miles Merrill is many things. A writer. A performer. A performing writer. An African-American. A mentor. The Creative Director of Word Travels in Sydney.

He brought poetry slams to Sydney, and his work touches on society, class and race and has been performed worldwide.

What is Word Travels and what does it actually do?

Word Travels is a literary arts organisation. We run projects that inspire people to tell their stories.
When did you become interested in slam poetry and what inspired your interest?

Poetry slams started in Chicago, which is where I’m from. So I was going to the first poetry slams at the Green Mill just out of high school, getting up and performing straight out of drama class.

I wanted to be an actor but, as an African-American, only saw stereotypical roles on offer. I realised that my own ideas or emotions would never be expressed through acting. So I switched my focus to writing.

When I moved to Sydney, a theatre director friend convinced me to perform from my notebook at an open mic. That led to being offered gigs around Sydney.

At one of those gigs, at the Sandringham in Newtown, was another poet from Chicago. We were performing to the same audience every Monday night and after a few months decided to introduce the idea of a poetry slam, where poets get up from the audience and other members of audience are enlisted as judges holding up scores. The poet with the highest score got 20 bucks or a bottle of wine.

There is no such thing as slam poetry. Anything can happen at a poetry slam – a story, lyrics, monologue, poem, stand-up comedy, sound-effects. The only distinction is the short the time-limit and audience judging.

People who perform their writing are usually called spoken word artists. Word Travels uses the term performing writer as it covers the wide variety of expression found on stage with words.

What is the value of slam poetry to you?

The value is that a wide variety of people get an opportunity to get on the microphone.

Because the word “poetry” is in there, the person has an obligation to create a work of art. It’s not just a recital of an essay. An additional value is that the audience/community is engaged and empowered.

The MC at a slam ties the sequence of spoken word performances into a show. A slam is a spring-board for a performing writer.

They only get 2 or 3 minutes in a slam. The next step is to create a 15-30 minute set. From the set the artist can then experiment and create a show, a video … anything they can imagine.

As I mentioned, time-limit and audience judging creates a slam. Also, the performer writes their own material or the writer performs their own work. It’s a more direct relationship between audience and artist.
You were born in Chicago, so what made you end up in Australia of all places?

I met an Australian in Chicago. She and I travelled to South America together. After that, she moved back to Sydney and I came down for a visit in 1996.
I read about your experience workshopping at Arthur Phillip High School in Parramatta (editor’s note: 95% of students at Arthur Phillip are from a non-English speaking background). Do you think it’s easier or harder to play with language if you’re bilingual?

I think it should be easier because you’ve got more than one language at your disposal. It does require confidence. Often people feel pressure to put aside their original language to “fit in”.

Poetry slams, and the community in attendance, create a space of encouragement; positive reinforcement that hopefully leads to a multilingual writer feeling a sense of empowerment.
Do you think recordings of spoken word performance, like your albums, resonate more with audiences than live performances?

Live performances resonate much more with audiences. They are limited by the size of the venue and the ability to market that moment. Recordings are often a compromise so the artist can reach a larger audience.

It’s a simulation of the artist. Having a live, human-to-human experience will always be more valuable than the artifact.

You’ve previously stated that you have a “loss of access to [your] past”; do you think this informs your work more than your past itself?

Complex question. Multiple facets of my experience of the past inform my work. I can’t help but be influenced by my personal and direct past whether I am aware of it or not. I also mourn the lack of access to traditions that are far removed from my contemporary experience.

I don’t know what part of Africa my father’s family came from. Their slave experience helps me put today’s African-American issues into context but it feels like the wrong cultural characteristics to celebrate.

My mother doesn’t speak the Napoli dialect Italian her father did.

The desire to research and identify with my ancestry has grown more now that I have children, but I still don’t see how I could honestly incorporate the rituals of my ancestors into my daily life even if I knew them. I guess within this answer is the classic quest that informs the work of many people. The search for clues that shape my identity.

Word Travels’ upcoming poetry slam is multilingual. Does requiring subtitles and translations pose issues of loss of authenticity and immediacy?

We do provide translations but encourage people to just be immersed in the sound and the expression of emotion.
Given you were born in Chicago and emigrated here, would you say Australian society is more racist than the United States?

There are neighbourhoods, regions, politics, population size and individual personalities – lots of factors that go in to characterising an entire nation. I don’t think there is one key statistic that would allow us to determine whether one country is more racist than another, except in extreme cases like the holocaust or other examples of genocide.

I can say there are a lot people in both the US and Australia that have not made the effort to understand and empathise with cultures outside of their own.
You’ve travelled all over Australia. What’s your most memorable experience?

Hitchhiking from Adelaide to Alice Springs, I was constantly being mistaken for Indigenous and explaining I was from Chicago. I experienced an incredible duality on a number of occasions where the way people spoke to me took a 180-degree turn. It was shocking and inspired one of my first monologues – Monotype.

The Multilingual Poetry Slam is at Customs House on Tuesday 21 March, as part of the Living in Harmony Festival. It is organised by Word Travels and will feature 12 poets performing in their native language. Buy tickets at https://www.eventbrite.com.au/e/multilingual-poetry-slam-tickets-31115069009

Previous Here’s Why Nemo (and the Environment Collective) Protested the UNSW Careers Fair
Next Very Funny, Very Steamy Tempest in Studio One