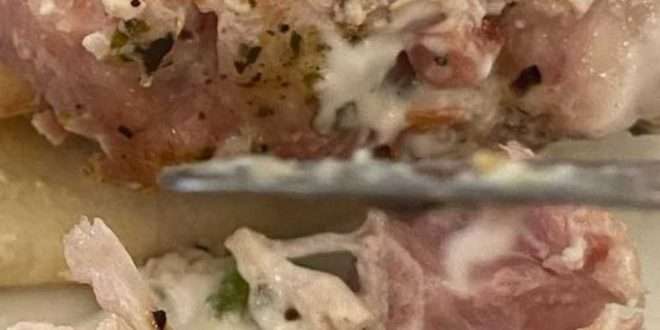 Tharunka reported exclusively at the scene, where the tearful rejoicing of dozens of college students echoed throughout the hall.

The change comes after several weeks of reported sub-par meals, and the announcement that the Goldstein Dining Hall – “Dino” to the locals – will be contractually separated from its current catering service at the end of the year.

Tharunka reached out to the catering service for comment and received a thirty second voicemail from a Scottish gentleman, who spewed profanities about UNSW management.

An inside source revealed that the gentleman in question is no longer employed by the company, but suggested that his ongoing presence is felt in a way that can only be described as “supernatural”.

When a catering employee was questioned about whether rumors that the Scot still lurked in the building after hours were true, he became visibly distressed – notably looking towards a nearby ceiling vent – and refrained from comment.

He then served us a schnitzel and politely sent us on our way.

“I never thought I would be so happy to receive a basic level of nourishment” said college resident William Frederick Penfold, while dusting crumbs from the chicken schnitzel he’d just inhaled off his new rugby shorts.

When asked if he had ever actually cooked a schnitzel for himself, Penfold refused to comment.

When asked about the state of Dino’s food, a student whose parents don’t own more than one property on the Australian East Coast had this to say:

“It’s not even that bad. All the people here act like they aren’t literally being fed 3 meals a day every day of the week. We even have bloody hot chocolate machines!”

This comment was followed by an eruption of guffaws from Penfold and his mates as they walked past. It is understood that they are often seen purchasing barista-made, $4.50 hot chocolates – with organic oat milk – and a few slices of banana bread from one of the campus cafés every day.

“If you ignore the dry chips and old cucumber, it almost resembles a pub schnitty,” the student added.

“One from the Roundy though. At best.”