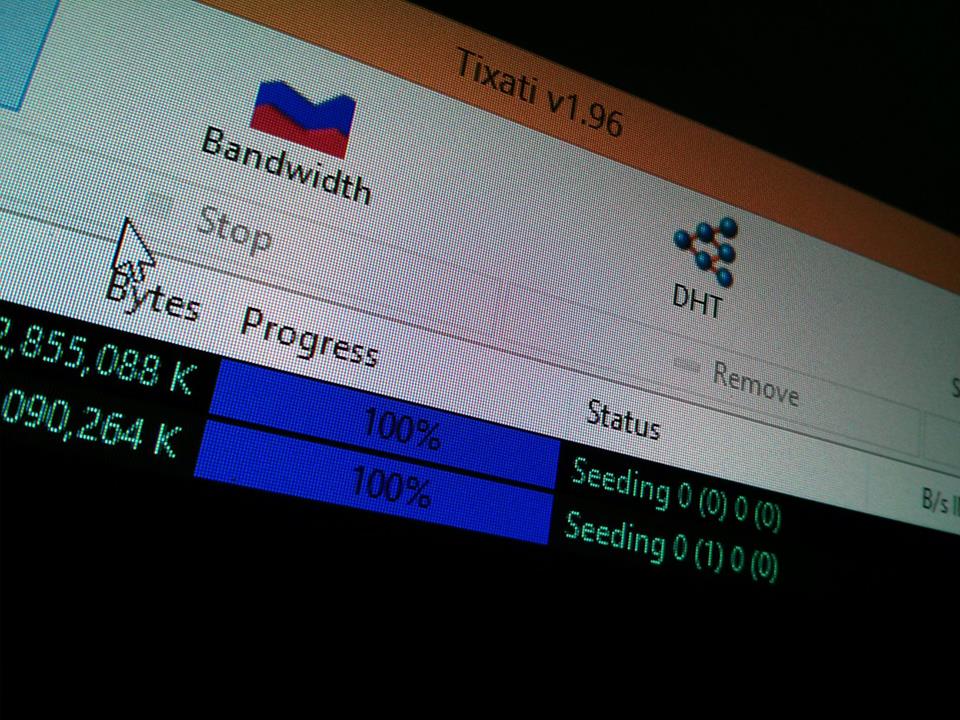 The Abbott government is considering reforms that would make it more difficult to download content using torrents, as well as undermining the online privacy of Australians.

On February 14, Attorney-General George Brandis’ response to the Australian Digital Alliance forum held in Canberra revealed that the Abbott government was considering a graduated response scheme to deal with online copyright infringement. This is despite assurances given by the Coalition to ZDNet in the lead-up to the 2013 election that it had no such intention.

According to Brandis, the government is also considering reforms that would require ISPs to block access to websites that facilitate piracy, such as popular torrenting website The Pirate Bay, bypassing the need to warn users about the illegality of their behaviour.

Brandis said that the reforms would bring Australia in line with its international trade agreements, which he lists as some of the Abbott government’s “signature achievements”.

It is no secret that the “signature achievements” to which Mr Brandis refers are the ongoing negotiations of the specific terms of the Trans-Pacific Partnership (TPP), one of the largest and most comprehensive free trade agreements ever proposed to date. The agreement comprises twelve parties, among which, New Zealand, Indonesia and Australia are represented, and would apply to a diverse range of industries, such as pharmaceuticals, and tobacco and agricultural subsidies.

There has been much controversy surrounding the TPP, both regarding its substance and the degree of secrecy surrounding the negotiations. The “Advanced Intellectual Property Chapter for All 12 Nations with Negotiating Positions” only became available to the public in late 2013 when it was leaked by WikiLeaks, at which point, it had already undergone several rounds of closed negotiations.

Trade Minister Andrew Robb dismisses the public’s concerns regarding the anti-democratic nature of the process as groundless conspiracy theory – a “straw man set up by anti-traders”. The TPP has certainly attracted the criticism from fringe elements as well as populist agitators. Besides WikiLeaks, it has been criticised by notorious hacker-activist Kim Dotcom, whose file-sharing site MegaUpload was seized by the U.S. Department of Justice (DOJ) in early 2012 using invalid warrants. Dotcom calls the copyright and IP provisions of the TPP an attempt by Hollywood “to turn the Internet into a totally censored and controlled network to their liking”.

If Dotcom is to be believed, and Hollywood lobbyists are responsible for the TPP’s copyright and intellectual property provisions, then the trade agreement represents a significant broadening of the Hollywood lobby’s efforts. No longer is its sphere of influence restricted to U.S. domestic politics, but is now aimed at enforcing copyright globally.

The reforms to copyright proposed by the TPP, if enshrined in domestic legislation, would be a significant departure from the current law in Australia governing illegal downloading. In the 2012 High Court case of AFACT v iiNet, the Court unanimously held that Internet service providers have no duty to take any action when Hollywood production companies, through their domestic lobby AFACT, provide evidence that users have downloaded copyrighted material content.

A recent report from Monash University law professor Rebecca Giblin suggests graduated response does not actually deter people from torrenting. Indeed, other developed countries have found the most effective way of reducing illegal piracy is by ensuring that affordable legal alternatives are made available to consumers. This echoes iiNet CEO Michael Malone’s suggestion that copyright holders need to make paid content available to Australians “in an affordable and timely manner”.

According to Malone, Australia’s mass engagement in Internet piracy is due to not having services like Netflix, a popular on-demand Internet streaming service available to viewers in the Americas and most of Western Europe. But U.S. ambassador to Australia Jeffrey Bleich disregards our lack of on-demand Internet streaming entirely, framing the issue solely in terms of legal culpability. In an article entitled “Stopping the Game of Clones”, Bleich actually likened Australians torrenting content to the popular HBO series Game of Thrones in terms of how “epic and devious” they both are.

Unlike countries that have graduated response schemes, Australia does not possess the infrastructure to offer a cheap and legal Netflix-style alternative to torrenting. Countries like the U.S. and Japan all have highly sophisticated telecommunications networks, with lightning-fast broadband, whereas Australians are stuck with the Coalition’s mediocre fixed-line National Broadband Network.

This happens to work out very well for Rupert Murdoch, who strongly opposed the creation of a fibre-optic NBN during the 2013 federal election, using his conservative mouthpieces, The Australian and The Daily Telegraph, to put forward his “vision” for Australia’s future. Murdoch, who receives an estimated $25 – 30 million in subsidies from Australian taxpayers every year, questioned whether the NBN could be financed in the present situation.

Behind all the soapboxing, however, the media mogul was aware that Labor’s version of the NBN would lead to Netflix-style on-demand television, which would deal a huge amount of pain to his television monopoly, Foxtel, just as it did to his Time Warner Cable in the U.S. a half a decade ago.

Former Prime Minister Kevin Rudd has called Murdoch out on his true motives for helping to kill the NBN, inviting us “to ask the question why Mr Murdoch really doesn’t want the National Broadband Network to be connected to everyone’s home and everyone’s small business”.

For all the inconveniences that a graduated response scheme represents, it pales in comparison to the curtailments to the online privacy of the Australian public proposed by the “Telecommunications Legislation Amendment (Submarine Cable Protection) Bill”. The bill, proposed in 2013, would change the substance of the Telecommunications (Interception and Access) Act 1979 (the TIA Act), which has hitherto protected the privacy of communications transmitted through established cable networks in Australia. The TIA requires that warrants be provided by any authority that wishes to examine the data sent and received by phone and Internet users.

The Submarine Cable Protection bill would remove these protections, providing a legal requirement for ISPs like Telstra to disclose the Internet histories and phone records of its customers to police and intelligence agencies, domestic and foreign, without providing a warrant. It would cede regulatory responsibilities from the courts to non-democratic entities – ASIO, as well as the NSA – giving both entities the ability to monitor and retain the data transmitted by Australia’s undersea cables. It would require ISPs to “provide assistance to law enforcement and national security agencies regarding telecommunications interception and access to telecommunications data”. Finally, and most troubling of all, it would exempt all of these operations from disclosure and scrutiny in open court, much the USA PATRIOT Act.

If the Abbott government decides to act on its proposed reforms, the way that Australians consume media will change radically, as will acceptable legal standards pertaining to privacy.

Previous An Expert’s Guide to Life: How to make a muscle shirt
Next Warrane punished for sexist conduct