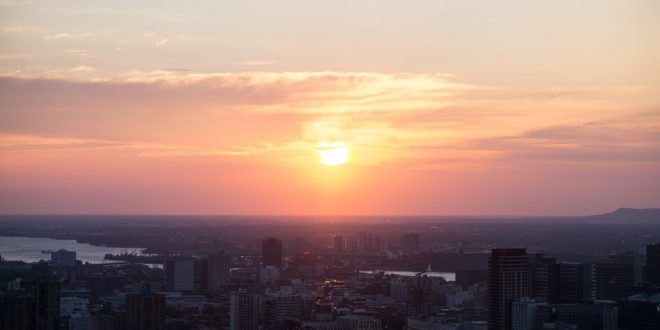 It was the way Sam’s gaze fell which made me nervous.

The way she gazed at me from halfway across the humid nightclub, the scent of tequila and cologne diffusing into the dark, unnaturally cold air, her soft brown eyes locking onto mine.

She held my gaze, her lips curling into a roguish smirk.

“I used to think I only liked curry girls,” drawled Eddie, interrupting my thoughts, “but Asians… oh boy… when they’re not selective school nerds, they can be really fucking hot. Ethnic girls in general. Fucking majestic.”

I raised an eyebrow. I am Asian. Just as I was about to respond, he spoke again,

“Sometimes I wonder what I’m doing wrong. Whenever I try to get a girl, they misread my signals and whenever I’m just trying to be friends, they think I’m flirting. I keep accidentally flirting with girls. It’s so frustrating.”

Wow! I really wonder what you’re doing wrong, I thought. The urge to shoot that snarky comment in his direction tugged at me. Let it slide, commanded the other, more sensible, voice inside my head. It’s nothing.

Eddie sighed. “ I feel like I’m the gay best friend a lot of the time. Just too good at friend-zoning girls. That’s why I’m so unlucky in love.” I looked back at the bar stools. Sam was sitting there alone, quietly sipping her drink.

Sam shot me a mischievous grin. “Come over,” she mouthed.

“How on earth did you withstand more than ten seconds of drunk Eddie whingeing about his non-existent love life?” Sam exclaimed. Her breath smelt of long islands and mint.

I shrugged. “Well, Eddie is Eddie.”

“No,” I said, a little too defensively.

A silence hung between us. I opened my mouth, unsure of what to say to fill the empty space, all too aware of Sam’s averted gaze. The coloured strobe lights darkening her face made it difficult to tell whether she had actually wanted to talk to me or if she was simply rescuing me from Eddie and his ideas about ‘ethnic girls’.

He appeared behind us. Sam’s rescue mission had failed.

“Ladies!” he announced. He sidled up next to Sam on the small leather bar stool. “More drinks are here! On me tonight!” I couldn’t decide whether I was more annoyed he’d returned or more annoyed he’d caught me off-guard; caught me sitting stiffly next to my female friend, the stilted conversation dying between us like a candle slowly going out.

I downed the rest of my Newtowner as Sam and Eddie’s muttering voices melted into the background, the rumbling chatter and house EDM all blurring into one homogenous drawl.

Anyone who didn’t know us probably thought we were the most unlikely pairing. Sam was snatched, healthy, and beautiful. I was not.

The first time I met her, I disliked her.  Disliked the way she strode into my cabin on the first day of first year camp, her dark, wavy hair caught beneath her canvas bag straps, her multiple piercings swaying as she swung her gym bag onto the bunk bed next to mine.

“Hey there,” she breathed out in a charming American accent that I instantly hated.

Over the next two days I mostly ignored her. The last night of camp found me lying in the dark with her on the floor of our cabin, talking about everything and nothing as a bottle of vodka emptied in our hands. I stared at the stars through the skylight, wishing we were the only two souls in the entire world.

Then we woke the next morning and pretended we were too drunk to remember the night’s conversations. I watched as she climbed on to the bus with a brooding guy in a denim jacket. It’s probably nothing, I told myself. But I felt the bubbling dislike rising in my chest once more and suddenly wished I’d never spoken to her at all.

For months, I’d replayed this fantasy: we’d wake from a luxurious slumber, still foggy from last night’s hangover. Then, once the fogginess cleared, I’d take her to my favorite spot, a hill overlooking the city. We would see everything. Tiny boats drifting in and out of the harbour. A network of vein-like streets, crossing and recrossing paths like figure skaters. Two tiny glass highrises glistening in the afternoon light like star-crossed lovers amidst the vast grey oceans surrounding them.

“It’s… breathtaking,” Sam would whisper. “I can’t believe you’re only showing me this place now.” I’d place my hands firmly on her shoulders. I’d feel the warmth of her back, her hair swirling in the gentle breeze. “I don’t want to leave,” she’d say after a long pause. She’d turn, gazing deeply into my eyes. “What if…” she’d begin with a wicked smile, “What if you followed me back to the States? Booked the next flight. Cancelled your subjects for the next term.”

I’d study her closely, trying to determine how serious she was. Then I’d stop myself, too afraid to entertain the thought. Too afraid of myself.

That’s where the fantasy would end.

As I drove her to the airport, I found myself replaying it. I glanced at Sam in the rear view mirror, her suitcases piled high beside me.

She beamed. “Thanks for everything. The BnB, the clubbing. Honestly, thanks. I’m so lucky to have you. You’re amazing. I love you.”

I love you. “You’re welcome,” I replied, hoping Sam couldn’t hear it in my voice. I love you. I was glowing inside. I love you, the words still ringing in my ears.

“I’m really glad you enjoyed it,” I said.

In that moment, I was floating. She was mine. Nothing else mattered.

“Ugh, I just hope that things aren’t, you know, weird between me and Eddie when he sees me off at the airport.”

Her words hit like a kick in the guts. I froze. A storm of drunk memories from last night flooded me. The smell of vodka. Eddie’s laugh. A door slammed in my face. The disgust rising in my throat. Why him?

My knuckles blanched on the steering wheel. I willed myself to blink back tears, myself to stay silent, to stifle the scream rising in my throat. It’s nothing, the voice inside my head screamed. It’s nothing. It’s nothing.

“RACHEL!” I slammed the breaks. My heart raced in my chest. An old woman crossing the road scowled at me, centimetres from the windshield.“Is everything alright?” asked Sam’s voice through the fog between my temples.

I took in a deep breath and exhaled. “Yeah,” I finally muttered. “It’s nothing.”

Finally we arrived at the airport gates. Eddie and the others were already there, hungover but smiling.

“Remember to call me, Sam.”

“Hit me up if you ever come back to Sydney.”

It’s nothing, because for too long I’d believed that was what I was. You are nothing, I told myself when what I longed for in my heart was wrong though every sinful impulse in my body told me it was right. You are nothing, I repeated to myself, because it was fine. Because I was fine being alone. You are nothing, I screamed at the voices inside my head because who could ever love a girl who’d made herself so small that there was nothing left to love?

As I watched her plane soar into the clouds, I felt myself shrinking smaller and smaller beneath her.

You are nothing, I repeated to myself like a mantra because being nothing felt safe. It was a room so warm and blood-close I’d learned to mistake its walls for skin.

Share
Previous White Noise
Next Hurt Him, Help Her