Higher education has – from the Middle Ages until recently – been the sole preserve of those who belong to the upper-middle class and the upper class. However, with the invention of such things like HECS, the door has opened slightly for those from a lower socio-economic background. This, of course, is all well and good, but it will laden the person with a massive debt and does not account for the other costs that are associated with higher education. Costs such as rent, food, clothing and, of course, textbooks are at such an exorbitant rate that it puts enormous stress on people who are in the lower socio-economic brackets. Queer students often find themselves in the lower socio-economic brackets due to the way that society deals with queer people, often leaving us reliant on welfare due to reasons such as not being able to live at home, or high medical bills. As the prices of rent and food rise, there is less money for the queer student, who will most likely to fall into one of the more marginalised parts of society so that they’re able to afford their other academic costs. It doesn’t help that the academic textbooks are sold at astronomical prices – this practice is gross and in effect serves to keep academic knowledge in the hands of the upper classes whilst denying it, or making it extremely difficult to acquire, for those who belong to the lower classes. The academic class structure is of course a reflection of the class structure of the wider society, and that society makes it hard for a number of queer students to escape poverty and acquire academic knowledge.

Previous Trashgender
Next Yes I am in the right bathroom, so fuck off! 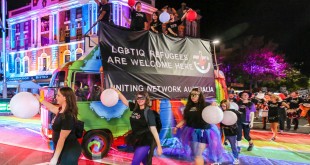