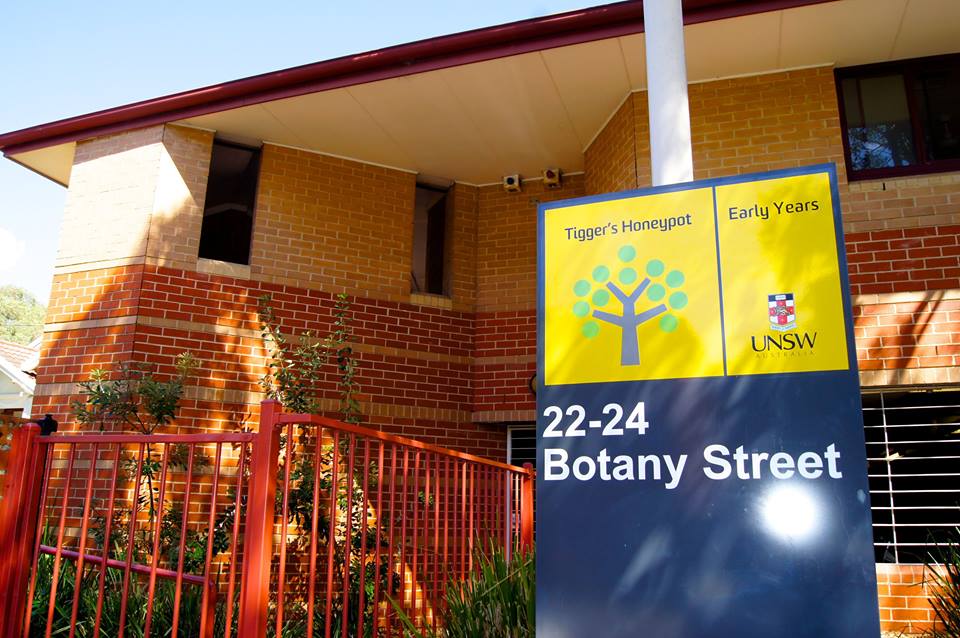 UNSW students with young children are finding it increasingly difficult to find accessible and affordable childcare on campus, which can exceed $100 a day. This is leaving many students – predominantly young women – struggling to keep afloat financially.

According to SRC President Joel Wilson, “Students at UNSW believe that the current system of on-campus childcare is unaffordable and unable to cater to their needs.”

Childcare on campus is managed under the umbrella of UNSW Early Years, which itself comes under the ambit of UNSW University Services. Four centres on campus – House at Pooh Corner, Kanga’s House, Owl’s House and Tigger’s Honeypot – cater for children between three months and school age. The total capacity of all four centres is 289 children.

With women’s workforce participation under additional focus recently due to the federal government’s proposed $5.5 billion a year paid parental leave scheme, there is also pressure mounting to reduce costs and address the childcare issue. As Olga Lisinska, the SRC’s Women’s Officer, told Tharunka, “There would be women who miss out on the chance to go to university, as they are not able to afford childcare.”

Students like Morgan Roach, a Social Research major whose two-year-old son is in House at Pooh, feels students’ needs are not being met. “The special status of student childcare and our needs ought to be recognised separate to staff centres, as our social and economic make-ups resemble very different scenarios in most cases,” Ms Roach told Tharunka.

As Ms Lisinska pointed out, “For 48 weeks a year [the cost of childcare] comes out to $24,000 per child. This is more than the average wage for an undergrad and more than half the average wage of a postgrad – both coursework and research.”

Although parents are able to claim the Child Care Rebate, as well as the Child Care Benefit if eligible, they still find it difficult to make ends meet. As Jemma Carlisle, general manager of Early Years, notes, “Despite recent increases in government rebates and our UNSW discounted student childcare rates, we actively hear our parents’ concerns regarding the cost and availability of childcare services, especially in the eastern suburbs area.”

Currently, parents are able to claim assistance via the Child Care Rebate and Child Care Benefit.

The former is not means tested and is based on 50 per cent of a parent’s out-of-pocket expenses. The maximum rebate is $7,500 per child, per year.

The Child Care Benefit is means tested and capped at $199.50 per week. “Families of a low income can reduce the cost to roughly $60 per day, which results in approximately $6 an hour for care,” says Ms Carlisle.

However, Olga Lisinska notes that government assistance “only reduced the fees to about half, which would still be unaffordable for many parents”.

Students like Morgan Roach agree. “With the full extent of government rebates, childcare fees still come close to $900 per month. Coming up with that sort of money on top of housing costs, and all the other bills, is highly stressful and sometimes impossible,” she said.

Another key concern for students is the increase in childcare costs in recent years, and the uncertainty that creates for students with children in the Early Years centres, particularly when they are already struggling to make ends meet.

Both students and their student representatives appear frustrated at the gradual price increases.

“There are concerns that fees for childcare on campus are obscenely high, perpetually increasing, and that there is a huge waiting list for students to have their child cared for on campus,” said Joel Wilson.

Often the workload of study – be it full-time or part-time – along with the responsibility of young children, means working whilst studying is simply not an option, especially for young women.

Tharunka has been notified of several instances where students with children will even exceed a full-time study load at the expense of good grades just to get into the workforce faster to make ends meet.

“The other key challenge is to find the time to keep up with the workload. You pretty much have to forget about study at home when there are ankle biters awake, or home sick, which is why full-time, consistent childcare is critical to success,” Morgan Roach told Tharunka.

Thus, young parents can find themselves below the poverty line, with children, and still facing high childcare costs. As Ms Roach puts it, “For many of us, it is a life lived in arrears, on credit and by chance.”

Long waiting lists for students who want campus childcare is also a major issue, with an average waiting list of 12 months, according to the UNSW Early Years website. However, in practice, the waiting times can be much longer.

“I put my son on the waiting list when we found out I was pregnant, as I’d been reading in the paper for years about crippling waiting lists for care. Close to two years later, Leo started at the centre,” Morgan Roach said.

Another problem can be certainty of whether or not a place will be available, even after the average waiting period.

“They don’t give you much of an indication whether you will indeed be offered a place. They usually offer at the end of the year, so you’re in limbo about whether you can return or start your degree the following March,” said Ms Roach.

In response to such concerns, Gemma Carlisle told Tharunka, “The waitlist for childcare places at UNSW highlights our standard of service and the high demand from our staff and students. Unfortunately, the number on our waitlist and the length of waiting times are higher than we would like, but [it] is a reflection of the high standard of our existing facilities.”

Both the administrative side of UNSW Early Years and students recognise the impact of costs and lack of availability. However, for those whose lives this issue impacts on most, they see the situation as something far more profound.

As Ms Roach told Tharunka, “The question really is: Do we place value on students with kids finishing their studies? Do we care about the social and economic status of women?”