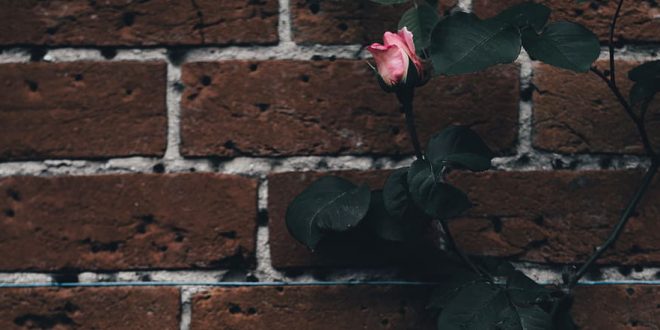 Aarjun had learned something new about Phillip each day. He realised this on Day Nine, when a ticket inspector demanded ID and Opal cards and ‘the blonde man with freckles who gets off at Strathfield’ became ‘Phillip duLac’, whose freckles were so blurred in the low light of the photograph that he looked distinctly tan. Aarjun made sure to hold his own ID – in which he looked approximately fifty years old, eyes somehow blue in the camera light – face up as he handed it to the inspector, just in case Phillip was looking. Day Eleven was that his laptop case was bulging with paperback books; Aarjun wanted to ask what anyone could possibly need with twenty copies of Hamlet, but the ‘this is a quiet carriage’ sign scared him too much to risk it. Twelve was simply that when Phillip loosened his collar just a little it showed he had a birthmark in the shape of a cherry at the apex of his Adam’s apple.

It took until Day Seventeen for Aarjun to resign himself to the fact that he was infatuated with a man he’d never really met: tripping down the steps to the lower compartment and almost falling into someone’s lap and them being gracious about it did not count as meeting them. He looked past the ridiculous freckles on Phillip’s nose – as if splattered on with the careless flick of a paintbrush – to the brick tunnel walls, grey with smoke, where tiny blossoms crawled through cracks in the stone. He needed to think about deadlines and duties and all he could do was steal glances at the man beside him.

Nineteen: Phillip drank tea, not coffee. Eight times implied the rule, not the exception. English Breakfast, two sugars, no milk. Twenty-four: whenever struggling not to laugh he sucked his lips in between his teeth. The giveaway was that his chest moved as if he was laughing anyway. Cat videos seemed to be the most consistent triggers. Day Thirty was that Phillip was good with kids and that Aarjun was a sucker for it. Sat opposite a harassed-looking teenage boy holding his crying baby sister, Phillip pulled faces and made his tongue do absurd things until the child’s giggles bubbled from her chest. Aarjun contributed to a whispered rendition of ‘This Little Piggy’ by pressing a fingertip to each of her toenails until Phillip reached the climactic piggy going ‘oui oui oui all the way home’. They continued this way until they reached Parramatta, where brother and sister, both mollified, exited hand in hand and waved dramatically to the two men from the platform. They looked at each other, both on the verge of speaking, and seemed to decide in unison to stay silent and grinning and full of laughter. They sat closer from then on.

Day Forty proved that, outside of whispered nursery rhymes, Phillip’s accent was that of a New Zealander. All his vowels seemed to end up as ‘er’. Aarjun loaned him a bookmark and watched in some wonder out of the corner of his eyes as Phillip worked through the book over two days, face alight and changing as the pages turned. The bookmark was returned the same time next day still in the book, by a Phillip with darker circles under his eyes, yawning profusely. He dropped the book in Arjun’s lap with a yellow sticky note on the cover simply ordering, Read this!!!! Almost laughing with the ridiculousness of the whole situation, Aarjun gave a thumbs up and obediently began to read. He was so deeply absorbed in the book by the time they hit Strathfield that he barely noticed Phillip getting up to leave until he spoke, “Have fun, see you Thursday.” Aarjun only realised in hindsight that it was the first time Phillip had really spoken to him. On Thursday, with the book neatly closed in his lap and the deep pallour of sleep deprivation to his skin, Phillip handed Aarjun a latte with two sugars, and Aarjun realised that he wasn’t the only one paying attention.

Day Fifty-two: Phillip’s father was dying. He cared for him on Wednesdays and weekends. His thumbs tremored, dragging over his emails. Those from a month ago were all answered and neatly filed away – doctors in blue, coworkers in green, friends and family in purple, students in red – but those within two weeks were piled on top of each other in barely-varied shades of grey. Aarjun handed him his English Breakfast (black, two sugars) and tried very hard not to think about the way their fingers crossed one another so neatly against the cardboard frame. Their first real conversation arose, in that Phillip started talking and seemed not quite able to stop. They were shamed off the quiet carriage.

Day Fifty-three: He’d be taking his father to see Les Miserables ‘for the last time’ on Wednesday night. He booked the tickets on his newly-cracked phone screen where his hands were shaking so violently Aarjun offered in a whisper to do it for him. That was enough of a shock for Phillip’s hands to get it done.

Days Fifty-four to Fifty-nine: Aarjun simply learned how deeply embedded his hour with Phillip of a morning had become in his life and how much it hurt for it to be gone.

Day Sixty established that Phillip cried in absolute silence. Still, jaw set, shoulders held so firmly back against the seat that the seam of his blazer dragged down. Not moving until the tears stopped. The soft skin around his eyes didn’t go red, but his irises turned from blue to green.

Day Sixty-one: Actually, the skin around his eyes did turn red. His stubble was darker than his hair.

Sixty-six: He frowned in his sleep, brow furrowed and pressed against the window as the bricks and vines and towns and trees shot past them. He curled into Aarjun’s scarf.

Seventy through Eighty was a slow learning process of small things, the little constituents of grief and its process in the early morning hours before the world had really begun, when he wasn’t quite performing, yet. Aarjun watched the way that he composed himself in the minutes before getting off, the way his smile – still cast on Aarjun, sometimes – shifted from one of soft lines to one of the sheer tenacity needed to face high schoolers without crying any more than he already was. Seventy through Eighty was also when Aarjun learned their hands fit together. Undiscussed, unobserved, simply existing joint-to-joint and pulse-to-pulse. He learned he was not yet ready to support a partner through their grief. He would likely never be ready for it, but taking his hand was something, at least.

Aarjun fell asleep on Phillip’s shoulder, once, Day Ninety-two. He fit there, Phillip’s cheek nestled in his hair, the backs of their hands together at an odd angle on the purple vinyl seats. Phillip woke him gently, squeezing his fingers, dragging his thumb over Aarjun’s knuckles until he was eased out of his travel-blurred dreams.

Day Ninety-five: Falling back asleep together in the early Winter morning, scarves tangling and ankles crossed, was a small, strange form of magic.

Day One Hundred: Phillip duLac’s handshake was steady and strong. He laughed into his words: “I’m Phillip. Aarjun, right?” Off the train, outside of its rumbling confines and rules of quiet, his voice was lower, clearer.

“That’s right,” said Aarjun. They fell, naturally, from handshake to held hands, from the shy smiles of newness to the deep warmth of time, from the silence of the world from whence they came to the quiet conversations of building a future.