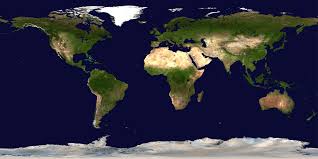 In recognition of Anti-Poverty Week,  we bring you this piece in collaboration with UNSW’s Social Justice Project.

Four months before I made my final HSC rite of passage, my mum caught a plane to Papua New Guinea and trekked through the jungle, vaccinating communities with no running water or electricity. I vividly remember the night she came home. It was July, and we were standing in front of a cranked-up fireplace because we’re flimsy Sydneysiders and don’t know how to survive mild changes in weather. Her skin was a tanned earthy brown. Smiling, tears welling, she recounted the stories. On their first night, they saved a young girl who had cut her hand with a bush knife and was severely infected. Up in the mountains, with only one health worker for thousands of people, there was nowhere that this girl could have received immediate medical attention – she could have died.

As she was telling these stories, mum was gazing into space at something I couldn’t see; she was still reliving each moment. The adrenaline-charged stress for the girl with the injured hand. The stark, surreal contrast between the living conditions in the villages, and everything we take for granted in Australia. The growing, overwhelming realisation that they could make a difference for the health of this community.

In fact, that moment never really ended. After they came back from Papua New Guinea, she and her team founded a charity to continue their work, saving the world from Hepatitis B. They called it Hepatitis B Free. Four years later, she splits her time between flying across the globe to exotic places, working her “normal” 60-hour week as a doctor, and taking Skype calls at unusual hours. Sometimes I forget that this kind of lifestyle is a little out of the ordinary. In passing conversation, I casually mention that my mum is in North Korea this week. The surprised looks and questions I get range from amusing to insensitive. An absurd but innocent question commonly asked is: “Oh, is she visiting family?”

A ritual of chaos ensues each time she leaves. There is the frenzy of squeezing in extra work, the painful processing of visas from the Chinese embassy, and the late night packing. Once, there was a blackout on the night before mum left to North Korea. She was scrambling in dark cupboards for documents and foreign currency, whilst I stood behind her, shining a flimsy hand-held torch into the blackness. The moment seemed fitting, a mirror to the general state of mess our lives are in.

Before major trips – involving anywhere from three to ten people – the whole team meets at our place to cram as much medical equipment as possible into suitcases. Birthing kits and female hygiene packs are stuffed in between asthma spacers, hepatitis B testing kits and textbooks. Leftovers are packed into boxes and stored away in our basement room for next time. I shut the door, pretending not to notice the ominously accumulating boxes of medical equipment, donated goods and disposable cutlery. After all, we’re a charity, and we’re not spending precious funds on things like storage and meeting spaces – not when our basement and dining room do the job just fine.

Then there are the moments that most people don’t get to see. My mum and her best friend, the co-director, are sitting at the dining table in the small hours of the morning, struggling to stay awake as they tirelessly review medical records of North Korean patients. Long, printed excel spreadsheets are sprawled over the table. Each patient has a name and a row of details about their medical treatment. A laptop glows next to them.

There is always more work to do. Whenever there’s a spare moment, Mum will be writing the next national strategic plan, treatment protocol or memorandum of understanding. Sleep, family time, paid working time, routine, certainty – these are some of the sacrifices that many people make every day in the non profit sector.

Sometimes, when we think about charities and non profits, we picture a business-like, professional industry. A machine that takes in donations and spits out “impact” with well-oiled efficiency. But I believe that a lot of charities out there (with the exception of large scale organisations like the Gates Foundation) are similar to ours – run by a small group of passionate individuals, supported by family and friends (roped in willingly or not).

Stories are powerful. They move people, they create movements. The story that my mum told me in front of the fireplace years ago lives on every time she tells her story to other people – to old friends, new volunteers, bright-eyed students. People see this passion and feel inspired. Keeping this passion alive is a tireless and sometimes thankless fight for what you believe in. It’s a gung-ho commitment to help those who don’t have what we do.