By Nadia Hirst Amidst student uncertainty about whether face-to-face learning will go ahead in Term One, UNSW has announced their plan to return to on-campus classes.   UNSW has emailed staff confirming that classes will be delivered on-campus as best as possible in Term One.   From the 14th of February, tutorials, …

END_OF_DOCUMENT_TOKEN_TO_BE_REPLACED

Eight months ago, a group of power-hungry tyrants staged a military coup in Myanmar, throwing out a democratically elected government. Unbeknownst to much of the world, Myanmar has once again returned to its dark days despite widespread and constant condemnation of the authoritarian government for over five decades.

END_OF_DOCUMENT_TOKEN_TO_BE_REPLACED

Guy explores the role of the Academic Board and whether student elections are able to effect university decision-making.

END_OF_DOCUMENT_TOKEN_TO_BE_REPLACED

Opinion: We need to protest COP26 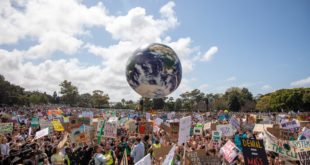 On November 6th, tens of thousands of people around the world are expected to protest the next Conference of Parties (COP26) held in Glasgow where the world’s most powerful governments will be gathering to supposedly plan serious climate action. Gina and Anna explain why all students should join the Sydney protest.