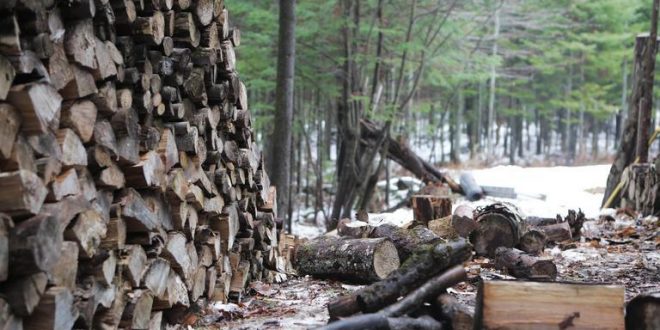 When my daughter was born, we were determined to raise her as a person. No job was gendered, none of this ‘woman’s work’ or ‘man’s job’ that we had grown up with. She would have the opportunity to be capable and proficient.

The thing we hadn’t considered was the term ‘bookworm’. The image of snuggly blankets, warm cardigans, pots of tea in cosies and all that the label entailed. We could imagine her at school, the teacher making a cosy nook so she could peruse the books after she had finished work. She would be encouraged to the library, maybe pick it up as an extracurricular – a hobby she could sit still doing.

I could see her being stereotyped, ignored by the other students, retreating to the quiet space where her mind could roam free. She might stick to reading what other girls did. Stories about keeping princesses in towers and little girls locked in gardens would make their way home, pink covers and all.

She might make it to high school with this passive personality setting in, getting frustrated at all the students pairing off and her waiting for the cute sporty student to finally notice her, living out the norm of all the teen movies. Nerdy bookworms only get happy endings once they take off their glasses and scrub up nicely.

Introverts have no hope at socialising in tertiary education unless they join a club. After being shunned throughout her education, would she even consider it?

My Husband and I certainly meet the book count to be called a pair of ‘bookworms’. But we are far from the image of oversized jumpers and reading by candlelight. We read books, those thin wooden vessels, the paper parcels, without a second thought. They feed our souls, not just our minds. Bookworm is too passive a term and Termites don’t cover the rabid obsession. Carpenter ants do.

As soon as we found our daughter loved stories as much as we did, we started smashing the expectation.

Opening a book and reading it with her calmed her down. It gave her a focus. She would point to the pictures and try to say everything as best she could. Growing up bilingual meant that at least one of us always knew what she was saying.

We read to her every night. Not just Usborne Tales but Die Kleine Hexe and Richard Scarry. We hid yellow ducks around the house just like in the books. We wanted her to see herself as just as alive as the characters. She found every one.

It was book week at preschool. She dressed up as Pixi from the Pixi Bucher. Her idea, not ours. She told the tales of the books, of one long loaf of bread that circled the world, of playing with monsters, and of a parcel that went everywhere trying to find its recipient. The pre-school asked us if the books were available in English. Regrettably they weren’t.

We found a hardcover children’s encyclopedia. We put it in her library for when she was ready. She had just begun learning words in kindergarten when she began to stare at the pages for hours on end, hopping up to do what the pictures were doing. She liked that her father and I pretended to be dinosaurs too.

She helped measure out the wood for bookshelves, watching us saw each plank. We filled water balloons with paint and threw them at the finished case. She ‘helped’ us move it to the foyer – a 2-metre-tall explosion as soon as someone walked in.

We had read her The Princess Bride, despite our own frustrations with the book. She watched her father and I duel at sabre point over who would do the dishes. We went to the toy store next and got her a plastic sword of her very own. She broke it two weeks later, so we showed her how to make a wooden one.

We started a tradition of arguing about a book we were reading. It would take place around Sunday lunch, and it got so loud that our neighbours dropped in to see what the matter was. They had stopped asking by the time Kyler joined in.

When we interrupted her first reading of The Hobbit,  Kyler wouldn’t talk to us for hours.

We picked her up early home from school in tears. She pulled out her sword, waving it around and told us everything that had happened. They were learning about medieval Europe and the teacher had told her that women didn’t fight in those times. When she spoke of Queen Isabella of France who had commanded armies to defend her husband’s English throne, the rest of the class said she was lying and had called her names all day. She had given one of the boys a wedgie because he shouted at her ‘girls can’t be knights.’

That night, we gave Kyler a copy of Alanna: The First Adventure and told her she could be a heroine, too.

We started taking her climbing. We took turns climbing up a rope pretending to be Andre the Giant. Kyler pretended to be Keladry, conquering a fear of heights to defend what was right.

We decided not to introduce her to fanfiction yet. We needed to have ‘the talk’ with her before telling her about that wild west of stories.

We went to Bunnings. She picked her very first jack saw and hard hat – blue, like Wendy’s from Bob the Builder. She had insisted on the colour. We picked up all we needed for the next project and drove home. She made her first three shelves, ripping the saw back and forth, cutting the wood to her own measurements. They were wonky, but she used my pink drill and installed them above her bed herself.

She started borrowing technical manuals from the library. Lots of ‘how to’ books as well. We had purchased a book about physical transformations of growing and puberty when she was 10. It had gotten lost in the shelves. We decided to promote an open discussion instead. She found the book and promptly asked a myriad of questions. It had only been a way for her to approach the information in a way she was comfortable with. We sat her down at the table. We sighed with relief and answered everything we could. After that, we pulled out the medical dictionary from my bookcase.

From that point, we knew high school and life wouldn’t break her. We had grown a resistant kid. She took Woodwork for Year 12. She was using band saws and tools we hadn’t heard of. She was the only girl in her class and 3rd in the year. When she graduated, we got her a complete encyclopedia set for the castle bookcase she had made herself.

She didn’t grow up a bookworm – she grew up a carpenter ant. She devoured each book she could get her hands on. She was anything but passive. She was making lightweight protest signs and commissions for local cafés and bookstores. She would join us for the occasional night of rock climbing, and she would still wear that bright blue hard hat any chance she got.

What she is now is happy. When she comes home for dinner, she smells like sawdust. Her plait has a strand of spikes woven through, ‘for safety’ she says, but we know the real reason; we still have the Beka Cooper series in the living room. Her father restored the handle of her first saw and it now hangs in the foyer with the paint splattered bookshelves. She brought home a partner not that long ago. We were surprised when they joined right into the debate on Brave New World. Most people aren’t used to the lively discussions, the fierce words that are forgotten by the time dessert is ready.

But then again, we aren’t really a snuggly sweaters kind of bookworm family. We are carpenter ants, devouring books one at a time.

Share
Previous What’s Past is Prologue #1: A Brief Overview of the History of Post-Soviet Feminism
Next Hidden Ghosts: The Murder of Transgender People in Australia