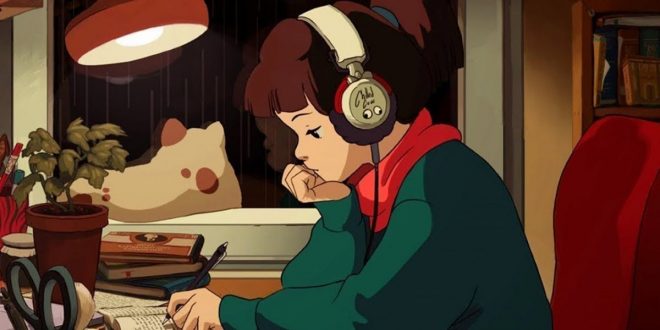 Can I Offer You Some Lo-Fi Beats in This Trying Time?

On 22 February this year (aka, a lifetime ago), YouTube suspended ChilledCow’s livestream without any reason and terminated his account, creating a storm of outrage towards YouTube.  The channel owner, only known as Dimitri, was left with the impression that his channel was lost to the copyright gods.

However, the response from Youtube was prompt (a surprising feat from their end) as many Twitter users campaigned to reinstate the channel Both the channel and the livestream were re-uploaded the next day and is still up as I write this.

ChilledCow, which was established on 18 March 2015, and has amassed over 400 million views and more than 5 million subscribers, has become a cultural cornerstone in contemporary life.

But how did a single YouTube channel’s livestream of music from other artists garner an audience with enough influence to get someone’s account back in less than 24 hours?

Now, for those of you unfamiliar with lo-fi hip hop, jazzhop, chillwave, or other variations of this musical style, I will offer you an explanation with as little musical theory as possible.

The current iteration of lo-fi music present in our pop culture is said to have originated from ‘The White Room’ at the Heaven nightclub in 1989. Inspired by elements of ambient house music, it has transformed into a genre of its own characterised by piano chords, percussion beats, maybe a guitar, or vocal samples from songs, TV shows, or movies.

So then what has brought a musical genre with such simple elements to bring about almost 78 million results when you search ‘how to make a lo-fi song’ on Google?

The combination of relaxing music with anime-style background used for videos is reminiscent of Studio Ghibli movies, evoking a mood that is equal parts nostalgic and melancholic.

That emotional response has led to the creation of a community; on any given lo-fi playlist or livestream, users feel that the comment section is a valid place to air out their concerns, and other users will respond in kind with advice and reassurance. In an increasingly complicated world where tomorrow holds too much anxiety, lo-fi is exactly what we need.

Whether I’m studying, cleaning my room, or pretending to do either of those things as I lose myself on social media, it’s become a necessity in my life. Whenever I need to focus, the calming effect of lo-fi is the best background music.

Listening to lo-fi music dips me into a pool of nostalgia where I’d spend my afternoons in the park and weekend drives to my cousins’ house. It also makes me yearn for a future where I finally have my own place, with a large bay window where I’d watch the sun set.

Lo-fi music provides the perfect middle ground between consuming every single documentary on Netflix and being left alone with your thoughts. It provides the escapism that is helpful in navigating this increasingly complicated world.

Here are some of my recommendations for lo-fi channels, which have playlists for whatever mood you’re in:

And if you’re looking for something a bit more mainstream, here’s Will Smith’s playlist.

Share
Previous ‘52 Films By Women’ Challenge: What Is It, and Why Do We Need It?
Next Recurrence