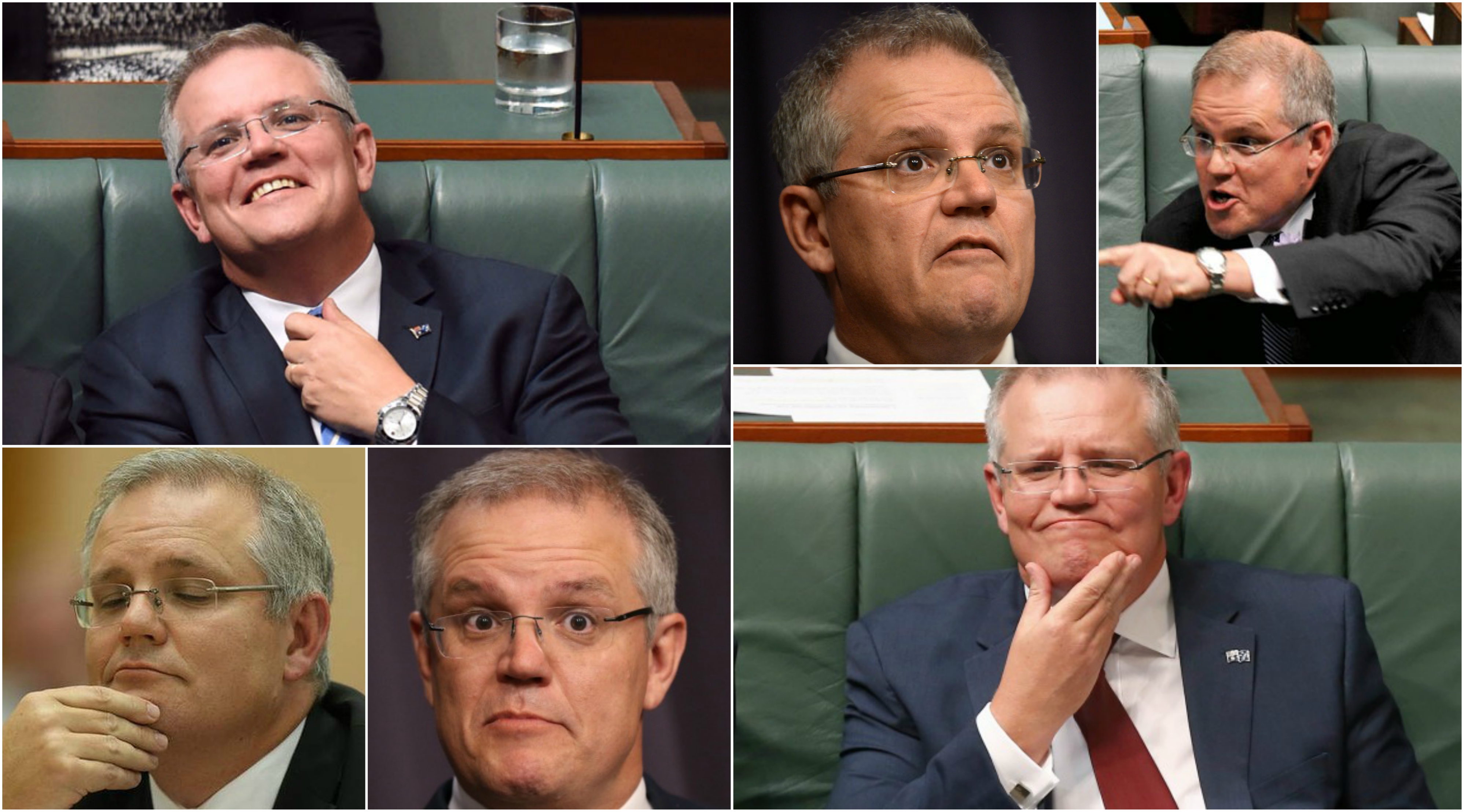 The Budget: fee hikes, extra taxes and ScoMo’s back sweat

The Budget: Fee Hikes, Extra Taxes and ScoMo’s Back Sweat

Mmmm, I love the smell of fear on budget night … the aroma of crisp paper, fresh ink and ScoMo’s back sweat. Lovely.

On Tuesday 9 May, the government delivered the 2017-18 financial budget. It’s widely been received as a political sweetener, appealing to Labor policies and finally kill the 2014 Abbott-Hockey “legacy”.

Strap in nerds, as Tharunka walks you through the budget’s biggest measures and what they mean for you.

It’s a bad day to be a bank

The hardest hit in this year’s budget are the four major banks plus Macquarie. (It’s really cute how Macquarie Uni Bank, always tries to be good enough for the big league.) These five banks are copping a 0.06% levy that’ll see them taxed more than $6 billion over the next four years, or about an extra $1.5 billion a year.

Fun fact: the big four banks made $30 billion profit in the 2015-16 financial year, yet I had to ask my mum for extra money to buy a paddle pop.

While it’s hard to sympathise with former Queensland Premier and current head of the Australian Banking Association, Anna Bligh, there have been suggestions that these taxes will be passed onto consumers, so watch this space.

What about my welfare payments?

As of 2019, the Medicare Levy will be increased from the current 2%, to 2.5% in order to cover the funding gap for the National Disability Insurance Scheme. This increase is expected to raise $3.55 billion in 2019-20, and another $4.25 billion the following year.

Cool, but how does that affect me? Well, if you’re one of the lucky ones who has a job and is freely contributing to the oppressive capitalist regime that encircles and enslaves the working proletariat, then here’s a handy chart for you. (Courtesy of the ABC; I dunno if I need to give credit  cos #plagiarism #turnitin, but if I pay the taxes that keeps that lefty lynch mob going, I kinda own it too ya feel?)

Five thousand welfare recipients will also undergo a new drug testing trial so they can’t dole and dope, and drug and alcohol abuse and addiction will be removed from the Disability Support Pension (DSP). This, coupled with new cashless card initiatives, are set to make the lives of those on welfare harder, but economists say very few people will be forced off welfare. off welfare. These changes are set to affect 450 people each year from accessing the DSP, so if you’re wondering why the government is targeting vulnerable addicts instead of placing a levy on each line snorted by an NRL player, then your guess is as good as mine.

If your broke ass is lucky enough to get a decent job, have rich parents or have the self-restraint to resist that smashed avo, there may be some good news coming your way. From 1 July, first home-buyers will be able to save a maximum of $30,000 of their salary into their super fund, through a salary sacrifice scheme. This means that you’ll have a lower taxable income, and when you go to put a deposit on a house, you can access this pot of gold – but it’s capped at $30k. That should be enough for a deposit on a sliver of High Street gutter, right?

Foreign investors will also have to fork out $5,000 if their investment property remains empty for more than six months in the hopes of freeing up otherwise unused houses to match demand.

If you’re an Australian student, you’re set to be hit with a 1.8% fee rise next year, which will then increase to 7.5% by 2022. The debt threshold to repay your HECS will be lowered to $42,000 at a rate of 1%, and universities will have a portion of their funding tied to performance objectives.

Now, while the National Tertiary Education Union has called this a swindle, and fee rises are never fun, those in the new repayment threshold would fork out about an extra $8 a week, and the fee increases are set at a maximum of $3,900 for a six-year law or medicine course, or $650 a year. Take this as you will, but remember none of this is paid upfront by students under the HECS scheme, so no students are locked out of the tertiary education sector.

New Zealand citizens and permanent residents are fucked though; although they can now access the HECS scheme and defer payment upfront, they lose the ability to gain Commonwealth supported university places, and so will have to pay more. Like, thousands more. Good luck to our Kiwi m8s.

Big props here to the gov. It’s invested an extra $15 million over two years to fund mental health research, and an extra $2.1 million more for Lifeline.

$9.1 million will be loaded into telehealth services for rural and regional areas, and more drugs, such as those used to treat schizophrenia and bipolar, will be listed on the Pharmaceutical Benefits Scheme, making them cheaper and easier to access.

$9.8 million more, over three years, is going to be used to create programs to prevent suicide, in light of a government report into the high rates of suicide and self-harm amongst veterans. $33.5 million will also go towards the Department of Veterans Affairs (DVA) to help cover more mental illnesses, and $13.5 million will be used to clear the backlog of claims in the DVA so that soldiers can get their health needs sorted sooner.

After trying to comprehend these numbers and figures, do you need a dart to take the edge off? Well more bad news; taxes on rollies and cigars will be brought in line with cigarettes. These changes will be phased in over the next four years and are set to make the government a handy extra $360 million in the same period.