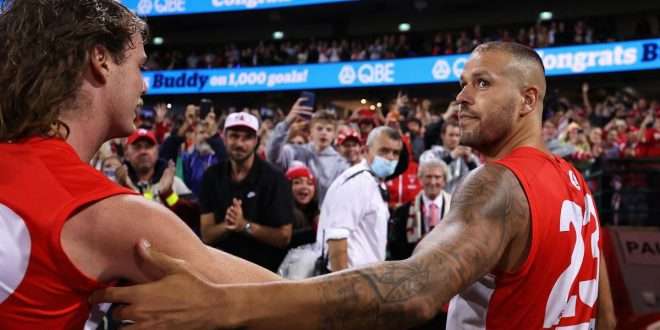 All eyes were on the Sydney Cricket Ground on Friday night as the Swans took on the Geelong Cats. But it wasn’t the clashing of the two teams that saw 36,578 fans flock to the AFL game. At the beginning of the game, Buddy Franklin was 4 goals away from scoring 1,000 AFL career goals. Here was a feat only achieved 5 times before in VFL/AFL history.

In a quiet first round, Buddy only kicked one goal. It seemed unlikely that he would slot four goals against consistent premiership contenders, Geelong Cats. However, a revamped Swans midfield proved too slippery for the away team and were able to get Buddy the ball.

Buddy took a mark six minutes before the end of the game. He lined up, 35 meters from goal, at a comfortable angle he has kicked from many times before.

He was immediately swarmed by fans, some of whom jumped the fence before his boot met ball.

In what resembled a headline Flume concert, the grounds of the SCG quickly became a mosh pit, as fans descended to Buddy.

Buddy never expressed any concern for his welfare and told the Seven network in an on field interview “It was an amazing moment and something I will cherish forever.”

Footage on social media showed a Swans fan lurch over stadium chairs to nab the ball out of the air. The successful catch spoiled as the fan tumbled head first over the row of chairs in front and landed on his side.

After two days of media blitzing, the Swans fan was invited to present the 1,000th ball to Buddy on the grounds of the SCG. The ball is worth an estimated $200,000, with the fan given merchandise and an opportunity to meet with Buddy, who indicated he never intended to sell it.

Buddy kicked his 1,000th goal after 18 years of professional football. At 35 years old and a year on the injury bench in 2020, he has certainly entered the twilight years of his career. However, Buddy has indicated he has no plan to slow down anytime soon and has committed to the Swans for the foreseeable future. 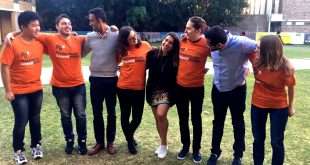 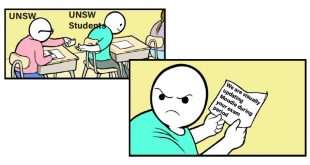