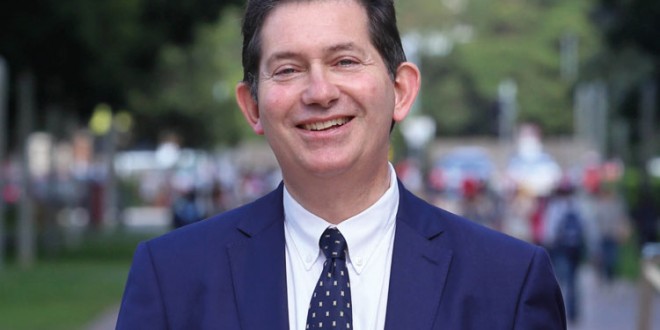 University of New South Wales Vice Chancellor Ian Jacobs is the first dissenting voice within the leading group of Australian universities, calling for the government to rethink the funding of university research and to back away from fee deregulation.

Speaking at the AFR Higher Education Summit, Professor Jacobs has come out against fee deregulation and stated that Vice-Chancellors around Australia were “faced with no other choice” than to support deregulation of fees because of the 20% funding cut threatened in the government’s proposed education reforms.

The Turnbull Government recently backed down on fee deregulation – which would remove the caps on student contributions and allow public universities to set their own fees for domestic undergraduates – due to the reforms being knocked back twice in the Senate. On the first of October the Education Minister Simon Birmingham confirmed that “any future reforms, should they be legislated, would not commence until 2017 at the earliest”.

Professor Jacobs highlighted the benefits of the current university funding system and opposed the idea of fee deregulation as one which has created a debate focused on “trying to solve a problem that does not exist”. He proposed that funding changes, if any, should be made regarding an increased funding of university based research, stating “the real challenge is to disentangle the funding of teaching and learning from the funding of research.”

A Deloitte report commissioned by UNSW and released last week shows a calculated return on investment in research between $5-$10 for each dollar invested. “In pure economic terms, the university sector is more than pulling its weight. The impact of university research alone pays for the government funding of higher education with a handsome return – showing that we are a smart investment that contributes enormously to the economy” Professor Jacobs said.

Professor Jacobs concluded his speech by urging the government to “back out of the cul-de-sac of fee deregulation and away from the perception that government funding of universities is a cost that needs to be cut” and establish funding for university research through innovation partnerships between universities and industry.

Rose Steele, President of the National Union of Students, responded to Professor Jacobs’
speech, telling Tharunka: “These comments are welcome as Vice Chancellors need to be supporting an equitable and accessible higher education system in Australia, not supporting pushing the burden onto students. The fact is that deregulation is a botched policy which had no consultation with sector, staff or students. It is an exclusive policy that removes fair access to tertiary education. Students will continue to oppose and are calling on the new minister to see sense and drop these reforms.”

Tharunka has obtained an exclusive transcript of the speech in its entirety.

The Group of Eight (Go8) is a coalition of leading Australian universities, intensive in research and comprehensive in general and professional education.

Share
Previous What does The Bachelor tell us about modern life?
Next Exclusive Transcript: Ian Jacobs Speaks out against Fee Deregulation