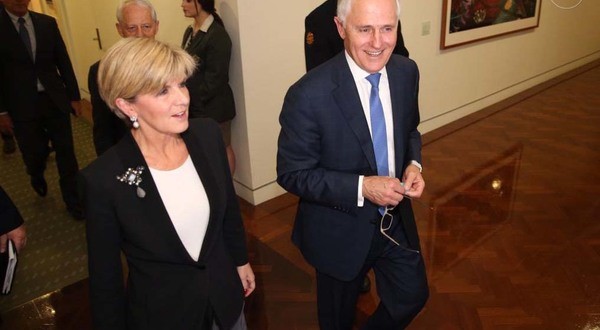 BREAKING: Returnbull happened. We have a new PM.

In 2009, Tony Abbott defeated Malcolm Turnbull for Liberal Party leadership, four years later becoming Prime Minister of Australia. A Fairfax Ispos poll yesterday showed that the Federal government’s support has dropped. The two-party preferred poll has seen the government leadership is down 9.8%, with media outlets speculating that Abbott’s leadership would soon be challenged. Ahead of the by-election on September 19th, we today learned that Foreign Minister Julie Bishop approached the Prime Minister stating that half his cabinet had lost trust in him. In The Minister for Communications, Malcolm Turnbull, also confronted Mr Abbott, resigning from cabinet and announcing that he would be contesting the Liberal leadership.

At 4pm today, Mr Turbnull announced publicly that he will indeed be challenging the leadership, with the ballot to take place as soon as tomorrow. In his speech, he expressed that his main concerns were that the Prime Minister has not been able to provide the economic stability and leadership the nation needs.

Approximately 30 minutes later, Chief Government Whip, Scott Buchholz announced to the media that two ballots had been held; with Mr Turnbull winning leadership of the Australian Liberal Party against Tony Abbott, 54-44, with one informal vote. Mr Turnbull will be the third incumbent Prime Minister of Australia in three years.

Mr Turnbull will need to be sworn in by Governor General Peter Cosgrove before he becomes the 29th Australian Prime Minister. In his speech to the press, Mr Turnbull said that “It is my assumption that the Parliament will serve its full term”.