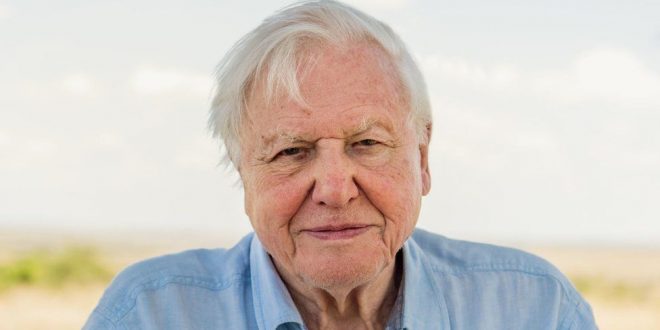 From scaring sloths to admitting his appreciation for big leaves and even narrating the ‘Lesser-spotted Adele’ music video, Sir David Attenborough has adopted a meme-like status among younger social media users.  But it is his long career as a nature documentary filmmaker that has been a source of inspiration for so many throughout the world.

Yet his most recent documentary did not feature many animals at all. Instead, Breaking Boundaries: the science of our planet focused squarely and without fluff on the issues facing our moment, namely environmental degradation and catastrophic climate change.

Breaking Boundaries, out now on Netflix, is based on a book of the same title by Owen Gaffney and Johan Rokström. Gaffney is an acclaimed researcher and sustainability analyst and Johan is currently a Professor of Earth System Science. Both work at the Potsdam Institute for Climate Impact Research and are widely considered experts in their respective fields.

This is the documentary you should suggest to friends and family who are still ‘on the fence’ about the science of climate change or even those who are not outraged about climate inaction and environmental mismanagement.

The documentary, like the book, is clear. We have entered a new geological era – the Anthropocene. It is an age defined by the impact that humanity is having on the Earth. Gaffney and Rockström, with the ever-appreciated narration by Attenborough, explain the science of planetary boundaries and how human activity is pushing Earth systems to the edge and even beyond catastrophic tipping points.

It is the “most scary and enlightening” documentary, according to Christiana Figueres, the former Executive Secretary of the United Nations Framework Convention on Climate Change from 2010-16. She was critical to signing of the Paris Agreement.

Figueres goes on to say, it is “probably the most important documentary that has ever been filmed…it really explains, from a scientific point of view, how much of an emergency we’re in, not just on climate but also on all of the other boundaries; so, if you needed scientific proof for your sense of urgency, there you are.”

Australia has the unenviable position of featuring twice in the documentary, in significant ways.  Audiences see Professor Terry Hughes of the Australian Research Council Centre of Excellence for Coral Reef Studies hold back tears when he discusses his recent work surveying the bleaching of the Great Barrier Reef. He says “it’s a job I hoped I’d never have to do because it is actually very confronting.”

And of course, the 2019/20 ‘summer from hell’ where we meet Dr Daniella Teixeira, a researcher of black cockatoos on Kangaroo Island. She points out the ashen remains of a birds nest box, admitting “this is about as hard as it gets.”

Throughout Breaking Boundaries, one point was made excruciatingly apparent and it bears repeating here. We are hurtling forward at vastly unsustainable rates – by heating up the globe through pollution, by making our oceans acidic and deadly to so many exquisite life forms – we are rupturing the delicate balance of Earth. And it is clear, keep-cups and metal straws won’t cut it.