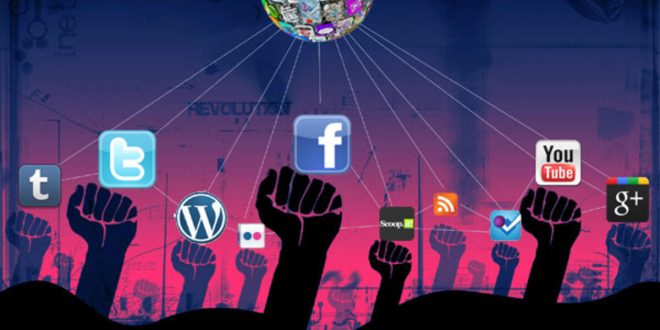 I never thought I would see my old school teacher and Kendall Jenner posting the same thing on Instagram, until both of them – and 49.4 million other people – posted about Black Lives Matter, demanding justice after George Floyd’s murder. A barrage of black tiles and hashtags proliferated across the internet – an unparalleled demonstration of solidarity and unity on social media towards a cause. The overwhelming support of BLM was distinctly more forceful than public response to previous cases of police brutality towards black people.

The ascent in engagement with the movement is attributable to a unique concoction of factors. Whether it was the harrowing video capturing his death, the stifling lockdown restrictions that preceded it, or collective frustration at the lack of a comprehensive pandemic response by the American government.

While widespread support like this is ostensibly a good thing, after the third day of seeing the same 50 people repeatedly share posts, I began to wonder what this fervour on social media was actually achieving. To be fair, our unabashed optimism in social media campaigns has waned since the early 2010s, and this wave of online activism has been accompanied by the efforts of education and concrete action over simply sharing posts. No one wants to be, or at least be seen, as a slacktivist. A quick scroll through the hashtag reveals infographics, donation links, and acknowledgements that this is a ‘movement not a moment’. However, it is inevitable, and understandable, that the conversation will eventually subside. We will run out of things to say, and there will be new things to be angry about.

I brought this up casually in a conversation with a friend, who vehemently denied any shred of validity in posting. ‘Why do I need to hear Zoella telling me to care about black people’, she asked, ‘when I could listen to what a black historian has to say, or read the news’. She went on to argue that these people don’t really care, if their actions outside of social media are inconsistent with the message they’re promoting. ‘If you’ve ever voted for the Liberal party, for instance, I don’t want to hear what you think because you support an institution that has systemically oppressed Indigenous people, and disadvantaged groups in general’. Granted, many of these passionate posters were not particularly informed about the historic injustices faced by black people, and it was probably never in their top-of-mind awareness until now. It remains unclear whether this will sustain ongoing commitment to the cause, or change the way they vote. That is not to suggest that if you didn’t vote for the Greens you’re giving structural racism a green light – human rights can exist within a liberal economic system. But to suddenly champion black and Indigenous rights seems dramatically out of character.

Above all, it’s unclear what these black and white images and typographical quotes are adding to the conversation. The internet has a plethora of resources for those who wish to educate themselves. Even to the extent that these posts share genuinely informative resources, what good are they if not matched by a tangible action? ‘The only thing I want to see someone post is a screenshot of their donation receipt’, she concluded.

But surely there has to be something good about millions of people with good intentions talking about an important issue at once. While it’s unsurprising that the online conversation would remain just that, a conversation, social media surprisingly dominates our information consumption patterns. A Georgetown University study found that 65% of people first hear about causes from people they follow on social media, and more than half of survey respondents who engaged with causes via social media took further action, such as donating or volunteering. Social media also provides a sense of intimacy – when you log on you’re not engaging with the world at large, as you would when reading the news or watching TV, but connecting with a network of familiar people, making it harder to dissociate yourself from the information you receive on the platform, even subconsciously. Mere exposure also plays a role in the stickiness of an issue. Reading a couple of news articles conveys all the right facts, but 5 Instagram posts, 20 tweets and a message on the group chat all in one morning gives the issue a greater urgency. The reality is, despite its brevity and clickbait, social media is easy and ubiquitous. And the best way to change someone’s attitude is to speak to them in a language they understand and want to hear.

But why do we want to speak to these people? Lawmakers don’t turn to Facebook to consult their next piece of legislation, activists aren’t funded by retweets, and a witty meme about equality certainly won’t deter someone from voting in favour of a tax break as they save for an investment property. Essentially, social media ‘discourse’ has limited bearing on the functioning of the institutions which govern and have the power to change our society.

But this raises the larger question of what change actually means. What good is the Department of Justice’s ability to pursue decrees with police departments if the officers have been fed racist narratives all their lives? How can we say we have progressed if two women are appointed to the Supreme Court by one president, and an alleged rapist by the next? Institutional change will be limited in its effect if its spirit is shared by only half the population. Seeing the rest of the world attack the status quo will undoubtedly sit in the minds of the American teenagers who will become the next generation of police officers, or perhaps make managers slightly more mindful of race when they’re next hiring.

However flawed, social media can achieve this on a scale that a well-researched Op-ed by an academic could not. Because ultimately, social media is a pixelated incarnation of the public psyche. And in order for it to remain relevant, people should be posting about what’s on their mind and what’s important. Otherwise, we would have lost a tool to channel public rage into anything constructive, and that momentum will cease to exist.

Maybe this will lead to more donations today, maybe this will change the way people vote in November – maybe it won’t. But at the very least, it gives us greater hope for our institutions in the future. The process of changing the public consciousness is gradual. It takes decades marred with violence and injustice for bigoted attitudes that were previously accepted to become inconceivable. But it is important, because changing the attitude of the police officer is always going to be more effective than defunding the police. One is obviously more straightforward than the other, but we should always strive for both, no matter how annoying Kendall’s caption is.