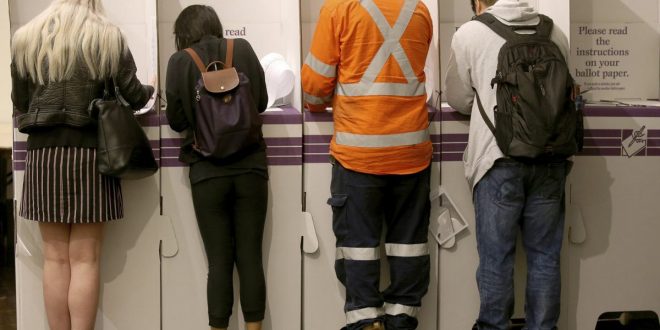 Bigger Democracy is Better – The Case for Kids

Modern democracy is built on universal suffrage. The word democracy translates as “the strength of the people” (Greek: demos – “people,” kratos – “strength”). But what it means for suffrage to be universal has changed significantly over time.

Universal suffrage, as it was then known, swept across the western world in the 18th and 19th centuries. Today we know this movement as universal male suffrage, after the women’s suffrage movement expanded our view of what universal suffrage means. With the benefit of a century’s hindsight, it’s safe to say that both of these movements have been positive influences on democracy as a system. And today, I believe we are in the early stages of a third great suffrage movement. This movement is for the only citizens who do not yet have the right to vote: children.

I should clarify here that I am referring to children aged 16 and 17 years old. These are children who are defined as such in the eyes of the law. But they would roll their eyes if you used that term to describe them, and rightly so. Instead, I should be calling them young adults. Or, for the sake of those who may find this term disagreeable, I will settle for mature adolescents. These are people who are largely independent in all ways but financial, and many are taking the first steps on this path also. Most importantly, mature adolescents are independent in thought. Just ask any parent of a teenager and they will certainly agree with this!

Young people are more engaged in politics today than ever before. This is true both in social media giving them a brand new platform with which to engage, and in more traditional methods as we have seen with the global climate strikes. Despite this, our ageing population means that young people have less influence on our politicians than ever. The median voting age in Australia is now 48 and rising. Young people are demonstrating on the streets but not being heard at the ballot box. We ought to ask ourselves whether this is something that should change.

This is a debate which is already progressing in the UK. In 2017, Jeremy Corbyn announced the Labour party would adopt a policy to lower the voting age to 16, which sparked a frenzy of debate. Prof. David Runciman, the former head of Department of Politics and International Studies at the Cambridge University, went so far as to seriously call for voting rights for children as young as six. The essence of his main point was brilliantly elegant: “Why not?”

If universal suffrage is to be truly universal, we need to continually challenge the status quo. Opponents of change should be forced to lay their arguments on the table so that they can be examined. In previous suffrage movements, these arguments have boiled down to racism and misogyny, and rightfully done away with. I am confident that the same will be true for mature adolescents within my lifetime.

I say this because the main argument against voting rights for mature adolescents is the same one which was used to deny suffrage to women and minority racial groups. The argument is that these people are intellectually inferior. That they are incapable of assessing the policy platforms of candidates and hence the implications of their vote. These words are often unspoken, for the obvious reason of how appalling they are. But we can move past this. We already regard these arguments with horror when spoken about women or racial minorities. And I am confident that in 100 years time, the same will be true for mature adolescents.

This leaves us with the unfortunate problem that, unlike gender or race, this argument actually holds some water when it comes to age. Personality is indeed a far more important factor than age when it comes to voter maturity. There are thousands of children in our primary schools who would leap at the opportunity to cast a carefully considered ballot. And there are thousands more adults who cast theirs on a whim. But legislation cannot be determined on personality. Even if it were possible, it would not be a good idea. And clearly babies voting straight out of the womb is absurd, and so a line must be drawn somewhere. So how do we decide where is the best place to draw it?

To answer this question, we need to ask ourselves, what qualities do we want in a voter? Ideally, each vote should reflect a complete consideration of the policies and personalities of all candidates. But this ideal is never achieved in reality. Most voters are only aware of the policies of two or maybe three parties. Many cast their vote based on a small subset of those policies, often just one. I would argue that most children are very capable of this, though some may need guidance. And this raises what is potentially the most important issue for our discussion. A vote should be a reflection of the analysis and will of the voter. It should not be an extra proxy vote for someone else, such as a parent.

This brings us back to my earlier description of mature adolescents. Teenagers have a reputation for being rowdy and rebellious. They disagree with their parents at every opportunity. We can argue at what age this generally begins, but it’s safe to say that by 16 it is well and truly underway. Whether a 16 year old will cast a considered ballot has less to do with their age than it does with their interest in politics as an individual. But we can safely say that in most cases, this vote would be a manifestation of their own autonomy. Mature adolescents are past the stage of deferring to their parents for questions of value and politics.

Mature adolescents are making their voices heard on the internet and on the streets around the globe. We ought to be challenging the status quo and asking ourselves whether it is time to listen to them at the ballot box. And when the arguments against doing so are laid out in all their unsavoury detail, the answer is an unequivocal yes.

Share
Previous The Carving of an Ox: A Retelling
Next Chants from the Chancellery #3: Microlearning