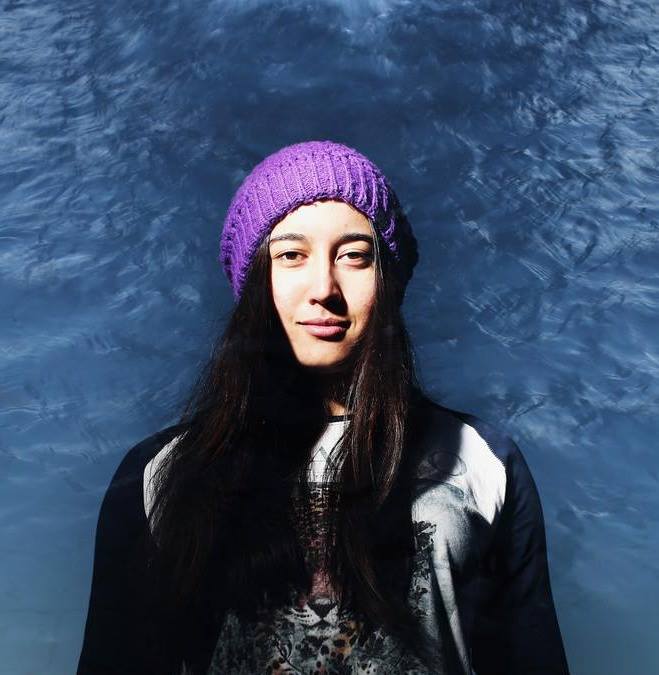 Belle of the Board

Ammy Singh talks snowboarding, coming out of the closet on national television, and “ripping on Putin’s ass” with Belle Brockhoff, Australia’s only openly gay Winter Olympian in Sochi.

Mention you’ve never seen snow to Olympian Belle Brockhoff as she wakes up in faraway Europe, and she’ll take her laptop over to her window to show you the snow-dusted surrounds of a quaint Austrian town herself.

Perhaps the most instantly recognisable member of Australia’s 56-person Winter Olympics team in Sochi, alongside 2010 gold medallist and human ray of sunshine Torah Bright, snowboarder Brockhoff is also one of the most instantly likeable. She volunteers information attentively and honestly.

“My mum came to every single race of mine until the age of 18. And she had a hard time letting go,” Brockhoff laughs. “I came out to my mum when I was 18, and to one of my best friends when I was 12. My dad literally found out through the interview I did on national TV coming out to world,” she says, referring to a 2013 interview with the ABC which went viral and saw the 21-year-old rocketed into the international spotlight.

One of the youngest – “and least experienced,” she adds – snowboarders competing in the Olympics, Brockhoff’s path to qualification came via an unexpected bronze medal at the Snowboard Cross World Cup in Montafon, Austria in 2012, an experience she counts as the best of her career to date.

“I’ve been training for over a decade, and emotionally, it’s been quite rough. There have been so many times where I wanted to quit but kept going, and so many athletes go through that. It is a challenge. It’s basically your whole life dedicated to that one sport”. She trails off, seemingly lost in her own thoughts for a moment, before jolting back to reality with a laugh. “Now I’m just thinking about the day I retire. It’s going to be so weird.” Luckily, Brockhoff has hopes to compete in another four Winter Olympics before that day comes, and will be joined by her mother and sister in Sochi for support. Her father will be staying behind in Australia to protest the Winter Olympics – but not for the expected reasons. There’s trouble in snow sports administration paradise, and he’s protesting internal politicking, but Brockhoff can’t say much more besides a brief expression of frustration at bungling sports administrators.

In that case, speaking of—“Politics?” she pre-empts, with a laugh.

Yes, speaking of politics. Is she afraid of any backlash from the Putin administration for her public opposition to Russia’s anti-gay propaganda laws?

“No,” Brockhoff says. She is an ambassador for Athlete Ally, a non-profit organisation that raises awareness about homophobia in sports, and a member of the Principle 6 Campaign inspired by Principle Six of the Olympic Charter, which states that “any form of discrimination with regard to a country or person on grounds of race, religion, politics, gender or otherwise is incompatible with belonging to the Olympic Movement”.

Brockhoff elaborates. “Principle 6 isn’t gay propaganda against the Russian government. It’s directed towards the IOC [International Olympic Committee]. I read something really interesting which argued that when an Olympic Games is held in a country – Russia, for example – that soil is no longer Russian soil; it’s Olympic soil. So it belongs to the whole world, not Russia.”

Widely known as the Olympian who jokingly promised to “rip on Putin’s ass” in response to Russia’s anti-gay propaganda laws, Brockhoff has also been Australia’s most vocal athlete criticising the policy – to a point.

“My stance has been changing, just a little bit. At first, I was quite sensitive about the issue and started making assumptions that Putin’s the worst person in the world. But now it’s like he might not be a bad bloke,” she jokes. “I can’t tell him to change these laws, but I’m hoping to use the Olympic platform to voice my opinion. And when I say hoping, I mean that if I don’t get a gold medal, no one’s going to care about my opinion … The chances of more people listening is if I win a gold.”

Despite her protestations, it’s difficult not to feel that she isn’t giving herself enough credit. Already, Brockhoff has become synonymous with the Principle 6 movement in Sochi, and she readily admits to regularly being posed questions on Russia’s draconian laws by media outlets around the globe. Brockhoff eventually cedes that she’s “become somewhat of an icon in the LGBT community”.

“I won’t be getting into any sort of protest during the Games. At most, I might wear the Principle 6 gear if I don’t have any obligations with the Australian team uniform, or I’ll hold up six fingers after a race,” she says.

“I know Russia’s already come a long way already, but what I want to point out to everyone is what’s being done with the LGBT community being abused and tortured to death. There are a lot of things that are being swept under the carpet. Police are trying to cover up protesters; they’re ripping flags off them and chucking them in prison for a day. All these young gay people are committing suicide because they have no one to turn to. And that’s what this law does: it’s preventing young Russians from reaching out for support during their self-discovery while growing up.”

Brockhoff displays a matureness about the issue that she acknowledges is borne of a personal investment in it. “I’m protective of the LGBT community, and I know what it’s like to be discriminated against. I do have a big past of bullying, physically and emotionally, but that wasn’t because of my sexuality.”

She’s come to expect the usual questions in interviews, she volunteers suddenly – questions about her sexuality, whether she has a partner, and the Principle 6 campaign. Her responses have become rote and rehearsed.

Not this time, however, Brockhoff admits. “You caught me off guard. They’re all pretty bloody unique questions,” she laughs.

“I’m a really chilled out person. I don’t even know what day I’m competing for the Games. I’m just gonna rock up when it’s competition day, and say ‘okay, let’s go’,” Brockhoff says with a laugh. “And then I’ll see how it goes.”

For the record, Brockhoff competed in the boardercross event on February 16, was knocked off the track by a Canadian snowboarder, and gave a magnanimous interview to the waiting cameras immediately after.