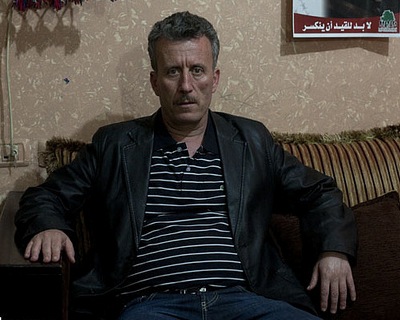 What Bassem Tamimi Teaches Us About Caring About Palestine

The struggle of Palestinians against the repression of the Israeli state, for justice and the right to exist, is an essential political struggle that has been ongoing for more than half a century. Since the establishment of Israel in 1947, 85 thousand Palestinians have been killed, over 5 million Palestinian refugees are still yet to be settled, and Israel has illegally expanded its borders to cover the vast majority of the region. Despite the juggernauts of world military might being against it – the US, Australia, Britain and, of course, Israel – Palestine has been a hotbed of resistance.

A prime example of this is the weekly protests in Nabi Saleh, a small village near Ramallah. Every Friday since December 2009, the villagers protest the increasing seizure of land, seizure of the villages’ freshwater spring by the nearby illegal settlement of Halamish and the occupation as a whole. The response by the Israeli Defence Force (IDF) and settlers has been brutal.

On the day of the first protest, settlers set alight 150 of the village’s olive trees (as well as being a useful crop, olive trees signify the relationship between Palestinians and the land). Other responses to these protests by the IDF have included liberal use of tear gas, child snatching, rubber bullets and live ammunition. By 2011, 64 of the 550 residents had been arrested at various points (almost half of those children); 432 residents have been injured; two have been killed.

Despite this heavy handed repression, the protests have continued, and Nabi Saleh has seen some of the most defiant and boisterous demonstrations amongst such villages, becoming a symbol of the struggle.

Bassem Tamimi is one of the community leaders of these protests against Halamish. He has been arrested over a dozen times, and spent four and a half years in gaol. In 1993, he suffered a subdural haematoma and partial paralysis as a result of a torture interrogation at the hands of the Israel Security Agency. During this interrogation, he was described by Amnesty International as a “prisoner of conscience”. The Israeli Civil Administration has ordered the demolition of Tamimi’s home.

On 28 August 2015, Bassem Tamimi’s family recorded a video that shows the spirit and tenacity of this resistance. The video shows a soldier attempting to arrest his son, 11-year-old Mohammed Tamimi. In response, his 14-year-old daughter, Ahed, wife, Nariman, and sister-in-law, Nawal, grappled with the soldier, eventually overpowering him and freeing Mohammed.

This video was widely circulated, reaching 1 million views in three days before YouTube removed it. The clip viscerally demonstrated the struggle of Palestinians and their determination to survive this repression. In response, Israeli politicians called for a review of live-fire regulations, outraged that the soldiers couldn’t fire on the Tamimi family.

The IDF has carried out several raids on Nabi Saleh, including night raids, in order to intimidate and arrest people without provocation.

Despite this persecution, Tamimi has been an outspoken advocate for Palestinian rights.

“If the American consul came to us and said, ‘I am Superwoman; I can immediately remove Halamish,’ I would say, ‘Fine, but we want to end the whole occupation,’” he said in an interview with The Electronic Intifada in 2011.

During his trial in 2011 for the “crime” of organising illegal demonstrations, (in this case, illegality applies to any demonstration over 10 people) he repeatedly questioned the legitimacy of the military court system and Israeli law generally. These courts oppress the Palestinians in the West Bank, and have a conviction rate of over 99%.  Tamimi defends the throwing of stones at occupiers and settlers, as a symbol of the rejection of the occupation. He also seeks to not only protest the seizure of the land around Nabi Saleh, but to spread the unarmed revolt all across the occupied territories, arguing that they provide the basis for a third Intifada.
Palestine’s struggle remains a hotly debated and controversial topic, but far too often, the debate is weighed in favour of the interests of Israel and its Western allies.

To show and share more of the other side of the story, Bassem Tamimi is coming to Australia in April. He will be speaking on the opening night of, and throughout, the Marxism Conference, the biggest left wing conference in Australia. The conference regularly attracts over a thousand attendees from all across the country, discussing contemporary issues, history, political theory, and most importantly, resistance to oppression and violence.

The conference’s Middle East stream is a must for left-wing supporters looking to understand this important region and its struggle. Over 100 other sessions at the conference will cover issues such as the rise of Trump in the US and the far-right globally, women’s rights, racism and Marxist theory and history.

To learn more about the Marxism conference and grab your ticket, head to http://marxismconference.org.

Bassem Tamimi will also have a forum at the University of Sydney on 11 April 2017. The event can be found on the Palestine Action Group Sydney Facebook page.

Share
Previous Fish Sauce
Next Not the Church, Not the State, We Will Decide Our Fate: Reflecting on Sunday’s “Day of the Unborn Child” Counter Protest