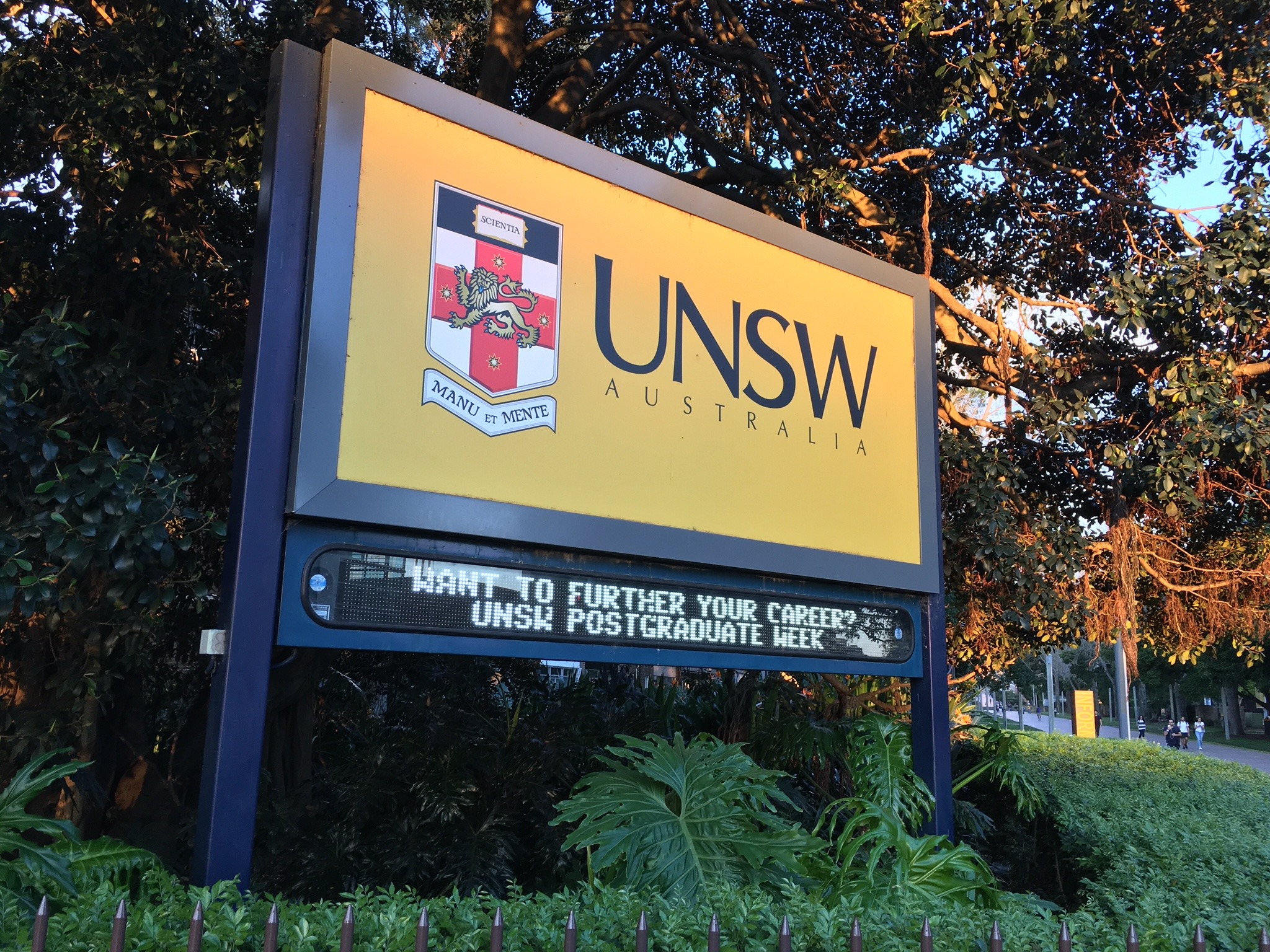 AUSTRALIA, Sydney: The Kensington campus at University of New South Wales appeared desolate on October 12, 2015 after a threats were made to staff and students via an online message board. Anti-terror police patrolled the UNSW campus after an anonymous post on 4Chan warned students not to go into UNSW the next day. (AAP Image/NEWZULU/ADAM MARSTERS). NO ARCHIVING, CROWD SOURCED CONTENT, EDITORIAL USE ONLY

In April of this year, a video was leaked from a Baxter College party bus showing a group of boys singing a chant, that can be best described as glorifying rape. It was shocking footage and appropriately, there was immediate condemnation from media outlets, students and the university itself.

In a Sydney Morning Herald article published in May, Vice Chancellor Ian Jacobs stated, “no level of sexual harassment or assault at our universities is acceptable”. Jacobs pointed to UNSW’s participation in the Australia-wide Respect.Now.Always. campaign and accompanying survey as evidence of this.

This claim of zero tolerance, however, rings false when the university has been consistently sluggish in implementing the necessary policy and cultural changes.

It was only in August that the university finally took disciplinary action against the boys from the video who came forward. They were temporarily suspended by the college and given a formal warning. This punishment—applied to only two boys out of many—is a mere slap on the wrist.

Moreover, the university is still lacking a discrete sexual assault policy or reporting system. Even if students or staff wanted to take action on an incident of sexual assault or harassment, there is no proper mechanism they could use. They can approach the Student Integrity Unit to make a complaint, or Counselling and Psychological Services (CAPS) for support. However, both services are overburdened, underfunded and do not specialise in incidents of sexual assault.

When questioned as to when we should expect a concrete policy and reporting system to be implemented, a university spokesperson said that they were awaiting the results of reviews and audits before they made any promises, but that they “intend to have improved systems and training procedure in place for next year’s enrolments”.

Sarah* is a resident of UNSW Hall. Hall is a newer college that has less of the traditions and party culture that The Kensington Colleges (TKC) boast. Nevertheless, it still has what Sarah calls a “culture of banter”.

“It’s the little things. People are always making jokes, for example ‘no means yes, yes means harder’. [Sexism] comes under that disguise; validates that point of view,” she says.

These sentiments are echoed by Chris*, a former resident of a TKC college. In his college, people wrote the names of hook-ups on bathroom walls and published them in an internal publication. It was only recently that sports chants were based around the idea that, since the boys have conquered the opposition on the field, they can now conquer the opposition’s girls off the field. Moreover, a person’s social worth was dependent upon how rowdy or how masculine they could be.

All these things are symptomatic of patriarchy: only men can live up to that certain level of bravado, and it is only men who are socially rewarded by how many hook-ups they have or who feel empowered by otherwise demeaning sports chants.

Apparently, if you are not outspoken in the right ways, nor heterosexually proud, then you are deemed a “ghost”. This is, quite literally, an erasure of identity: you do not exist at college if you do not conform to certain expected behaviours—if you are not what Chris calls “one of the boys, or one of the ‘party girls’”. Importantly, this banter culture is essentially another, less pointed name for rape culture.

When men are in positions of social power, then that means drunken, blurry sexual encounters are more likely to occur without regard to a woman’s consent. Having sex is seen as an act of conquering, where the reputation gained by having your name written on a bathroom wall outweighs any concern as to whether your partner is sober enough to be able to consent, or whether they are enjoying the sexual interaction in the first place.

Sexual assault and harassment in environments like colleges are not “bad apple” incidents or outliers, but rather, are expected consequences of a toxic social concoction with problematic power dynamics. They are awful consequences that lie beneath the surface of everyday interaction.

Sarah says there are many instances where girls have been involved in sexual encounters that they are now not sure about.

“They say, ‘I was drunk but they were more drunk’, or ‘I wasn’t completely sure, just more angry at myself for letting it happen,”’ says Sarah.

In the Talk About It survey completed by the National Union of Students last year, 27 per cent of respondents indicated that they had experienced sexual assault or attempted sexual assault. 23.5 per cent of these occurred in university accommodation.

How can these behaviours be explained?

Sarah thinks that frequent, casually sexist jokes stem from guys trying to fit into a social hierarchy, a hierarchy becomes worse the longer it exists.

Chris, too, identifies these behaviours as deriving from a sense of group identity and tradition.

“People go to college because they seek to absolve themselves with a sense of family they wouldn’t otherwise have. Such an environment is not conducive to being autonomous, feeling you can make a decision contrary to the established narrative – that narrative being archaic, gendered and essentialised, ” he says.

“They feel a responsibility to uphold traditions and culture that was sacredly handed down to them.”

The university has made some progress on policy—an outcome that seems predominantly due to the desire to not be as bad as the University of Sydney. A Working Party—including student, college and university representatives, as well as experts in gendered violence—was formed this year in order to develop practical responses for the university to implement.

A university spokesperson has outlined the following policies as being current priorities:

Sarah was particularly impressed by the recent consent training, which was very different to the one at the beginning of the year. It was no longer gender segregated, which meant there could be honest conversations between guys and girls. Moreover, there was a greater focus upon negotiating consent and how to respond if someone reveals that they have been sexually assaulted.

A more difficult task, however, is the ability of the university to achieve cultural change within the colleges.

Sarah said she saw a large amount of backlash within many colleges where people thought the university crackdown and media criticism was unjustified and unfair. This has been propelled by not just men, but also women.

Chris said that there is now a large disconnect between the university administration and the student executive, where some students from student leadership and activities bodies have resigned and publicly denounced the actions of the Dean.

“It hasn’t been well-received by the students because they don’t see that there’s anything wrong with it. They have an inability to acknowledge fault due to dissolving themselves into [TKC] identity. It’s a self-justifying cycle.”

UNSW has undoubtedly been slow in implementing any response to sexual assault policy on campus. However, it seems that the more pernicious factor slowing down change is the “banter culture” in colleges themselves, whereby so many college students, both women and men alike, are reluctant to enforce any change or even recognise there’s a problem to begin with.

Change is urgent and difficult, but it is possible if both the university and college students work together and engage in deeper and perhaps challenging discussions.