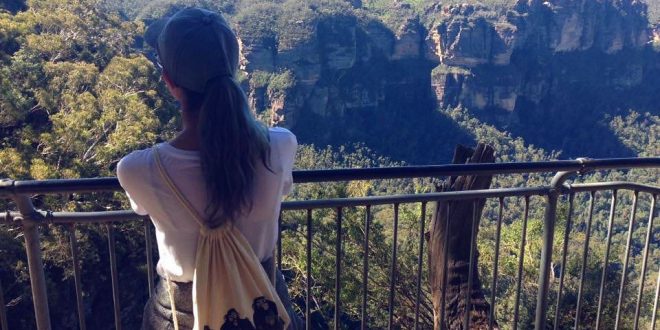 I come home from a friend’s birthday dinner and collapse on the couch. Socialising can be exhausting as it is, but the nights when every interaction with a stranger starts with a “So, where are you from?” hit harder. This question might not sound like much of a big deal and it’s not like I’m ashamed or too lazy to share the story behind it. But after almost ten years of living in Australia, you learn how this conversation usually goes down. And unsurprisingly, all the good friends I’ve met here didn’t ask me this question the first time we spoke.

I am Australian in every political and legal sense of the word despite not being born here, sharing a native accent or liking Vegemite. I travel with an Australian passport, tick it off as my nationality, and head down to the voting polls every single election. Yet, when people ask me where I’m from I hesitate to give an answer right away. I have become defensive, hostile and grow instantly suspicious of the intentions of whoever asks that question. And I don’t like it.

It wasn’t always like this, though. The first few years of living here my life revolved around this question. In fact, I would be the one bringing it up despite no one asking or caring. I would find the courage to participate in class discussions after ten minutes of mentally practising what I wanted to say, and immediately begin with a “Well, I am from Mexico so…” In my mind, it was vital that people were aware of this crucial part of my life. It was vital that they understood it, so they could forgive my sloppy English, my strange opinions, and my general presence in the room.

In a way, I secretly hoped this would make me more interesting in their eyes. That after finding out I came from a distant land they would talk to me and we could start a beautiful multicultural friendship, like those pictured in school brochures. Needless to say, this never really happened. I was able to make a handful of friends and acquaintances with a lot of effort and help from year coordinators but for one reason or another, I could never really connect with most of them. I tried joining different groups, different extra-curricular activities, placing emphasis on different aspects of my personality. But the fast-paced Australian accents, the inside jokes that flew over my head, and frankly the cultural differences I hadn’t adjusted to yet as a 17-year-old made it nearly impossible to find my social footing.

Many social failures later, I began realising that the attention that came with being from a different country, wasn’t exactly the ‘multicultural-friendship maker’ I was hoping for. Signalling the elephant in the room, made the elephant bigger, not smaller. I started becoming frustrated and resentful of the comments that were said both to my face and behind my back. So, I decided to store my cultural roots away to protect them and instead attempt to embrace ‘Australian-ness’. After all, people can’t make racially specific comments about your country if they don’t know what country you’re from.

Having an Australian Citizenship might transform you into an ‘Australian’ in the eyes of the law but let me tell you, in the battleground of daily life, it doesn’t account for much. It’s like the real citizenship test is not the one you sit in a migration office but instead, the one you encounter every time someone asks you “How long have you been here?” And the winning factor is to give just the right amount of information, so you appear as one of the ’good migrants’ and not an agent of cultural destruction. Because that’s exactly what all those conversations feel like, a test.

Although to the naked eye they might pass as small talk, there is something behind every question that makes it feel more like a government interrogation than a genuine attempt at friendliness. Now, don’t get me wrong, there are plenty of times that these interactions have been sincere and led to great conversations, but after dancing the waltz so many times it is easy to tell who has well-meaning intentions and who doesn’t. And anyone that asks, “Why are you here?” before even learning to pronounce your name properly has at best voyeuristic tendencies and at worst a concerning grasp of the concept of migration.

Every act of participation (or lack thereof) in those conversations and society in general, often holds a much bigger weight and symbolic meaning for us migrants. Not just for the amount of emotional work it puts us through, but because of the extra scrutiny layer we are under. We are not given the luxury of ‘bad days’. Often being non-confrontational has become part of being a ‘nice migrant’ and playing our part in the cohesive multiculturalism scheme we hear so much of. It’s how many of us have overcompensated to show those born here that we too deserve a space in this country, and that we are not the scary creatures we are made out to be by those who oppose us.

All migrants I have ever spoken with know this feeling very well. No matter where we’re from, we all have strategies to deal with these conversations. We share tactics and comeback ideas and laugh together about all the times people have been puzzled at finding out our background and the hilarious comments that always follow. “Ah, is that in like [insert complete wrong region of the world here]?” These tales work as an instant bonding experience capable of overcoming any animosity that ever existed between cultures, classes and sexes. The United Nations literally could never.

Yet no matter how much you genuinely or forcibly try to be nice and assimilate (whatever that might mean) sooner or later you will discover that it’s never enough. This unfortunate epiphany came to me last year as I was technically another Australian student on exchange. Although teachers and other students didn’t feel the need to dissect my accent and migration history, the story was different when talking to other Australians. It was all a bittersweet reminder that overcompensation is exactly that, trying to catch up to something you’ll never quite reach.

If home is where the heart is, mine was divided in different places and sometimes nowhere at all. For many of us, these experiences have shaped us more than we care to admit, but here is me finally admitting it. Sharing made me vulnerable, assimilating made resentful, and not sharing anything at all made me feel lost. How long do you have to live in a place before you can call it home? That’s the question I struggle the most with these days. And for the other ones, I’m not sure if they matter. I am more than a birthplace, a citizenship document or a reason for migrating. There are way more interesting questions to be asked, so let’s talk about that.

Previous Open Letter: I Don’t Participate, I Barely Exist
Next Sticks and Stones and Words