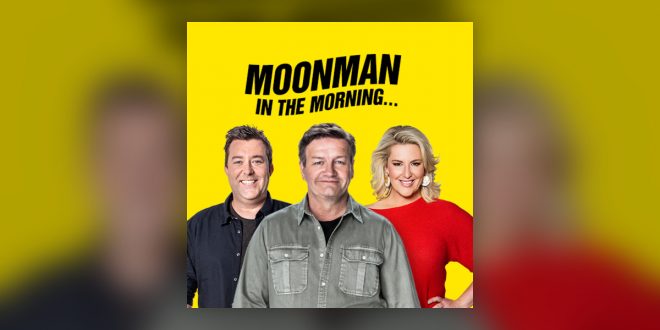 Silence from mainstream media as radio hosts call for bombs to be dropped on China on breakfast radio show.

One week ago, Lawrence Mooney refused to apologise on his morning radio show for saying the West should drop a weapon on China.

Moonman in the Morning is a Triple M radio show that airs on 104.9 from 6-9am, hosted by Lawrence Mooney, Chris Page and Jess Eva. According to a Radio Today poll, it was the second most popular breakfast show in 2020.

On June 28th, Mooney publicly accused China of going “unpunished” for the “virus that escaped a Chinese laboratory in December 2019” and “killed 600,000 people in the US.”

His false accusation was based in the unfounded Wuhan lab-leak theory, which according to Politico, was started by former US President Donald Trump in April 2020.

To the sounds of laughter, Mooney added that “no one has dropped a weapon on the Chinese” as a means of punishment.

Until now, Australian mainstream media outlets have not condemned Mooney or Page for their remarks.

His comments played into Sinophobic attitudes that have resulted in a sharp increase in racist rhetoric in Australia since the beginning of COVID-19. Given that more than 8 out of 10 Asian Australians reported discrimination during the pandemic, Mooney’s comments could lead to an increase in racist behaviour, harassment and violence.

His comments have also deflected attention away from how the Chinese government has successfully contained the virus, whilst also having administered 1.3 billion vaccine doses and fully vaccinated approximately 46.4% of China’s population. During the last week, an average of 21 million doses have been administered per day.

Co-host Chris Page was quick to join Mooney in his accusations, saying “Germany had a few cracks at going to war with the world a while ago and we sorted them out.”

Mooney quickly followed up with “And now they are the world’s richest economy, so it’s good if you get a clip from the West occasionally and get back into line.”

The day after the broadcast, both radio hosts began their daily program by admitting that they had received a number of complaints for the anti-China remarks.

He started by apologising for saying the West should drop a ‘nuclear’ weapon on China, but immediately followed it up with “I can’t do this apology. COVID-19 has devastated the world and I’m a humanist, I don’t want Chinese blood on my hands…but we’ve got to take some form of action.”

Throughout the ‘apology’, co-hosts Chris Page and Jess Eva can be heard laughing and cracking jokes.

In June 2021, Defence Minister Peter Dutton stated that he anticipates more US marines being stationed in northern Australia and US naval vessels operating out of a Perth naval base. He has also said recently that Australia is preparing itself for any conflict and to meet “potential threats.”

Earlier in April this year, former Liberal Party member Christopher Pyne said a “real war” was not rhetoric, but instead would be something that Australians would need to “confront in the next five to ten years.”

In contrast, retired Australian Army Major Cameron Leckie told the Independent Australia that “Few Australians have any real conception of the consequences of a war with China. It would include mass casualties amongst the military on a scale not seen since World War One. The seemingly ever-increasing talk of war with China in Australian political circles should chill the blood of all Australians.”

While Mooney has been criticised in the past for offensive remarks, these latest comments are much more serious because they promote mass violence.

A representative for the UNSW International Students Collective said, “I definitely think the broadcast host needs to be punished and removed from his position, since his statements and attitude hurt Chinese sentiment.”

Tharunka calls for Lawrence Mooney to be fired and Moonman in the Morning to be taken off-air by Triple M in response to his comments.

The original audio can be accessed here.

Share
Previous Should young people consider taking the AstraZeneca vaccine?
Next Who is Amelia? The mysterious case of the UNSW Discussion Group ‘catfish’