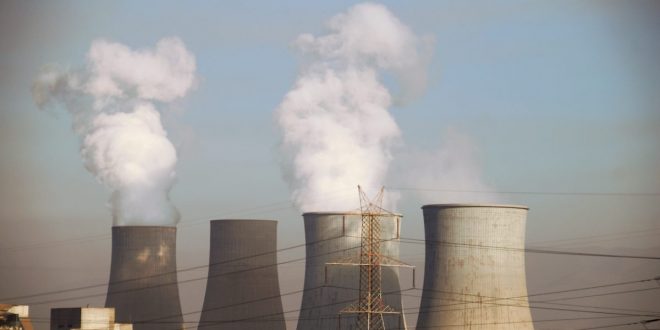 Our climate and energy policies may be written by a rising tide of global climate commitments.

Two events have captured international imaginations and headlines: China’s announcement at the United Nations General Assembly that the country will be carbon neutral by 2060. And President Joe Biden’s announcement that commits the United States to net-zero emissions by 2050. As the two biggest global economies, these declarations are significant. Australians ought to be paying attention.

The US may be a significant and strategic ally, but Biden’s commitment is more the cherry on top of this wake-up call for Australia. Though it is bound to impact Australian markets, this policy shift signals more of a cultural and normative pressure.

However, China has leveraged its economic influence on the Australian export market. Their latest move has been to ban all Australian coal imports, marking a significant opportunity for Australia to reconsider its dependence on coal.

Other nation-states are also putting ink to paper and pledging to net zero and carbon neutrality by 2050; and that list boasts some significant players, from Japan and Korea to the European Union. President of the European Commission Ursula von der Leyen in her 2020 State of the Union Addressi, called for a carbon border adjustment mechanism, saying:

Pricing carbon will disincentivise heavy emitting industries, instead favouring sectors and production processes that pollute less. This shift is also being reflected in global markets too. More and more companies are making pledges to decarbonise their operations. General Motors recently announced that they will be carbon neutral by 2040 and Apple has promised to be carbon neutral by 2030.

So where is Australia on the path to climate justice?

Australia’s per capita emissions are frequently ranked among the worst globally.ii Current policies advocated by the Australian Federal Government are only marginally changing this abysmal title. The Climate Change Performance Indexiii scores Australia in the worst category, keeping company other poorly ranked countries like Russia, Iran and Kazakhstan.

Climate and energy policy in Australia, especially at the federal government level, has long been fraught and toxic. The attempt to pass laws on climate and energy has been a critical catalyst for the coup-like removal of the last seven Prime Ministers; turning the past 17 years in Australian politics into a constant deluge of disappointment for those concerned that Australia is not acting on the planetary climate crisis.

Spanning the Labor/Liberal divide, past governments have and continue to maintain significant and widely criticised connections to the minerals sector. Described as a ‘revolving door’iv, public servants and politicians move with impunity from positions within the government to private and vis versa in apparent disregard for parliamentary code of ethics.

Though not limited to the minerals industry, the conflict of interest is blaring. To highlight just one of many cases, take Brendan Pearson. Before entering government, he was CEO of Australia’s top minerals lobby group, the Minerals Council of Australia (MCA). And prior to his position with the MCA he was vice president of government relations at Peabody Energyv, one of the leading private coal companies in the Australia were he got the title of “chief lobbyist”.vi

Pearson is now a senior advisor to the Prime Minister, working alongside former colleague from the MCA John Kunkel.vii

Against this background of government intransigence and denial of the climate science occurred a catastrophic 2019/20 summer season. While well covered in the media, the severity of the fires remains difficult to describe – the overwhelming scope of burning and death count hard to grasp. Firefighting chiefs and health experts told the subsequent Royal Commission into Australian preparedness that fires directly killed 33 people and smoke took the lives of 445 more.viii The death count for non-human animals is truly difficult to fathom, the World Wildlife Fund (WWF) reported 3 billion vertebrates were negatively affected, either killed or displaced.ix

‘Black Summer’ was a moment for reflection and a wake-up call for Australians. As with the wildfires that covered much of the West Coast of the United States, people were frightened that this might herald the new normal of summertime, one dominated by catastrophic fires. The links to climate change now apparent, it was thought there would be no going back. No longer could politicians maintain positions that cast doubt on climate science.

But this transformation was not born out in any change in policy. The seismic shift so many expected did not transpire. What we have seen was business as usual. In response to the Covid-19 generated economic downturn, for example, the Government, with bipartisan support, released their so-called “gas-fired recovery plan”. Proponents of the plan, notably in Government and the fossil fuel sector, suggest that gas would facilitate the phasing out of other, ostensibly more emissions-intensive fossil fuels, like coal.x Critics view the plan as yet another opportunistic venture that is profiteering at the expense of a safe climate.xi

Along with committing domestic energy grids to gas, the Australian Government is also continuing to approve new coal mines. One recently approved mine in Central Queensland is expected to have an 80-year working life, bringing Australian coal into the twenty-second century.xii

Though motivated more by political than ethical interests, this – and not the shock of the fires – may, in fact, be the turning point for Australian politics. True, the fires made excruciatingly clear the ethical reasons for action on climate change, but it is these moves by the US and China that are galvanising an argument for change. Australian politicians may be forced to act not because their electors want them to, but because their political donor’s (the fossil fuel lobby) economic viability is disintegrating.

Still there is an open question: will Australian policymakers dig in and continue to support and subsidise the fossil fuel sector, or could this signal the end of coal?

For people who advocate for climate justice and more substantial emissions reduction policies, in Australia at least, there has been a quiet optimism – dare, even hope – that this might be a turning point for the Australian economy and our relationship to the climate.

Could this be the moment Australia finally flips and joins the fight against the planetary climate crisis? Maybe. But this moment has also revealed a sad truth – that the Australian Government is moved more by an economic pressure than the moral conviction and duty to protect, not just the current and future generations of people, but also the non-human animals and ecosystems we share this world with. If it is hope I feel, it is certainly darkened by melancholy and bitter disappointment.

Share
Previous ‘The Boba Generation’: a portrait of Asian Australian youth culture
Next Vulnerability Through My Less Lived Years