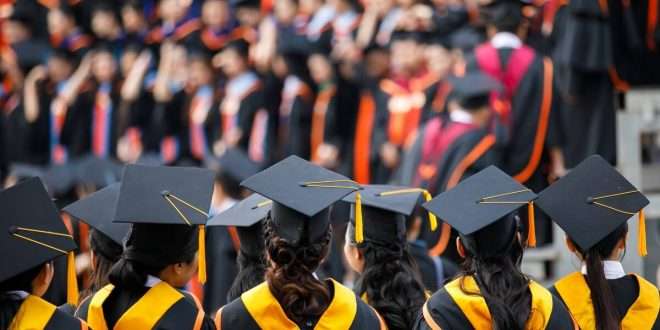 A recent Australia Institute report calls for change across the university sector in response to funding cuts and successive neoliberal education policies.

Last week, the Australia Institute released a report on the future of public universities in Australia. The report was commissioned by the National Tertiary Education Union (NTEU) and outlined the “current worrying state of Australia’s higher education sector”, examining the impact of neoliberal education policies and real term cuts to university funding.

The report found that funding from the federal government as a proportion of all university revenue has more than halved since the 1980s, and that the most recent federal budget forecasts a further cut to real university funding of 3.4%. It also offered a scathing review of the Coalition’s Job-Ready Graduates reform, which reduced government spending on student learning by $1 billion per year, while increasing total student contributions by $414 million per year.

The report also underlined the significant impact of the pandemic on the university sector. Total university revenue fell by $1.9 billion in 2020, largely as a result of reduced revenue from international student fees and the federal government’s decision to exclude universities from JobKeeper.  The sector saw total employment in the sector fall by almost 40,000, with over 90% of those positions being permanent, full-time positions. The report also showed that universities are now re-hiring some casual staff to compensate for the pandemic job losses, further accelerating the casualisation of the sector.

However, the Australia Institute economist and the report’s author, Eliza Littleton, said:

“As devastating as the pandemic has been for Australia’s universities, the sector was being distorted and damaged by corporatisation, casualisation, and privatisation long before COVID arrived”.

Supportive of the recommendations of the report, Alessandro Pelizzon, speaking as a member of Public Universities Australia, said:

“University governance must be at the forefront of the much-needed changes to the tertiary sector. Our universities’ governing bodies have seen a progressive decline of members of the universities themselves in their composition, resulting in a profound misalignment with the real needs of universities”.

Across Australian universities, academic boards and senates are often dominated by university management and executives. At UNSW, only a third of the members of the University’s Council are elected, and there are only two students.

However, Pelizzon was also critical of the overly economic focus of the report.

“Education must be framed as a public good. It must be safe from an economically-centred viewpoint that seeks commodification and presents a university degree simply as a stepping stone to the professional workforce”.

On the release of the report, Alison Barnes, the President of the NTEU, said:

“The next Australian Government could remove the financial barrier to higher education, employ more than 26,000 staff in secure full-time jobs, restore research funding, reduce the over-reliance on casual staff and establish a new higher education agency to improve governance”.

Neither the Labor Party nor the Coalition have announced education policies that remotely correspond with the report’s recommendations. The Coalition announced real-term funding cuts to universities in their last budget, along with a ‘Research Commercialisation Plan’ which aims to further align research with the market and capitalist interests. Labor has announced a plan to make TAFE free and increase university places by 20,000.

“Free university and wiping student debt would give students the best opportunity to get ahead in life. In the balance of power, The Greens will push to make this a reality”.

She also emphasised that “It’s critical that our campuses are democratic and equitable, and run by and for staff and students. For too long, universities have been run like corporations. It’s time to reimagine our universities and ensure they are treated as a public good”.

Georgie Beatty, president of the National Union of Students, calls for students to think about education policy at the ballot box after the devastation to the sector caused by Scott Morrison and the Liberal Party. She emphasised the need for students to stand in solidarity with workers to get tangible change in the sector. She said:

“Real improvements for our university won’t just come from above, we need to fight and mobilise students and union members to get action on the report. That fight starts now and that’s why I’ll be joining staff on the picket lines next week where the NTEU has called for industrial action at USYD”.

Likewise, Anastasia Kanjere, a rank-and-file NTEU member who is currently running for General Secretary of the NTEU (the first time the position has been contested by a rank-and-file member) highlighted the importance of collective power.

“Higher education is indeed at a crossroads and this plan sets forward an ambitious and welcome roadmap for turning in the right direction. Along with bold and comprehensive policy initiatives like this one, though, we also need to be thinking about addressing the crisis of collective power that has led the university sector into this position in the first place”.

Campaign representatives from the Labor Party and Coalition did not respond to Tharunka’s request for comment.