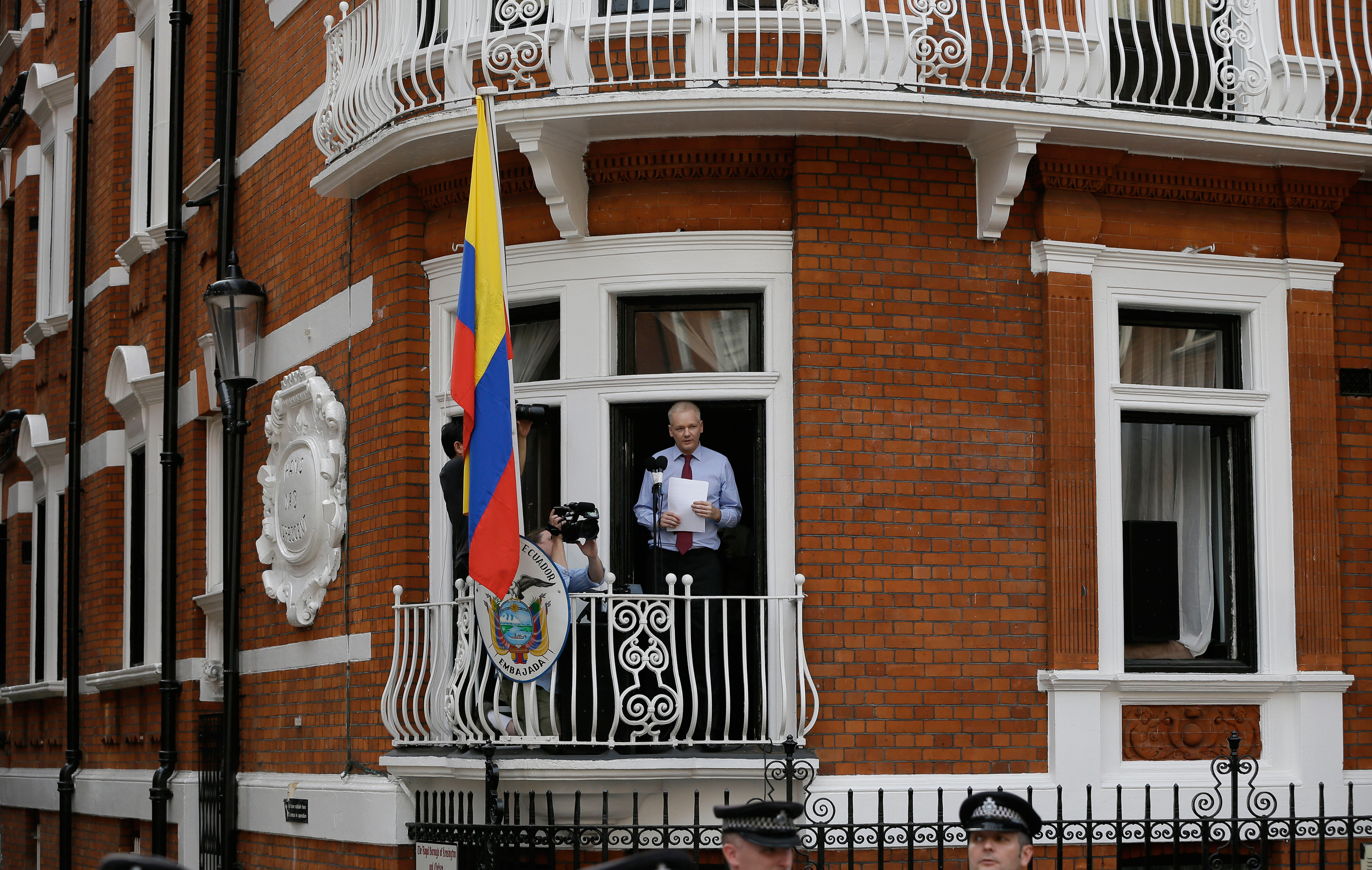 For the past two years, the media has been capturing the debate of whether Australian ex-hacker Julian Assange, currently in the UK, should be extradited to Sweden, where he faces rape charges. Palacio had claimed to be running from political persecution, because before Assange turned to Ecuador in search of asylum, Correa had won a libel case sentencing Palacio to three years in prison, and to pay a fine of $40 million. Emilio Palacio, a columnist of one of Ecuador’s major newspapers, El Universo, had questioned Correa’s rescue from an army raid in 2010, stating that the president was a “dictator” who had instructed soldiers to shoot at the hospital he was holed at.

There was also the $2m lawsuit against the writers of the book El Gran Hermano (Big Brother), which quoted the president’s brother, Fabricio Correa, admitting that Correa was aware of illegal government contracts.

The two authors, Juan Carlos Calderón and Christian Zurita were each charged with $1m in fines for defiling Correa’s “honour, dignity and good name” and causing him “spiritual damage”, although the authors were not claiming to know the fact, but merely quoting Fabricio Correa, who still openly reiterates his original statement.

The question then is not whether these journalists in Ecuador are in fact telling the truth, or whether their publications are founded upon opposing political views, but rather whether administering such disproportionate sentences to journalists could be a subtle and, in the long-term efficient, attempt at media censorship.

Twenty radio and television stations have been closed down since 2008, according to Ecuadorean media watchdog organisation, Fundamedios, while 533 attacks on journalists were recorded in the same period; 100 of those attacks have taken place within the last year.

President Correa’s pursuit of opposing media, along with his ironic endorsement of Julian Assange, have led to media and international criticism likening him to other “extremist” left-wing Latin American leaders such as Venezuela’s Hugo Chavez and Cuba’s Fidel Castro.

For the U.S. and its allies, this is a negative thing. For some Ecuadoreans, it is very much a positive one. Before Correa won the presidency in 2007, Radio Nacional was the only state funded media outlet. As reported by The Guardian, the president’s supporters say it was time for a much needed “rebalancing of the media”, which has been heretofore largely private-owned by a select and reduced elite.

The editorial director of El Telégrafo newspaper said that the Committee to Protect Journalists (CPJ) and Amnesty International exaggerate the situation in Ecuador.

“Ecuador is going through a golden age for media freedom. Citizens now have so much space for expression, through social networks, public media, community media as well as blogs and websites”, he told The Guardian.

Correa himself has defended his stance by arguing that he is simply seeking to target “corrupt” press and bring an end to the elite’s media monopoly.

Additionally, the president has complained about international “double standards”, comparing Ecuador’s sovereign decision to grant asylum to Assange to the United Kingdom’s refusal to extradite former Chilean dictator, Augusto Pinochet, to Spain, based on humanitarian grounds.

Nonetheless, critics remain skeptical of Correa’s motivations to target national opposition media, while simultaneously supporting Assange in the name of freedom of speech. Skepticism may be inevitable when the reporters who faced libel charges are considered some of the best investigative journalists in Ecuador.

Some have argued that Assange’s asylum was an opportunistic move on Correa’s part, to attract international media attention and encourage a strong following from voters.

Others have suggested that it was a tactic to distract the public from his political campaign ahead of elections on February 2013, much like he did with his claims that the police riot was a coup d’état in 2010, eventually encouraging nationalist tumults while discouraging rebellion within his party and the opposition (the controversy over which Palacio ended up in exile).

Indeed, this supposed coup was seen as one in a series of theatricalities that have come to form Correa’s political tactics. His efforts to publicly “pardon” the journalists who defamed his honour in February was closer to a staged one-man show than a genuine truce, as the owner of El Universo, Carlos Pérez, admitted to SBS’s Dateline program.

In one such theatrical appearances at Columbia University in New York, Correa went so far as to say that he did not understand how there could be “no jail sentence for damaging a human being’s honour, although there is jail for those who are charged with mistreating a dog”.

These views are now reflected in Ecuador’s new media laws allowing the government to restrict any publication or broadcast it deems inappropriate, and mandatory blockage of any kind of media during elections.

Why Assange would chose such a protector might be less a question of common ideologies than a matter of available support in a desperate situation. But as the executive director of Fundamedios told Dateline earlier this month, if Assange was working in Ecuador, he would probably in prison by now, or seeking political asylum in a different country.