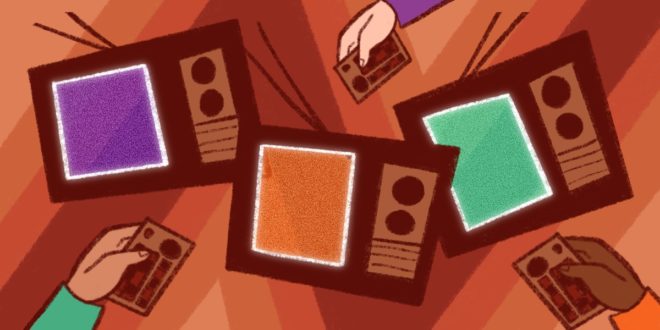 Are You Still Watching? The Age of Reboots, Remakes and Spinoffs – How Hollywood is Leeching Off Nostalgia

With every remake, reboot and spinoff of a classic, Hollywood edges closer to tarnishing their empire and replacing it with sheer mediocrity.

With Hollywood scrambling to produce content; reboots, remakes, and spinoffs are inevitable. The ‘regurgitation’ of classics has proven to be a double-edged sword that often divides viewers, with some keen on seeing characters and stories returning to their screens and others arguing that these releases “ruin the original.” While there is nothing more liberating than getting your fix from Hollywood, there seems to be a rampant obsession with nostalgia where every “new release” is nothing other than a revival of existing media. While there is nothing wrong with revisiting the past, some may say that reproductions tarnish beloved classics. Films such as Charlie’s Angels (2019), Ghostbusters (2016), and Jumanji (2017), to name a few (the list goes on) have found themselves as victims of this recycling phenomenon.

Remakes, reboots, and spinoffs are all cut out from the same piece of fabric, trying to sew a dress that probably won’t fit. The difference between the three is simple: remakes directly parallel the original, allowing only cosmetic or trivial changes; reboots are remakes that allow for the introduction of new plotlines, characters and values; and spinoffs expand on certain aspects or characters from already existing media.  Arguably, while all the forms of reinvention risk ruining the original, remakes fly closest to the sun. Really, it’s a hit or miss!

Firstly, remakes are a recipe for disaster. There is nothing worse than classics being butchered to tell a story that’s already been told. Almost every piece of media to ever grace Hollywood is finding itself on the lap of a director, with the folds of a new script between a D-list celebrity’s fingertips (totally not a dig at Addison Rae landing the lead role for the She’s All That remake…). Indeed, there is something deeply underwhelming about so-called ‘Tik-Tok stars’ headlining such beloved classics. Truly, only time can tell whether He’s All That (2021) will be a surprisingly enjoyable remake or yet another film that “ruins the original.”

However, some remakes are inexplicably better than the original. HBO’s Euphoria (2019-) is a perfect example of a remake outperforming its predecessor, but perhaps it is merely everyone’s collective fascination with both the excessive fluorescent cinematography and Zendaya.

While remakes run a higher risk of ‘ruining the original’, reboots pose the threat of changing too much of what is already known. Understandably, reboots of several shows and films are making a return. Gossip Girl, Charmed, True Blood, Sabrina and That’s So Raven to name a handful. With the comfort of classics well etched into our minds, reboots hold the power to erase such greatness and replace it with mediocrity. Take Gilmore Girls: A Year In The Life (2016), which had received criticism from fans who felt as though the four-episode return ruined the original. However, few are immune to the lure of reboots, and one may often find themselves watching what will probably be hot garbage in the name of nostalgia. Damn you, Hollywood!

Now onto the lowest tier of reproductions, spin-offs. Understandably, Hollywood capitalism encourages a hefty number of spin-offs from every original show, waiting to be catapulted into the welcoming arms of the eager masses. The Vampire Diaries (2009-2017) and Pretty Little Liars (2010-2017) are prime examples of executive producers milking their respective universes dry, with both shows creating numerous spinoffs that were of varying quality but added little to the originals. We are left with throwaway call-backs and plotlines that are completely detached from the lore.

It’s no secret that Hollywood is at the apex of capitalism, but with every remake, reboot and spinoff produced and aired, the quality of their so-called ‘art’ declines like clockwork. Despite this, we still find ourselves pressing ‘play’ and anticipating the best.

Share
Previous The Beatles: Do They Have a Shelf Life?
Next Who am I? The struggle for diasporic groups in finding their identity