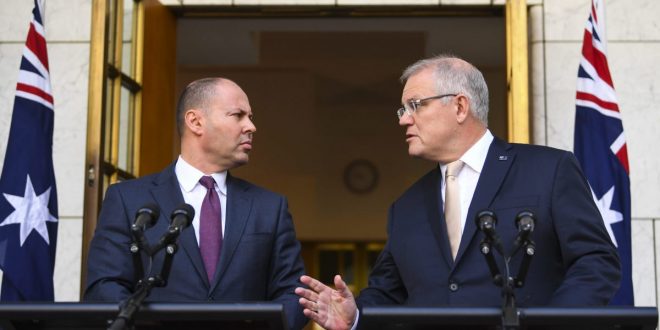 Are We Really The Lucky Nation? Australia’s COVID-19 Economy Compared With Developed Countries

Australia’s 28 years of uninterrupted economic growth prior to 2020 has led to us being dubbed the “lucky” nation. But more recently, it seems that Australia’s out-performance of every other developed nation besides South Korea, according to the International Monetary Fund (IMF), is less a result of luck so as much as quick and effective Federal Government policies.

Last month, Treasurer Josh Frydenberg announced that, given that our economy had contracted by 0.3% in the March quarter, Australia will be well into a technical recession, which is characterised by two consecutive quarters of negative growth. Australians have undoubtedly borne the brunt of the impacts of a recession, particularly unemployment, underemployment and business closures. The IMF has forecasted that Australia will contract by 4.9% in 2020, however relative to other advanced nations, who are to experience a downturn of 8% this year, we’re better off.

While there are numerous possible explanations for our stronger economy relative to other developed nations, the two most notable are the Government’s significant stimulus packages, and our ability to limit outbreaks efficiently and flatten the curve relative to other countries.

As detailed in the IMF report, many nations have implemented stimulus packages and emergency support payments similar to Australia’s, particularly to businesses, independent contractors, and unemployed workers. Similarly to many of these nations, Australia has been committed to integrating these fiscal policies such as cash flow support to eligible employers between $20,000 and $100,000, an increase in Jobseeker payments to $550 per fortnight, payments to households, relief to financially distressed business, and many others.

Why, then, is Australia still doing better than these countries?

In regards to policy, one of the most impactful policies which the Federal Government has implemented, unlike other nations, was the JopKeeper payments of $1500 per eligible worker fortnightly to aid businesses in covering the costs of employees’s wages. This ensured that these workers whose hours were reduced or who may have otherwise been laid off due to closures, kept their jobs, as the name ‘JobKeeper’ implies. This was particularly essential for small businesses, who employ 44% of the Australian workforce. This is one reason why Australia’s unemployment rate of 7.1%, while still high, is lower than the IMF’s initial prediction of 9% back in March.

Economist Diana Mousina confirms that such “supportive economic policies” has meant that we’ve emerged in “better shape” relative to our peers.

This is because income allows households to consume, which drives short term economic growth. While household consumption has declined by 1.1% (as expected) in the March quarter, this would have without a doubt been larger in the absence of government stimulus. Centrelink allowances and JobKeeper payments play an obvious role in stimulating consumption; they provide an income for people who aren’t working. Meanwhile, business grants and subsidies similarly play a role in ensuring these businesses remain afloat for as long as possible, allowing more workers to be kept on (through JobKeeper, along with other payments), and for small business owners to retain some sort of income.

Together, unemployment benefits, JobKeeper payments, and business grants and subsidies work to stimulate consumption. Thus, while consumption has fallen, it would have dropped at a much higher rate had such policies not been implemented.

However, upon the end of JobKeeper payments in September, there will likely be a massive spike in unemployment, and so the IMF has strongly warned against the sudden removal of such policies especially in sectors where they’re desperately needed.

Limiting the spread of the virus

It’s safe to say that Australia has done a relatively good job in limiting the spread of the virus compared to other nations, such as the United States. It was inevitable that in order to flatten the curve, which Australia has successfully accomplished, that the lockdown would cause the economy to contract, particularly due to the business closures and the unemployment that followed. This is the reason why GDP is predicted by the IMF to contract in developed nations by 8% in 2020.

However, in the long term, due to our ability to limit the spread of the virus, Australia has ultimately emerged in a superior economic condition over other developed economies – a point reiterated by many economists such as Mousina.

This is because flattening the curve has allowed for the economy to be gradually re-opened, as initiated by Morrison’s three step plan announced on 13th May.

So while many developed nations began reopening their economies in mid June and July, as highlighted by the IMF, Australia was head of the pack by beginning to re-open in May. This has meant that more and more people are going out and spending; albeit less than they were pre-COVID, but more than in countries where the virus is still prominent, such as the US.

Further, by limiting the spread, this ensured that certain sectors which haven’t been negatively impacted by the downturn primarily mining, could resume work earlier than comparable industries in countries where the spread has not been suppressed), contributing to our GDP and in turn, the relatively smaller contraction.

A second wave however will push the economy further into a recession, predicted to cost us $100 billion over the next two years. It is thus imperative that we each do our own part to continue to be vigilant and hygienic to avoid a second outbreak. As such, if Victoria fails to contain their outbreaks we run the risk of another massive hit to our economy, driving this recession deeper than it already is.

Therefore, while Australia has entered into its first recession in 29 years,  and Australians have undoubtedly experienced the hardships which followed, we are in a better condition than every other advanced economy besides South Korea. This position was due in large part to the Federal Government’s supportive stimulus packages to households and businesses, and Australia’s effective ability to suppress the spread of the virus – although Victoria’s recent spike is concerning.