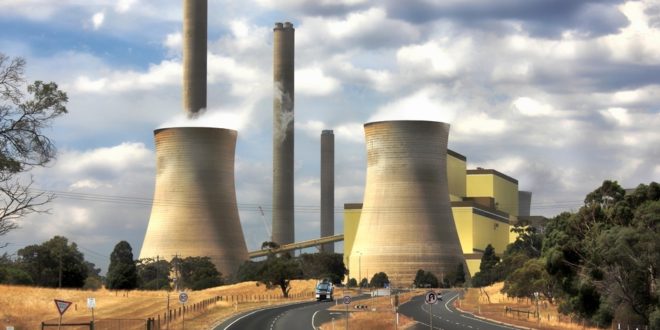 Last month, one student sparked debate on the UNSW Discussion Group page when they condemned UNSW’s decision to accept a $1 million gift which will support students pursuing research in nuclear science. The group’s reactions were mixed, to say the least.

On 22nd September, the William Tyree Foundation offered a $1 million gift to UNSW to expand Australia’s only nuclear education program. The donation will provide scholarships to 20 domestic students pursuing a master’s degree or PhD in nuclear engineering.

The decision was made after the announcement of AUKUS, a new security partnership between the US, UK and Australia. Under this pact, the US and UK will supply Australia with nuclear powered submarines in effort to counter China’s influence in the Indo-Pacific Region. UNSW’s Socialist Alternative (SA) criticized the deal, stating that Australia has involved itself into imperialist rivalry with China by sidelining with the US, a global powerhouse which also wants to dominate the region.

Gina Elias, a member of the group, shared a post criticising AUKUS and the $1m gift to UNSW. She said, “Scott Morrison, Biden and Boris Johnson sign a deal giving Australia nuclear subs tech that can kill people by stealth, signaling what mass destruction they’re willing to commit the rest of us to for imperialist rivalry! Education should be about learning, not businesses tied to militarism and war.”

Her post sparked outrage in the UNSW Discussion Page.

These submarines do not carry nuclear weapons and therefore do not violate the Treaty on the Non-Proliferation of Nuclear Weapons (NPT). The NPT does not ban the use of nuclear weapons, rather it prevents attainment of nuclear weaponry in the first place. To clarify, the treaty would be violated if for instance, Australia was developing nukes without outside support or if the US and UK provided nuclear weapons to Australia.

Several people have pointed out that the AUKUS deal could lead to a deeper push for nuclear energy in Australia.

Michael Alford commented on the UNSW Discussion Group post, “Nuclear power, for example, is a relatively environmentally friendly, relatively sustainable, and incredibly safe technology (much safer than oil, coal or gas…), and one that Australia, with its vast uranium reserves, should really be considering more seriously.”

Australia has been consistently criticized for over-reliance on coal-fired power and the future outlook for thermal coal does not look promising. Australia’s key export destinations including China and South Korea will move away from coal-powered electricity and most Australians are convinced that climate change has accelerated drought, bushfire and flood occurrences. Renewable energy is a clear winner here and is one of the reasons why researchers are investigating further into nuclear energy.

Nuclear energy does have its downsides too. Deploying nuclear reactors is extremely expensive and time consuming. There are also concerns of using nuclear power for terrorism, potential meltdowns and exposure to radiation. SA’s anti-nuclear outcry is understandable but we can address these issues by investing into research and innovation.

Easha Malik comments, “What is the point of education if it can’t be practically applied. Also, y’all push for solving climate change all the time but all you do is scream in the streets, hold meaningless protests, and vandalise buildings. The solution to our environmental crisis is to INVEST IN INNOVATIVE TECHNOLOGY” – and she isn’t entirely wrong. For example, Small Modular Reactors (SMR) have gained popularity in recent years because of their scaled-down size and improved safety over traditional reactors. It will take time to change societal views, but research is key to boosting public confidence in new technology.

Some students were concerned about the insubstantiality of $1 million to support students in their further studies. Mohammed Ali said, “Um, I’m not an expert in nuclear research, but …How much is a million dollars really gonna do?” Bak Nilz substantiates Ali’s point: “$1 million doesn’t even buy a flat in Sydney let alone a nuclear reactor.”

There is another problem too. Why was the fund announced just after AUKUS was established? The motive behind UNSW’s decision is not clear.

Paul Toro said, “It’s not an accident that airheads think it’s ok to spend billions of dollars on nuclear research for the sake of war and imperial aggression but can’t see the value of studying history and critical thinking.”

The China-Australia relationship is deteriorating and even though it is bound by bilateral interests, it is also interested in strategic concerns. With Australia’s allegiance to the US, our nation has ended up torn between Asian and Western interests. Australia decided to put its interests in the US and UK first, which has not fared well with nations including France and Malaysia. Despite $1 million being an allegedly insubstantial amount of money, students are concerned with exactly who is benefitting from the initiative.

With the vocal contingent of students in UNSW Discussion group in favour of the fund, Socialist Alternative appears to remain an outlier in field public opinion.

Share
Previous Opinion: We need to protest COP26
Next From the Homeland to the Diaspora: An Assyrian Outlook