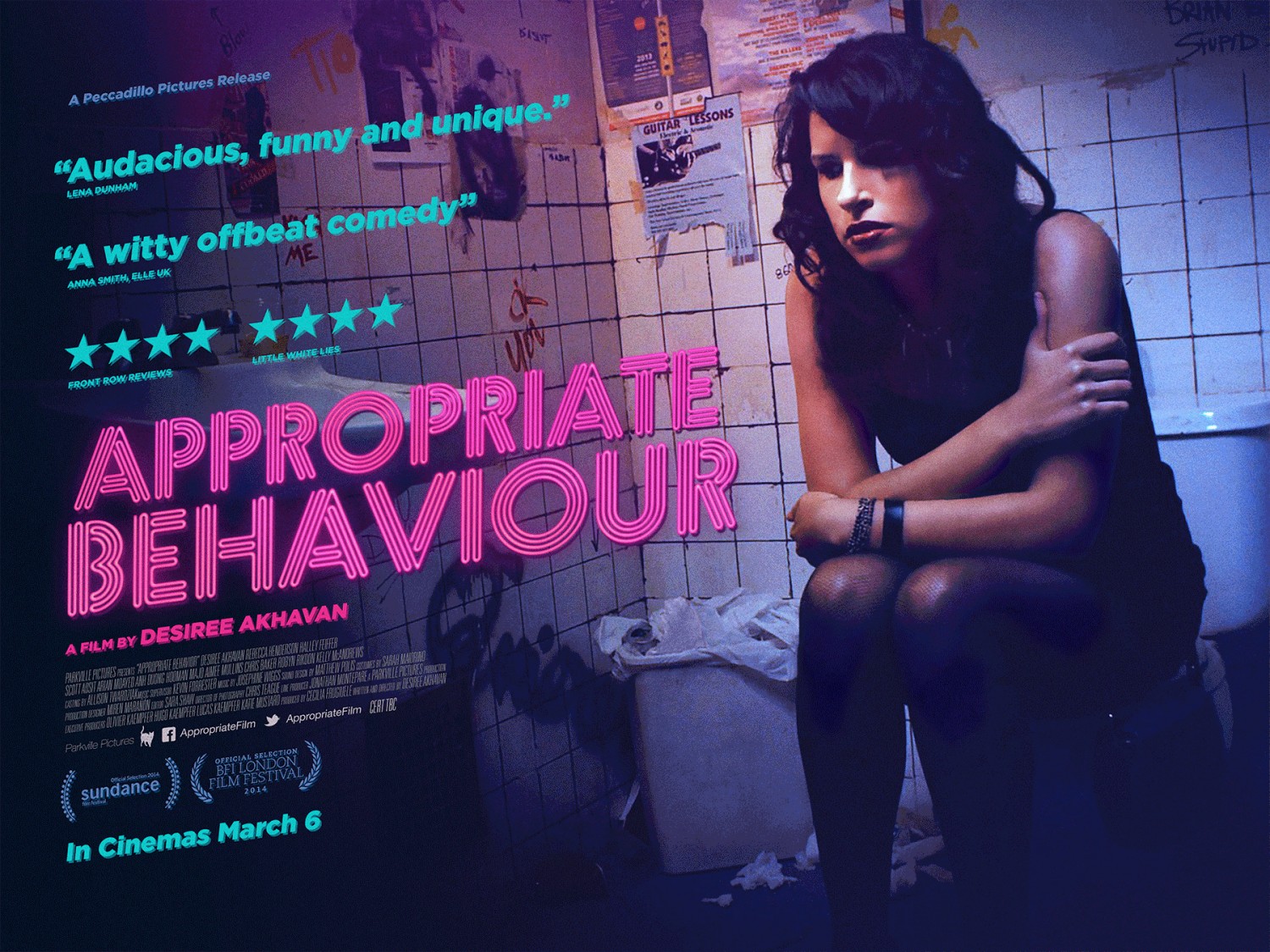 This year’s Mardi Gras may not have been plagued by the rain, but it did face criticism for underrepresentation of certain facets of the LGBTIQA community – particularly transgender, non-binary genders and bisexuals – a clear indicator that all aspects of society face issues with identity. So, let’s talk about it.

To say that writer/director Desiree Akhavan “gets me” would be to put it extremely mildly. I’m not in the habit of making wild clichéd statements about films or how they revolutionize how we think or feel about a particular group of people, but I do believe that films can impact how you feel about yourself.  Appropriate Behavior is that kind of film.

Moving beyond the fact that this film is simultaneously beautiful and hilarious, let’s get to the real reason why it’s worth spending an hour and a half of your life viewing it, which all has to do with how we think about identity, and how we represent our own identities.

This is the kind of film that is not interested with making you feel comfortable. It is not here to guide you through societies often stereotyped and simplistic ideas about sexuality, identity and womanhood.  This film is not presenting any excuses for its characters and their behaviour, and like its protagonist, it is simply trying to express itself in a genuine and true way, not in an appropriate or digestible cliché.

Shirin (Akhavan, who also stars) is just trying to find a niche in the world that remains true to the multiple identities she inhabits: as a woman of colour and as a bisexual woman within her own ideals of herself as lover, daughter and friend. This is what makes it not only a good film, but also an impactive one. Shirin is trapped in the same cliché that many of us seem to helplessly fall into – fulfilling a role that has been created for us, simply because it’s much simpler than accepting that we are complex and often flawed individuals, and that we sometimes act in less than acceptable ways.

What makes this film important is not that it presents a new voice for queer people, for female identifying people or for people of colour. What is important about this film is that it successfully presents that there can be more than the one voice or one perspective which has been presented to use by the society in which we live. That we are all nuanced individuals who inhabit multiple spaces and identities, and all of these are not only equally valid but equally require representation within the society in which we live, and within the communities we form.

A film cannot change the way in which queer people are viewed within our society, just as much as no matter how important it is that Mardi Gras exists, it cannot change the issues that the LGBTIQA community continue to face and just as much as this article is a quick thought on a difficult topic – but an 86 minute film which makes you feel something more about sexuality and identity than just what is presented to you, is one which deserves our attention.